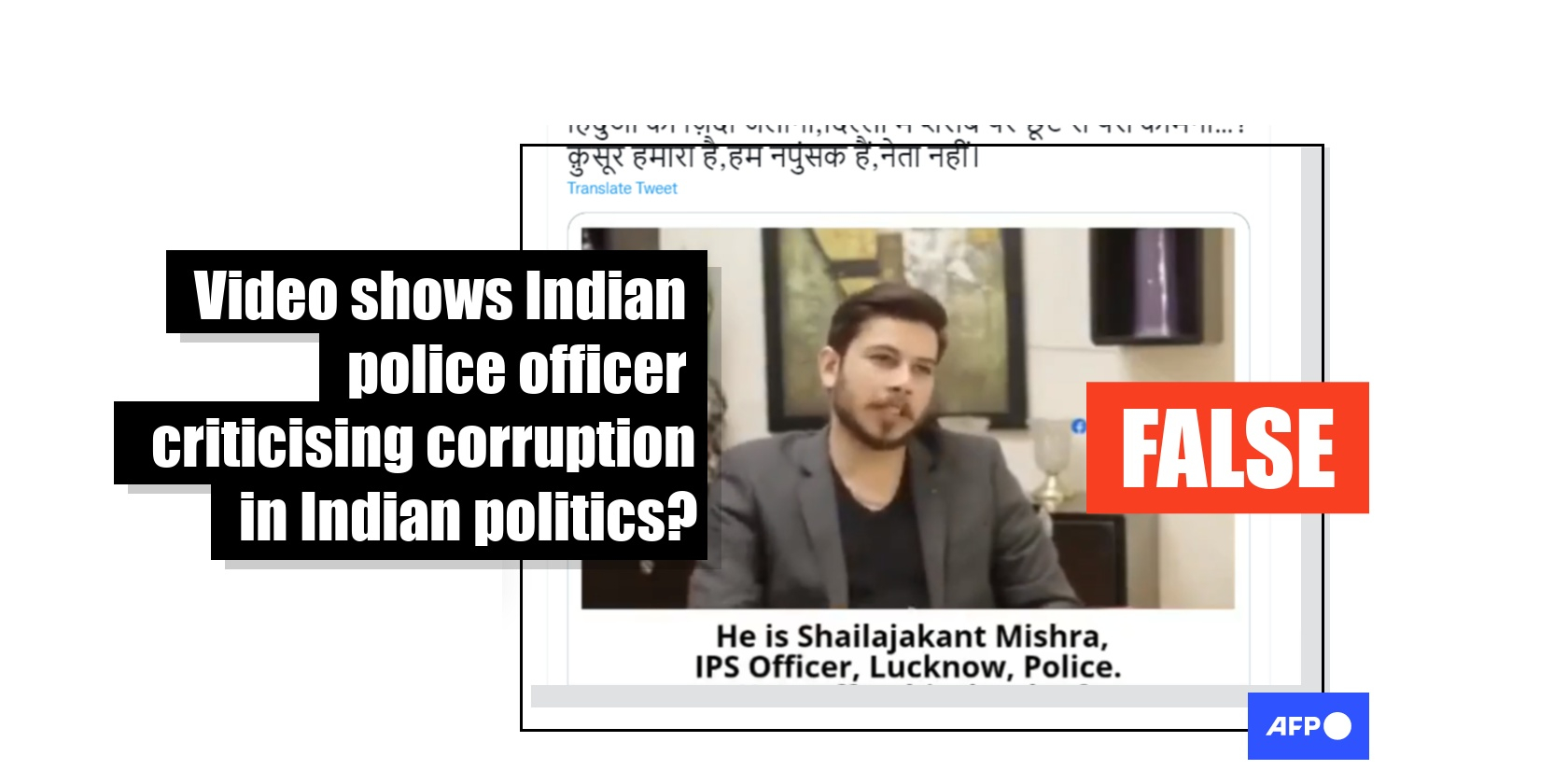 A video has been viewed hundreds of thousands of times on Twitter alongside a claim it shows a veteran Indian police officer speaking about alleged corruption in the Indian political system. This is false: the man seen in the video is a YouTuber, not a police officer. The YouTuber told AFP that he originally posted the video in July 2020.

The six-minute 53-second video was posted here on Twitter on August 27, 2022 by Harinder Singh Sikka, an Indian Navy veteran and author.

The video -- viewed over 700,000 times -- shows a man speaking in Hindi about politicians who are facing criminal charges for various incidents.

He goes on to speak about alleged corruption in political elections in India.

The text superimposed on the video claims the speaker is an officer in the elite Indian Police Service (IPS) in Lucknow, a city in the north Indian state of Uttar Pradesh.

It reads, "He is Shailjakant Misra, IPS officer, Lucknow, Police. Hats off to the depth of his knowledge."

Quoting data from research bodies, the man in the video says, "According to ADR's (Association for Democratic Reform) research, a politician with criminal charges has thrice the chances of winning elections."

Referring to major events in India's history, Sikka shared the video with a Hindi-language caption that translates as, "Please spread this bitter truth to every countryman. We are devoted to criminal politicians like slaves since independence.

"Emergency, Operation Bluestar, Sikh massacre in 1984, Hindus burnt in Godhra train, making money out of liquor sale in Delhi…? It is our fault, we are impotent, not the politicians."

The caption refers to the 21-month-long emergency imposed in India by the former Prime Minister Indira Gandhi in the 1970s; the assassination of the Sikh separatist leader Sant Jarnail Singh Bhindranwale in 1984; Sikhs massacred in 1984 following the killing of the former PM Indira Gandhi; and Hindu devotees burnt alive in a train in 2002 in the western Indian state of Gujarat. 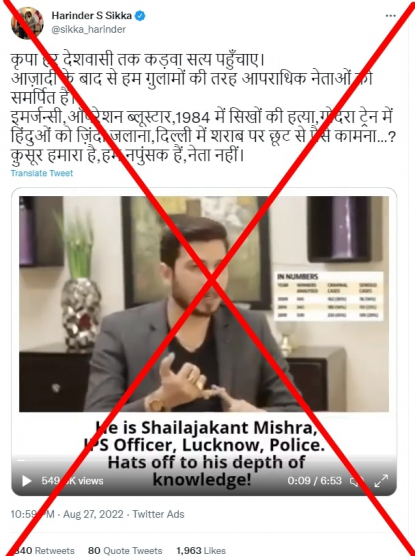 A screenshot of the misleading tweet taken on August 31, 2022

The video has circulated online alongside a similar claim since at least 2020, as seen here on Facebook and here on YouTube.

However, some users identified the man as YouTuber Nitish Rajput in the comments section of the posts.

Rajput, who has more than one million YouTube followers, posted his original video on his channel on July 26, 2020 with the title, "Why Criminals Win Elections. Nitish Rajput."

In response to the misleading posts, Rajput told AFP he was the person in the video.

"I am a YouTuber and an entrepreneur, not a cop. In the video, I was talking about how politics has been criminalised," said Rajput. 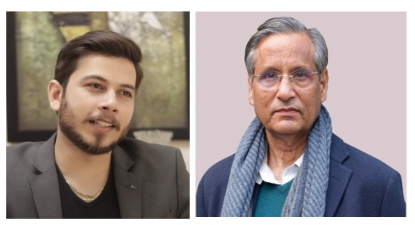