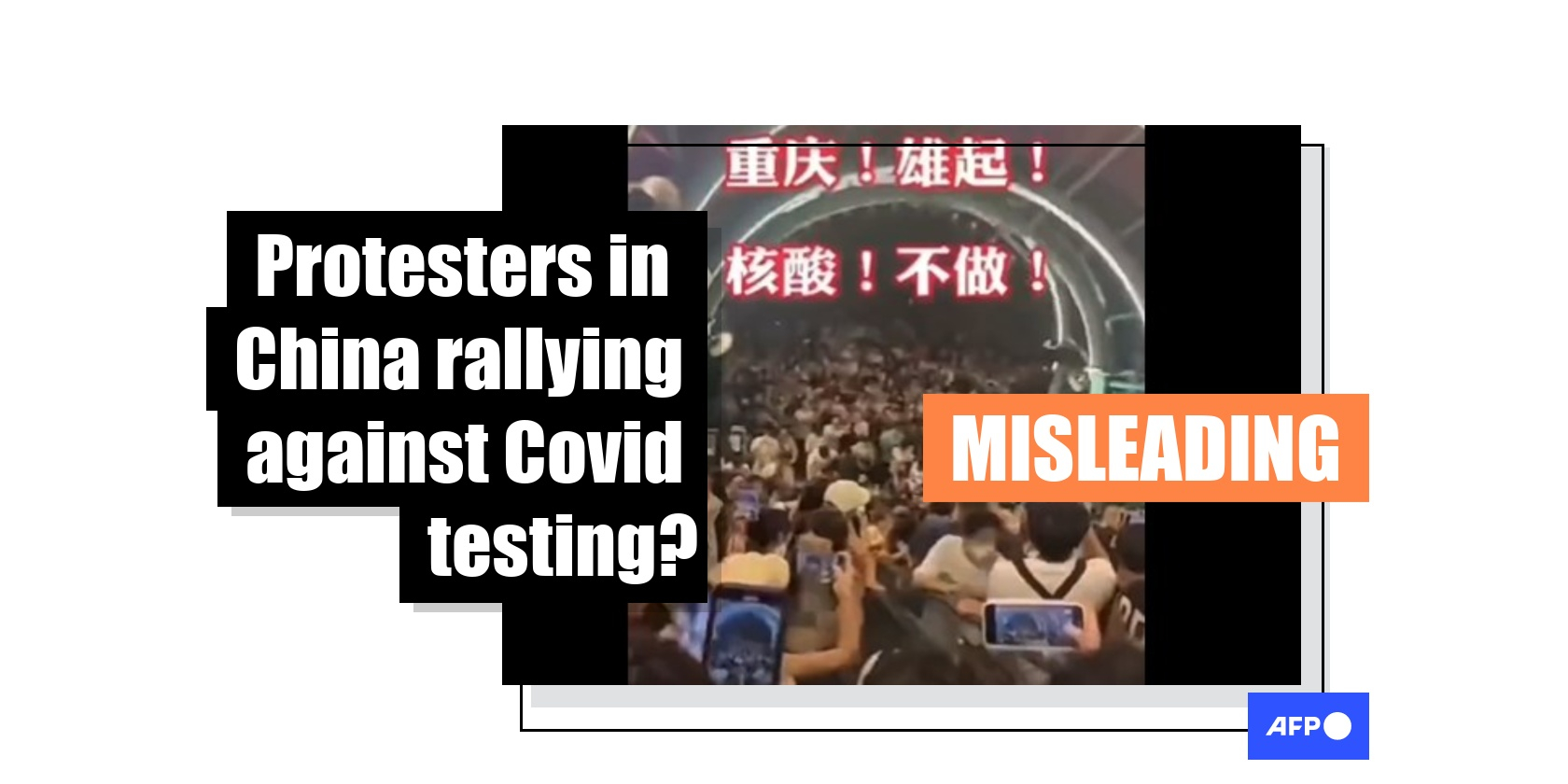 Footage of a crowd shouting has racked up hundreds of thousands of views in posts claiming it shows protesters rallying against mandatory Covid-19 testing in Chinese megacity Chongqing. However, while residents of the city have genuinely protested against Covid measures, the video is unrelated to the pandemic. It actually shows music fans chanting in support of a rapper at a concert in Chongqing in July 2022.

The video, which has had more than 160,000 views, shows a crowd moving up an escalator under a dome-shaped ceiling as they chant "this is Chongqing!" in the local Chengdu-Chongqing dialect.

Text superimposed on the video reads: "Chongqing! Stand up! Covid-19 PCR testing! We are not doing it!"

The video was shared in similar posts on Twitter and Facebook, where it was viewed another 75,000 times. 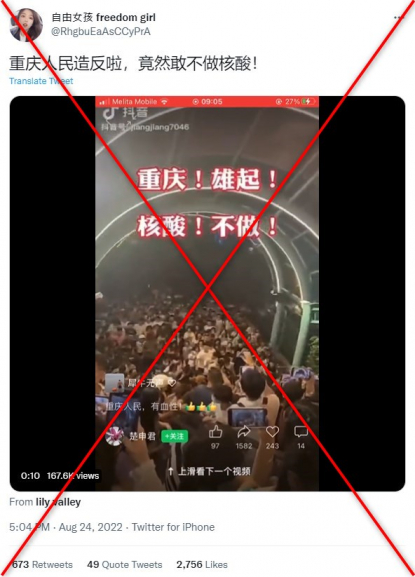 Screenshot of a tweet sharing the misleading claim, taken on August 31, 2022

China is the only major global economy sticking to a zero-Covid policy, with lockdowns, travel restrictions and mass testing remaining commonplace in everyday life, along with masks.

In Chongqing, authorities were reportedly forced to lift a lockdown in the Shapingba district on August 28 after hundreds of residents left their homes to protest about being confined despite testing negative for ten consecutive days.

The move came days after residents in the megacity complained online about queueing for hours in sweltering heat for compulsory mass testing required in the wake of an outbreak.

While some social media users pointed out that the video circulating online did not show a Covid-related protest, others appeared to believe it did.

"Once their leader is caught, they'll all go back to obeying [Covid-19 testing rules]," one comment read.

"Cities across the country should unite and resist," another wrote.

The phrase chanted by the crowd in the video, "this is Chongqing", was made popular by Chinese rapper Zhou Yan on the televised rap competition The Rap of China in 2017.

Zhou, also known as Gai, won the contest and shot to fame in China, along with his catchphrase, uttered in the local Chongqing dialect.

A search for "this is Chongqing" on Douyin, the Chinese version of TikTok, found a video similar to the one circulating online in a post about Gai performing at a concert in the city.

The footage shows a crowd uttering the same chant as they move up an escalator under the same dome-shaped ceiling.

Below is a screenshot from the video shared in misleading posts (left) and the similar Douyin video (right). 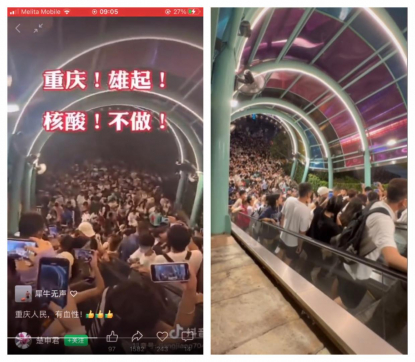 A screenshot comparison of the video in the misleading post (left) and the Douyin video (right).

The post is geotagged to the Chongqing Happy Valley theme park. The park said on Weibo that it hosted an electronic music festival on July 29 with Gai as a special guest.

Furthermore, the dome-shaped escalator corresponds to images from the theme park uploaded on Baidu. 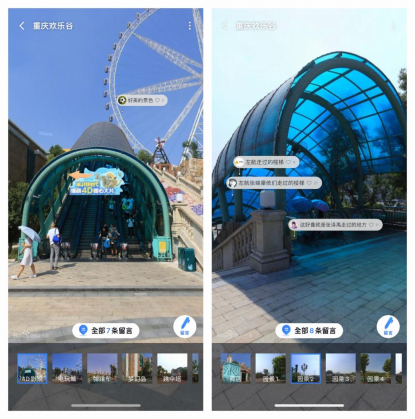 Photos of Chongqing Happy Valley theme park posted on Baidu, showing the escalator in the footage

Various music fans posted videos of crowds chanting at the concert, including here and here.