Presidential candidate misrepresents number of Nigerians playing in the NBA

Nigerian opposition presidential candidate Peter Obi promised to make youth development a focus if he wins the election scheduled for next February. During an interview, Obi said the country already has the pool of young talent it needs to progress, claiming Nigerians make up about two-thirds of the players in the American National Basketball Association (NBA) league. But the claim is false; there are only five Nigerians listed by the NBA for the 2021-2022 season. Five more are listed as having ties to Nigeria through their parents.

Obi, the Labour Party’s candidate to succeed President Mohammadu Buhari, heads into next year’s general election with his campaign buoyed in part by his popularity among young Nigerians.

His claim, though, about Nigerian players in the NBA is false.

Among the 109 international players registered for the league’s 2021-2022 season, only five are from Nigeria , according to the NBA. 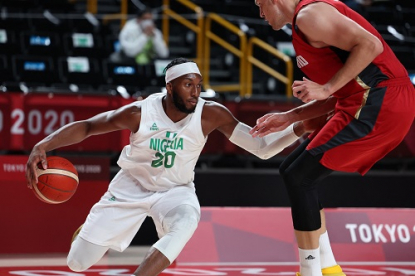 The five players listed as Nigerians are Charles Bassey who plays for the Philadelphia 76ers; Josh Okogie of the Minnesota Timberwolves; Precious Achiuwa of the Toronto Raptors; Udoka Azubuike of Utah Jazz and Chimezie Metu of the Sacramento Kings.

Screenshot of the NBA’s 2021-2022 international roster

Five more players were listed as having ties to Nigeria.

They include the Milwaukee Bucks duo, brothers Giannis and Thanasis Antetokounmpo, who have Nigerian parents. They were born and raised in Greece, which they represent in international competitions.

Houston Rockets’ Usman Garuba is listed as a Spanish international but is tied to Nigeria having been born in Spain to Nigerian parents.

Also born to Nigerian parents, OG Anunoby of the Toronto Raptors is listed as a British international, having been born in London.

Phoenix Suns’ Deandre Ayton, who was born in the Bahamas to a Nigerian father, is listed as a Bahamian international.

Eugene Omoruyi of the Dallas Mavericks, one of the NBA’s “two-way players" – meaning a player in both the minor and major leagues – is listed as having ties to both Canada and Nigeria.

Nigeria was first represented in the NBA by Hakeem Olajuwon who was drafted in 1984. He was inducted into the Basketball Hall of Fame in 2008.