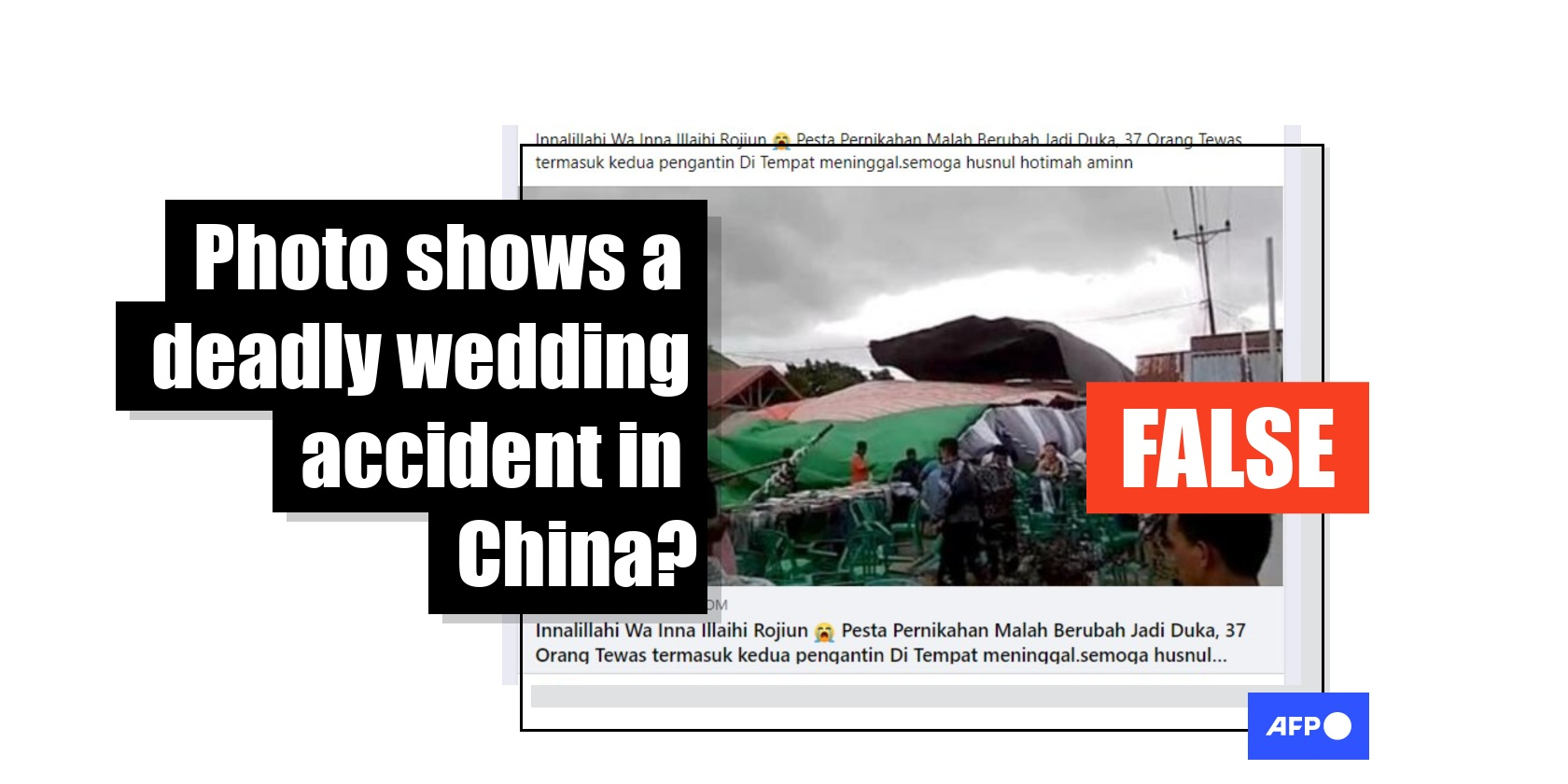 A photo has been shared in multiple Facebook posts and blog articles that claim it shows the aftermath of an accident at a wedding reception in China that killed 37 people. However, the claim is false. The photo has previously circulated in Indonesian news reports from October 2020 about a wedding tent collapsing. The reports said there were no casualties.

The photo, which appears to show a large tent that has collapsed, was shared here on July 12, 2022 in a Facebook group with more than 40,000 members.

The post's Indonesian-language caption reads: "Verily to Allah We Belong and to Allah We Shall Return. A wedding party turns into a tragedy, 37 people dead including the bride and the groom on the spot. May they rest in peace." 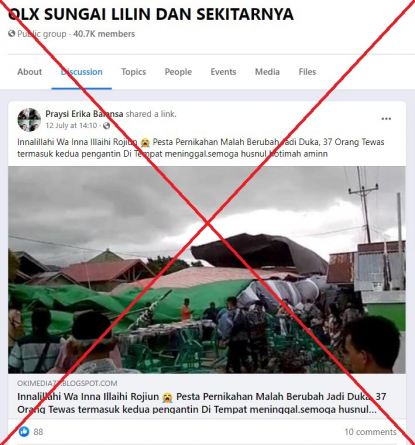 The post shares a link of a July 2022 Indonesian-language blog article that has the same title as the Facebook post's caption.

"A happy moment suddenly turned to sadness. A wedding party brimming with happiness suddenly turned into a tragedy after a disaster happened," reads the first paragraph of the post.

It says a brick wall collapsed at a wedding party in China's Fujian province, killing 37 people.

A reverse image search on Google led to a report by Berita Manado, an online news portal based in Manado, the capital of Indonesia's North Sulawesi province.

The report, published on October 18, 2020, said the incident occurred in the province's North Bolaang Mongondow regency.

Below is a screenshot of the photo in the Berita Manado news report: 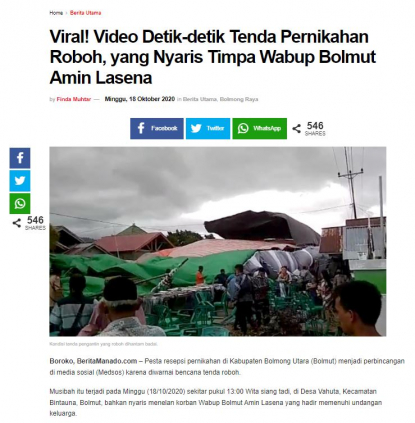 Screenshot of the photo in the Berita Manado news report

The article also embedded a video of the incident.

"Rain and strong wind in North Bolaang Mongondow regency, North Sulawesi caused a party tent to collapse. There were no casualties in this incident," the video's description partly reads.

"In the amateur video, residents can be seen running from the location of the wedding party."

Parts of the video show scenes similar to the image circulated in false posts.

Below is a comparison of the photo in the misleading posts (left) and a frame from the Kompas TV footage (right):

A keyword search for wedding casualties in China's southeastern Fujian province led to this report by state-owned broadcaster CCTV on June 22, 2021.

The report reads in part: "On June 22, at approximately 11:40 am, a group of people in Nanyang Village Group 13, Nanyang town, Shanghang county, Longyan city, Fujian province, had set up a banquet in an alley between the front and back of two homes. A sunshade cloth was attached to the two rooftops. Due to excess pressure on one side pulling on the surrounding brick wall of the roof, it collapsed and caused nine deaths and seven injuries."

AFP found no official reports about 37 people dying during a wedding reception in Fujian province as of July 20, 2022.