A video has been viewed thousands of times in social media posts claiming it shows livestock that drowned in Pakistan after the South Asian nation was battered by monsoon rains in July 2022. However, the video has been shared in a false context; it has circulated since 2020 in reports about livestock killed in floods in northern Saudi Arabia.

“Depressing. During the rain, livestock from Balochistan’s famous goat market drowned in the flood and lost their lives,” the post's Urdu-language caption reads. 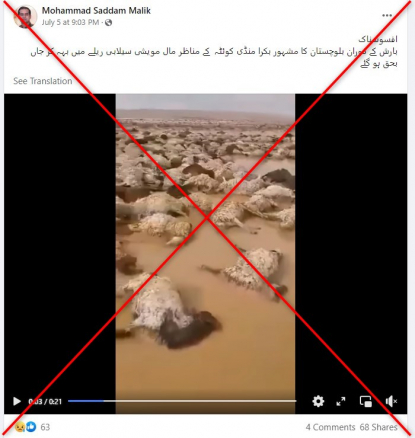 Most of the deaths were in the country's southwestern province of Balochistan, where 39 people drowned or were electrocuted by downed power lines.

A reverse image search, followed by a keyword search, on Google found the same video published by weather portal Arabia Weather on November 12, 2020.

"There is neither might nor power except with God. A great loss, may the Lord compensate him. More than a thousand sheep died in #Arar Valley due to torrential rains," the Arabic-language tweet reads.

On November 12, 2020, Saudi Arabia's Al-Marsd Newspaper published screenshots of the video in its report about 1,000 sheep that died in the Arar Valley after torrential rain.

Below are two screenshot comparisons of the video in the misleading post (top) and the photos in Al-Marsd's report (bottom): 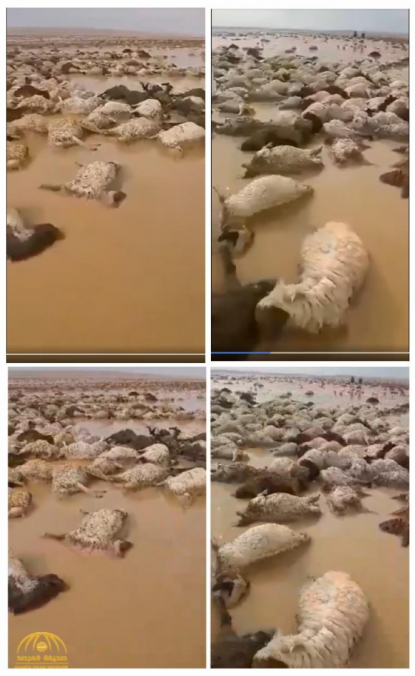 Parts of the footage were also used in November 2020 reports about sheep killed by flooding in Arar by Kuwait News, a newspaper owned by Kuwait-based Q8News, and online media outlet Iraq News.