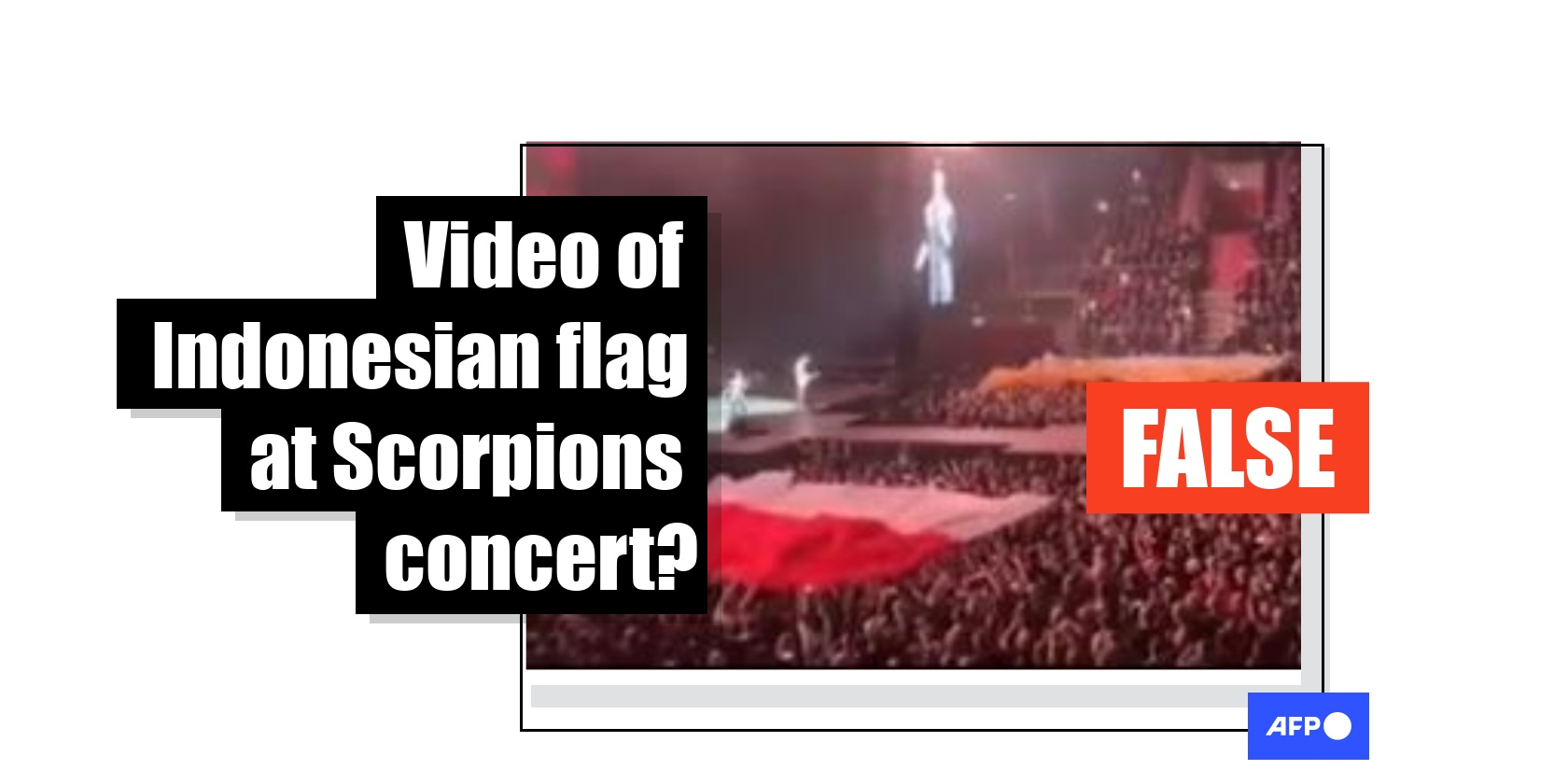 Two videos have been viewed over a million times in social media posts that claim they show an Indonesian flag flown during a concert by German rock band Scorpions after Indonesian President Joko Widodo visited Ukraine and Russia to urge peace talks in late June 2022. The claim is false; the videos were taken during a Scorpions concert in Poland on May 28, 2022. News reports say the Polish and Ukrainian flags had been flown at the concert, not the Indonesian flag.

The two-minute, 24-second clip shows two large flags being displayed by the crowd at a concert as a band performs on stage.

Indonesian-language text overlaid on to the video translates to English as: "Thanks to Mr Jokowi for his peace mission to Russia and Ukraine, the Indonesian flag was flown at the Scorpions concert, peace and love." 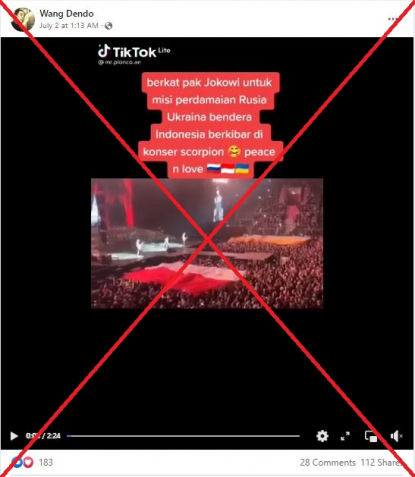 Screenshot of the first misleading post, taken on July 5, 2022

The Scorpions are a German rock band, whose melancholic rock ballad titled "Wind of Change" can be heard in the video.

Another video, which shows the concert filmed from a different angle, was shared on TikTok here on July 2, 2022, where it has been viewed more than 529,000 times.

The five-minute, 15-second video has a caption that reads: "the red and white flag flying at the scorpion concert."

Text overlaid on the video reads: "Thanks to President Jokowi's peace mission to Russia and Ukraine, the red and white flag was flown at the Scorpions concert." 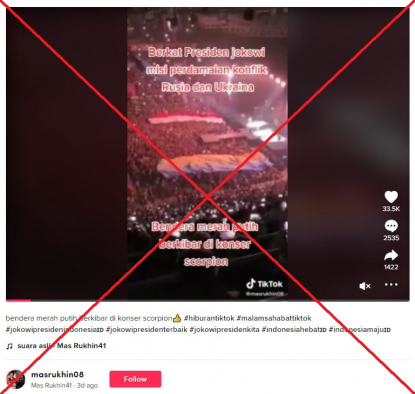 Screenshot of the second misleading post, taken on July 5, 2022

The video was also shared on Facebook here and here; on TikTok here; and on YouTube here.

The videos circulated shortly after Jokowi travelled to Ukraine and Russia to meet with the countries' leaders to urge peace talks on June 29 and 30, 2022.

Indonesia, which holds the rotating presidency of the G20 in 2022, has tried to maintain a neutral position and has called for a peaceful resolution to the months-long conflict between Ukraine and Russia.

A reverse image search and keyword searches on Google found this video, posted to YouTube on May 29, 2022.

Below is a screenshot comparison of stills taken from the video in the misleading post (left) and the genuine YouTube video (right): Keyword searches found this video, uploaded to Facebook on May 29, 2022.

The post's Ukrainian-language caption says the video was taken at the Scorpions concert in the Polish city of Krakow on May 28, 2022.

The next day, Ukrainian talk show The Great Liv Speaks posted the same video on its YouTube channel here, titled: "During the Scorpions concert in Krakow, people stretched the flags of Ukraine and Poland above their heads."

Below is a screenshot comparison of the video in the misleading post (left) and the genuine video on Facebook (right): 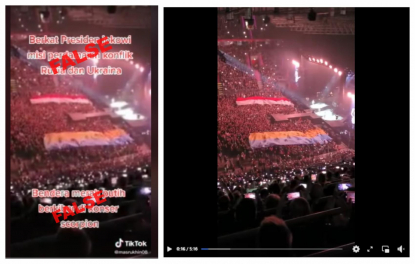 The Polish Press Agency reported that the flags of Poland and Ukraine were flown during the Scorpions concert in Krakow on May 28, 2022.

The first paragraph of the news report translates to English as: "The 50-metre-long flags of two countries -- Poland and Ukraine -- were unfurled during the Scorpions concert at TAURON Arena Krakow on Saturday. It was a gesture of solidarity on the part of the musicians towards the country attacked by Russia."

The Scorpions also shared a video from their concert in Krakow here on their official Instagram page on May 30, 2022.