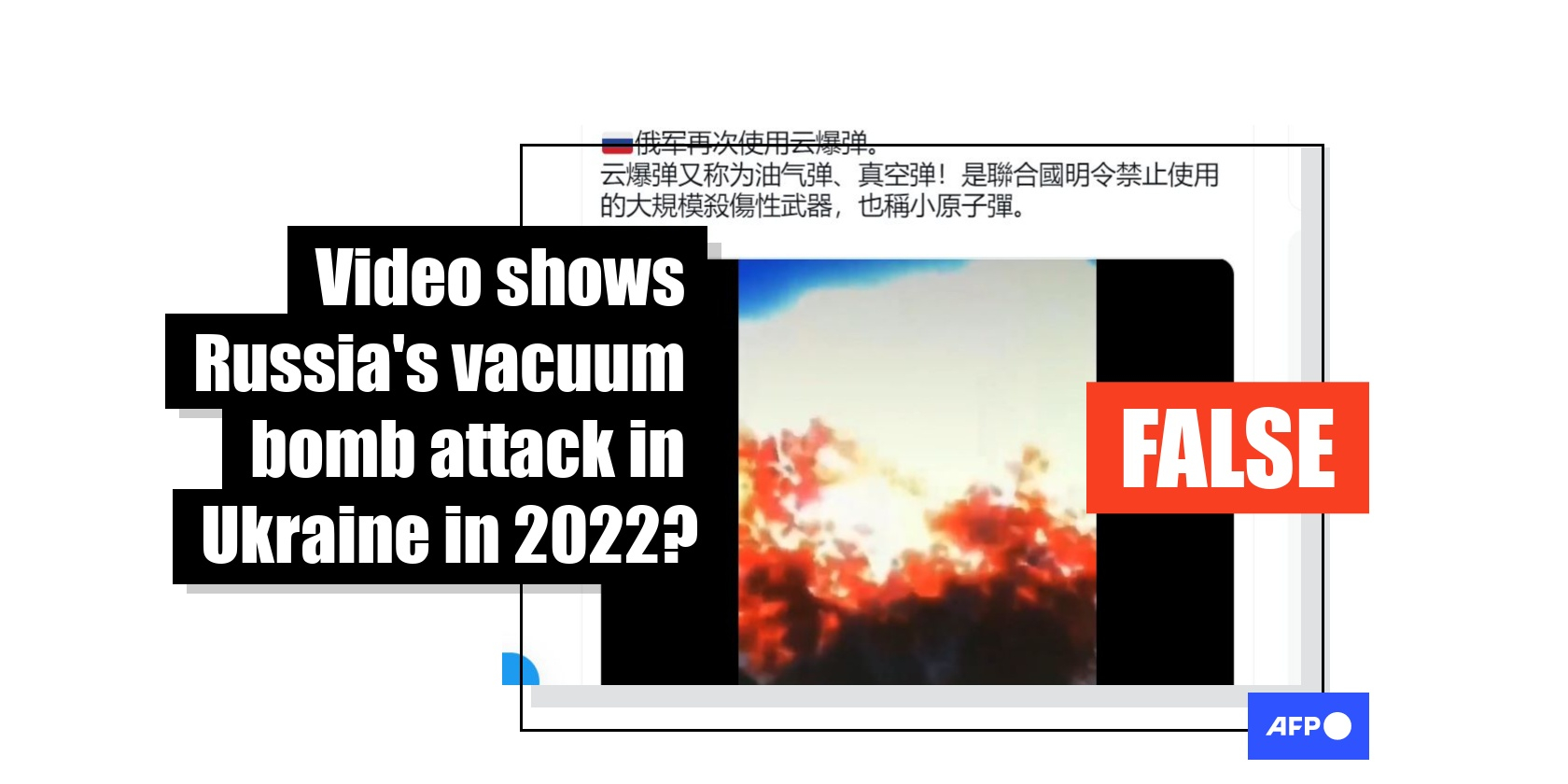 A video has been viewed tens of thousands of times in multiple social media posts that claim it shows Russia attacking Ukraine with a vacuum bomb in 2022. The claim, however, is false. Although Russia has been accused of using such weapons in Ukraine, the video in fact is a digital creation of a visual effects artist.

"The Russian army used thermobaric weapons again," reads this tweet, which shared a video on March 3, 2022.

"Thermobaric weapons are also known as fuel air explosives or vacuum bombs! It is a weapon of mass destruction prohibited by the United Nations, and it is also known as a small atomic bomb."

The 15-second video, which has been viewed more than 23,000 times, shows a missile-like object falling from the sky and striking the ground, followed by a flash of light and a mushroom cloud.

As the explosion occurs, a person can be heard shouting off camera. 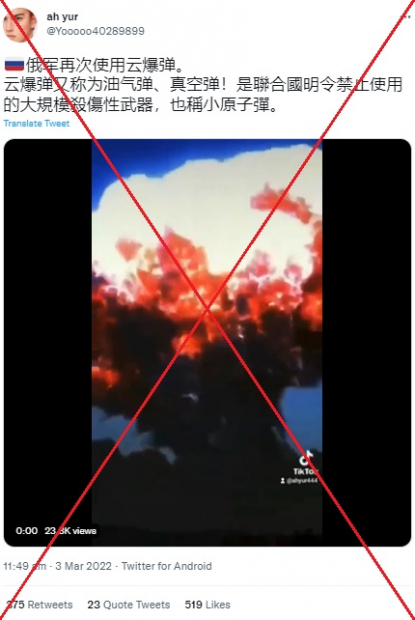 The video was shared days after Kyiv and human rights groups accused Russia of using fuel air explosives -- also known as vacuum bombs or thermobaric weapons -- in its invasion of Ukraine.

While no international laws specifically ban the use of vacuum bombs, it is argued that a country could be convicted of a war crime under the Hague Conventions if it uses them to target civilians in built-up areas, schools or hospitals.

The video has been viewed more than 10,000 times after it was shared alongside a similar claim on Twitter here, on TikTok here, on Weibo here, and on Facebook here.

The video is titled: "What if Russia Started Nuclear War? #shorts".

The same video was also published in InsanePatient2's TikTok account here on the same day, also with the caption: "What if Russia Started Nuclear War?"

In a comment in the TikTok post, InsanePatient 2 wrote: "to all of the smooth brained individuals thinking I'm trying to fool people, literally the words 'what if' are in the title. get help."

Below are screenshot comparisons between the video in the misleading social media post (L) and the genuine video on YouTube (R): 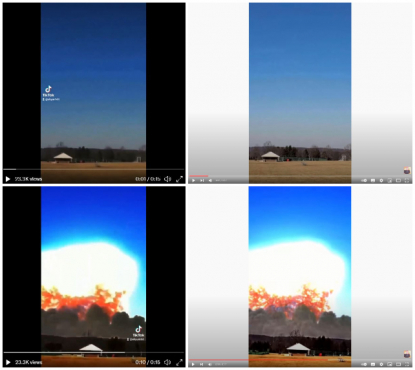 InsanePatient2 reused the background from the video in other clips.

The identical background can be seen in this video, titled "Moon Crashes into Earth!", which was posted on the same YouTube channel on March 4, 2022.

The clip also shows how the scene was created.

Below is a screenshot comparison between the video in the misleading post (L) and the moon video (R), with the same features circled by AFP.

Meanwhile, the male voice used in the "nuclear war" video also appears in this clip, titled "What if two planets collided?", which was posted on the same YouTube channel on January 28, 2022.