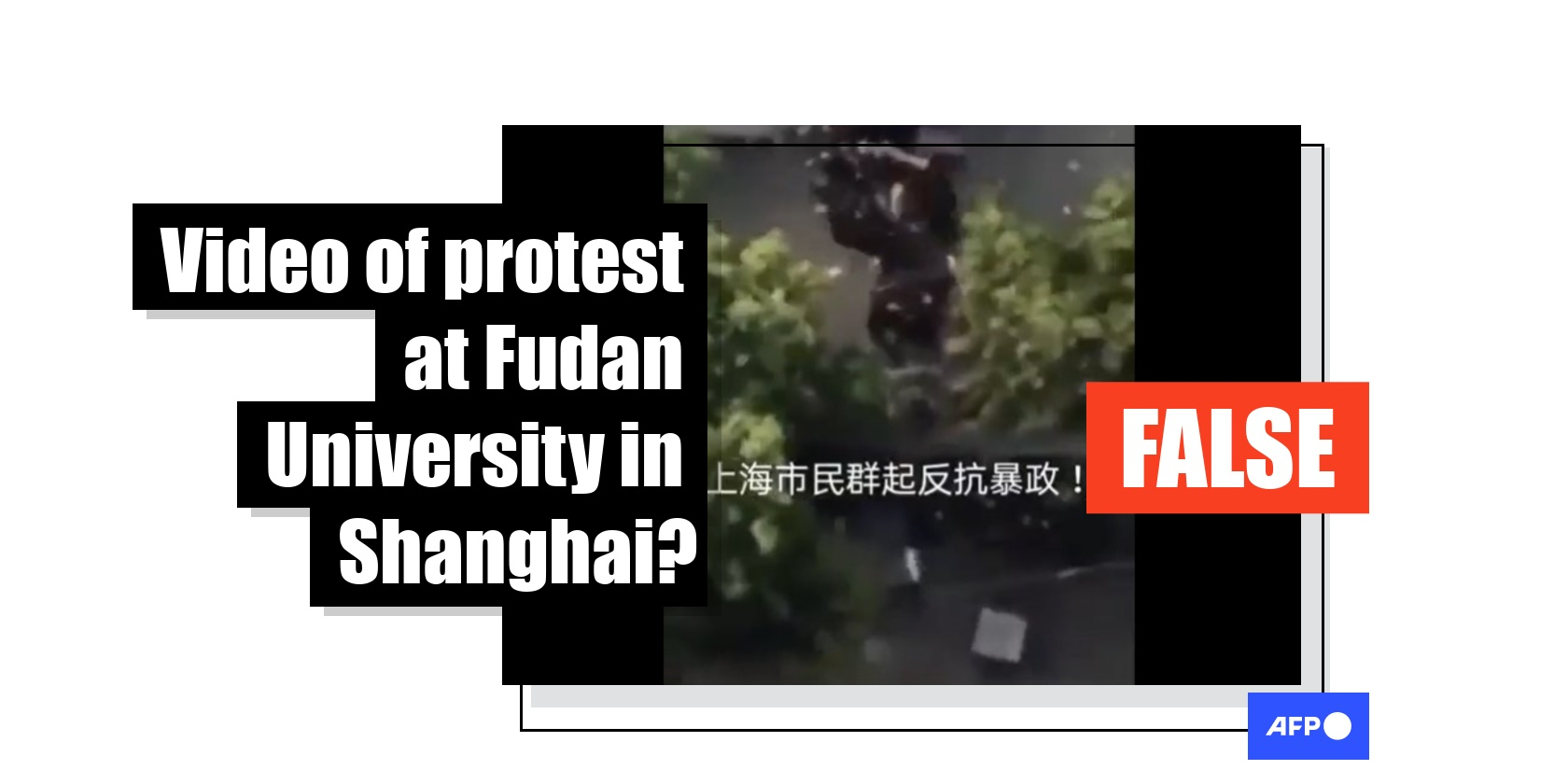 This video shows a 2014 protest, not an anti-lockdown rally at a Shanghai university in 2022

A video has been viewed hundreds of thousands of times in multiple social media posts claiming it shows a protest at Shanghai's Fudan University in April 2022, during an ongoing lockdown in the Chinese city. The claim is false. The video has appeared in 2014 news reports about a clash between urban management officers and civilians in a town in China's Zhejiang province. AFP could not find any other record of the alleged incident at the university.

The clip, posted on Twitter on April 23, 2022, is one continuous shot from above and shows clashes between what appear to be police and civilians.

The tweet, written in simplified Chinese characters, reads: "Recently, students of Fudan University gathered to protest, and a lot of police entered the school to suppress them!"

The white text superimposed on the video reads: "Shanghai civilians gathered to protest against tyranny!" 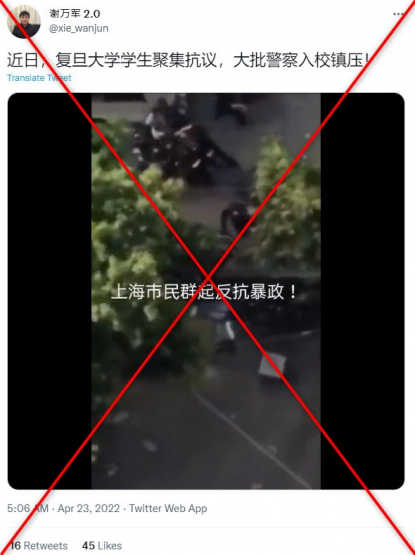 A screenshot, taken on April 28, of the misleading post

The footage, which is a minute and 37 seconds long, has been viewed more than 10,000 times.

About 25 million residents in Shanghai have been shut in their homes for weeks since early April 2022 as the authorities tried to curb China's worst Covid-19 outbreak since the beginning of the pandemic.

The prolonged lockdown restrictions are testing people's patience, with residents bursting through barricades demanding food and scuffling with police ordering them to surrender their homes to Covid-19 patients.

The video has been viewed more than 585,000 times after it was also shared with a similar claim on Twitter here, on YouTube here and on Facebook here.

A reverse image search on Google found the clip appeared in a news video report from Hong Kong news channel i-Cable, posted on their Facebook page here on April 20, 2014.

The i-Cable video is titled: "An urban management officer injured someone, sparking public outrage in Zhejiang."

The caption reads: "An urban management officer in Cangnan County, Zhejiang province, was suspected of injuring someone and was surrounded by a crowd, triggering uproar.

"The public injured five urban management personnel in the incident, and authorities dispatched police to disperse the crowd."

Below is a screenshot comparison of the video in the misleading post (left) and the i-Cable news segment (right): 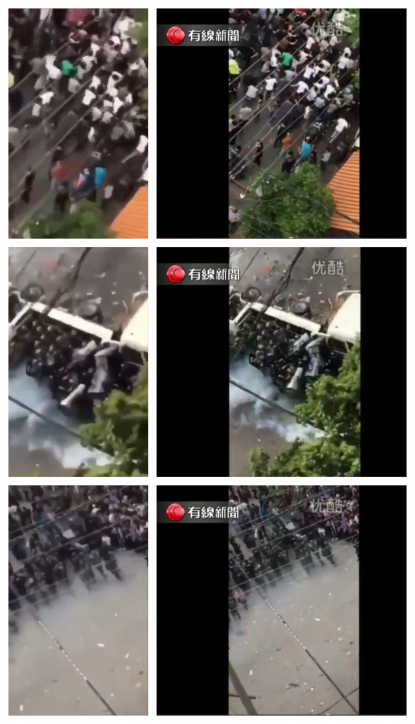 Residents and urban management officers, known as "chengguan", clashed in Lingxi, a town in Cangnan county, Zhejiang province, on April 19, 2014, when people protested the beating of a vendor and of a passer-by who took photos of the incident, AFP reported here.

The confrontation reflected long-standing public outrage triggered by the behavior of "chengguan", quasi-police officials who enforce local regulations and have a reputation for brutality.

The location shown in the i-Cable report corresponds with Baidu Street View imagery of Damen Street in Lingxi.

A screenshot, taken on April 28, of the Baidu Map imagery.

Below is a screenshot comparison of the clip in the news segment (left) and the Baidu map imagery (right), with matching features circled by AFP:

Two photos here and here show shops that correspond with the ones in the misleading video.

Below is a screenshot comparison of the clip in the misleading post (left) and one of the People's Daily photos (right), with corresponding elements marked by AFP: 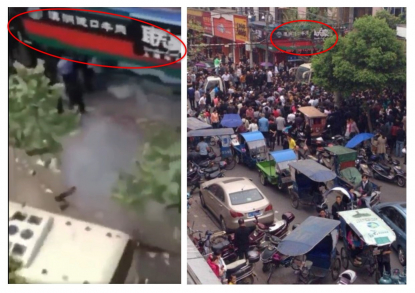 In addition, Fudan University published a statement on its official Weibo account on April 20, 2022, denying any protests had occurred on the campus.

"The school hereby declares solemnly that the campus is currently stable, that teachers and students are joining forces to combat the pandemic, and that everything, including pandemic prevention and control, is normal," the statement partly reads.

AFP found no credible news reports of such clashes at the university since the Shanghai lockdown began.