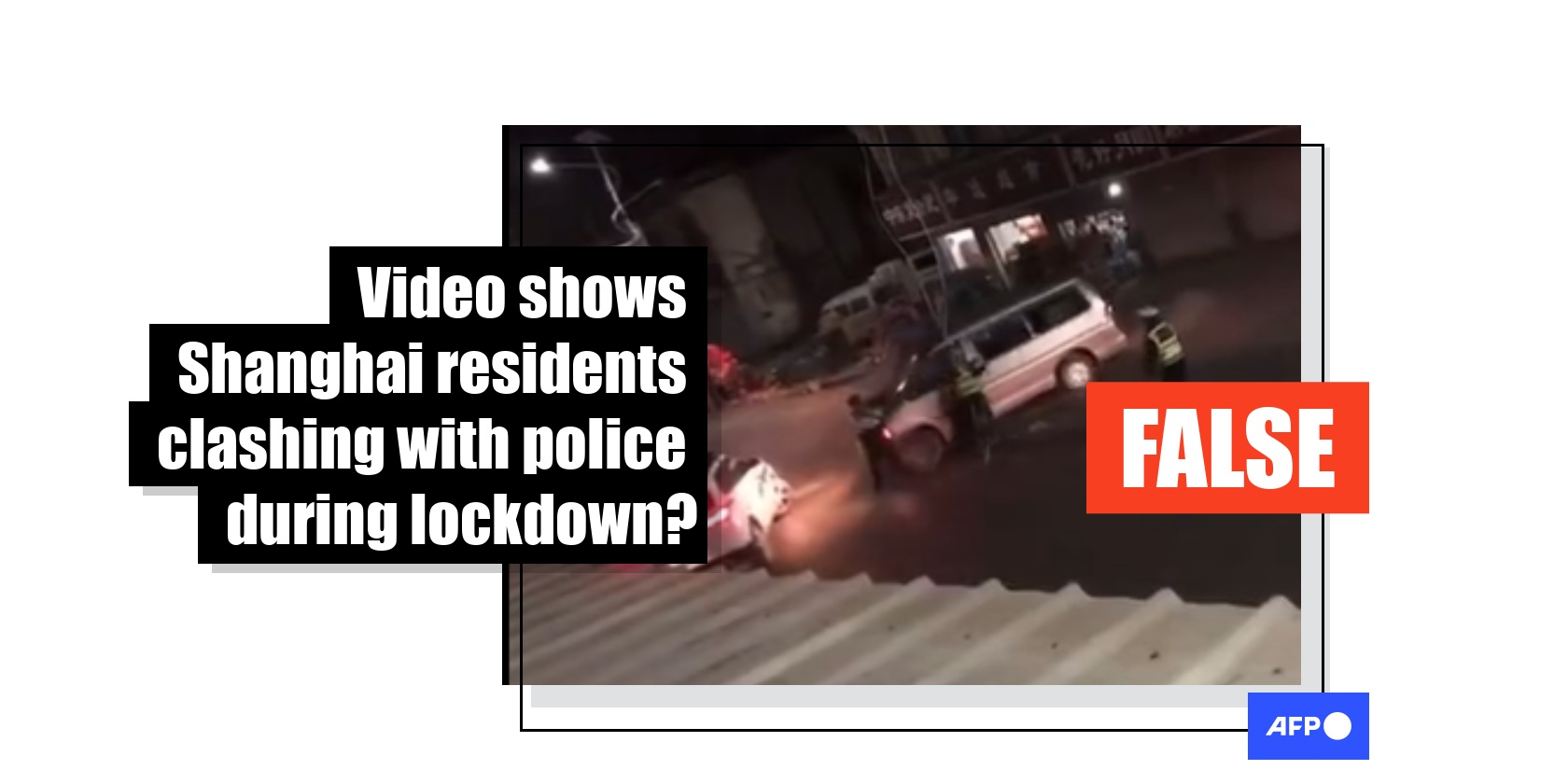 A video has been viewed tens of thousands of times in Chinese-language social media posts alongside a claim it shows residents of China's largest city Shanghai clashing with the police during a coronavirus lockdown in 2022. Although Shanghai residents have scuffled with the police after the megacity became the heart of China's biggest virus outbreak since Wuhan, the video was actually filmed in the eastern Chinese city of Bengbu. The clip corresponds to reports circulating since 2021 about a drink-driving incident.

The video was published here on Twitter on April 7, 2022.

It appears to show police officers trying to apprehend a motorist who attempts to speed away.

The post's simplified Chinese-language caption translates to English as: "The lockdown in Shanghai has driven people crazy, and clashes with the police have already begun." 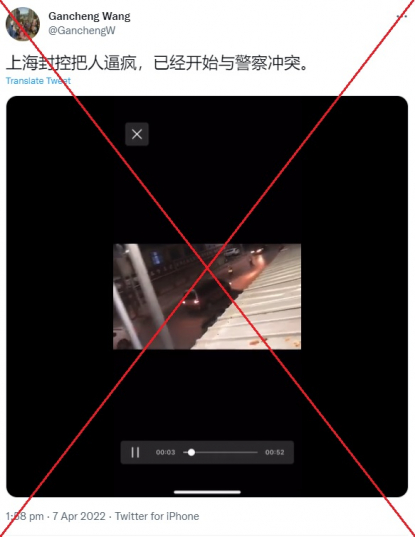 About 25 million residents in Shanghai have been shut in their homes since early April, as officials rush to curb its worst ever outbreak since the beginning of the pandemic.

Residents scuffled with hazmat-suited police ordering them to surrender their homes to Covid-19 patients, videos on social media showed, providing a rare glimpse into rising discontent in the megacity over China's inflexible virus response.

A combined reverse image and keyword search found it corresponds to a clip published on Weibo here by Anhui Television, a local broadcaster in the eastern Chinese province of Anhui, on February 1, 2021.

"Person ran away from [police] check after drunk driving," the Weibo post reads.

Below is a screenshot comparison of the video in the false posts (left) and the clip in the Anhui Television post (right):

A keyword search on Baidu Maps found the location of the video corresponds to street imagery here of the same shop in Bengbu.

Below is a screenshot comparison of the video in the false posts (left) and the image from Baidu Maps (right) with similar elements highlighted by AFP:

Local police in Bengbu's Huaiyuan county released a statement about the drink-driving incident here in 2021.

It was also reported here by Bengbu's local newspaper Bengbu Daily on February 4, 2021.