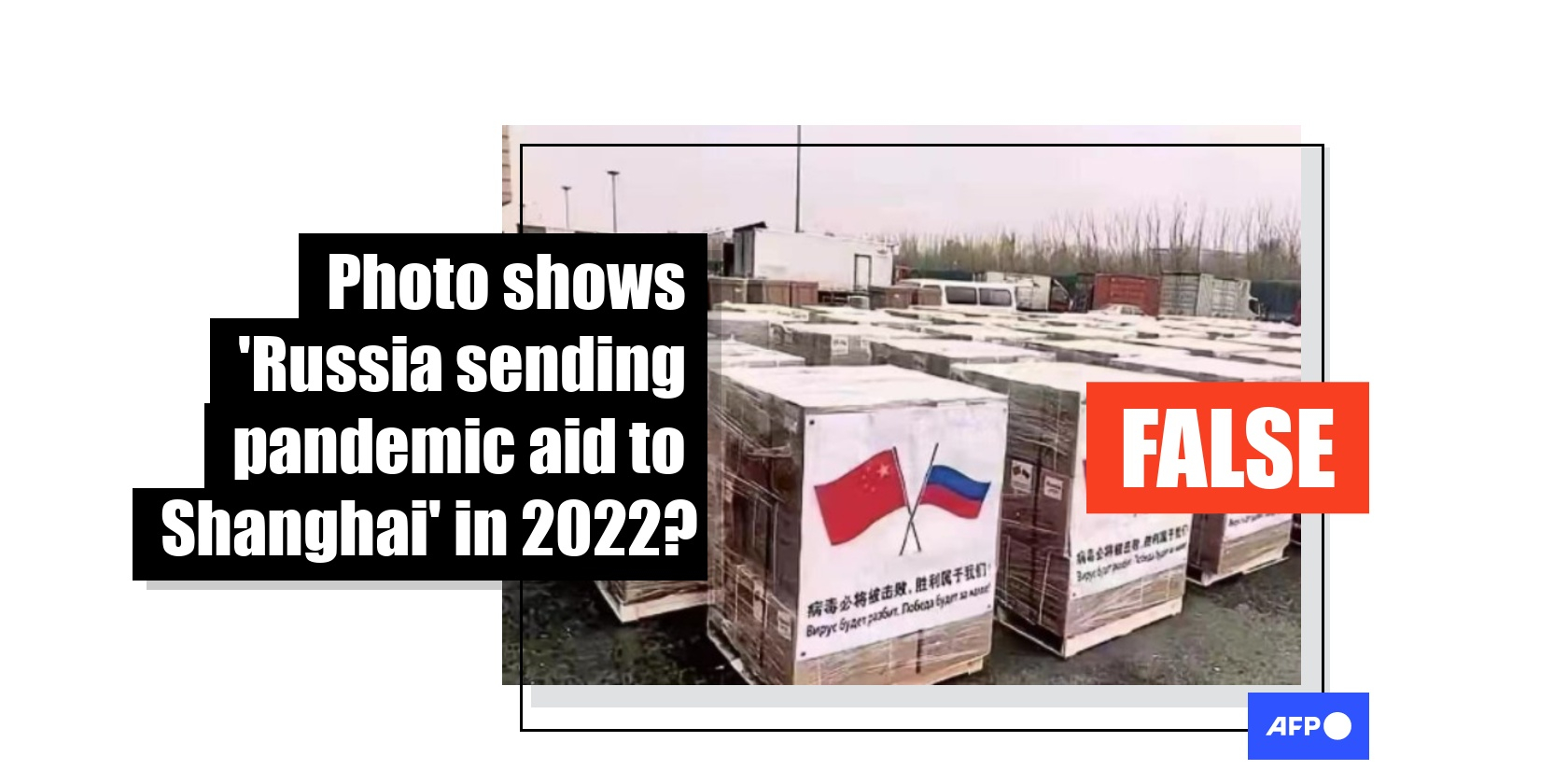 Old photo shows aid from China to Russia, not 'Russia sending food to Shanghai in 2022'

A photo has been shared more than a thousand times in social media posts that claim it shows "Russia sending food to help Shanghai", as the city's residents faced food shortages during a weeks-long lockdown to stamp out its worst Covid-19 outbreak in 2022. However, the image circulated in state media reports in April 2020 and shows a shipment of medical supplies China sent to Moscow in the early days of the Covid-19 pandemic.

The photo was shared on Twitter on April 24. It has been shared more than 300 times.

It shows boxes labelled with an image of Chinese and Russian flags.

A line of text underneath reads "the virus will be defeated, victory will be ours" in both simplified-Chinese and Russian.

The city of 25 million -- confined to their homes or compounds since March 2022 -- has struggled to provide fresh food to residents, while patients have reported trouble accessing regular medical care as thousands of health staff were deployed for Covid-19 testing and treatment. 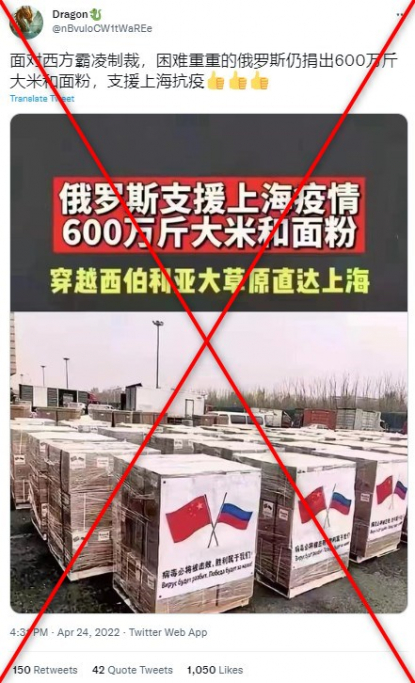 The tweet's caption translates to English as: "Even under Western bullying and sanctions, embattled Russia still donated 6 million catties of rice and flour to support Shanghai's fight against the pandemic."

Since Moscow moved troops into Ukraine on February 24, Russia has been hit with a barrage of international sanctions, including embargoes on key exports, accelerating already high inflation.

Beijing has refused to condemn the invasion and has provided a level of diplomatic cover for an increasingly isolated Russia.

The photo was also shared more than 1,600 times on Weibo, as well as on Twitter, Facebook and Douyin alongside a similar claim.

However, it was shared in a false context; the photo actually shows medical supplies China sent to Moscow in 2020, at the start of the Covid-19 pandemic.

#Zakharova China will never retreat in the fight against #COVID19, as it concerns the life of the people. Work together to win this "Battle of Moscow" against virus. Victory belongs to all mankind! Победа будет за нами! pic.twitter.com/78S6vUoRP4

Below is a screenshot comparison of the photo in the misleading post (left) and the photo posted by Hua (right):

The simplified-Chinese report translates in part as: "On April 2, anti-pandemic supplies sent by the Chinese government to aid Russia has arrived in Moscow.

"Russia's spokeswoman for the Ministry of Foreign Affairs Zakharova expressed gratitude to the Chinese in a press conference on that day. The supply boxes are labelled with a moving slogan: 'the virus will be defeated, victory will be ours'."

Below is a comparison of the photo in the misleading posts (left) and the photo published by CCTV (right).

The same white container, white van and brown truck can be seen in the background, marked out by AFP: 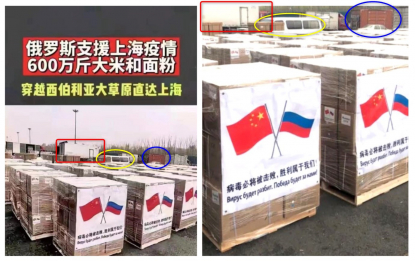 Russian news agency RIA Novosti reported on April 2, 2020 that a 26-tonne humanitarian shipment "consisting of infrared thermometers, masks, respirators, protective suits and other protective equipment" had been sent by China to Russia, according to Russia's Ministry of Industry and Trade.

AFP discovered no credible reports or official statements that said Russia sent food to China in 2022.