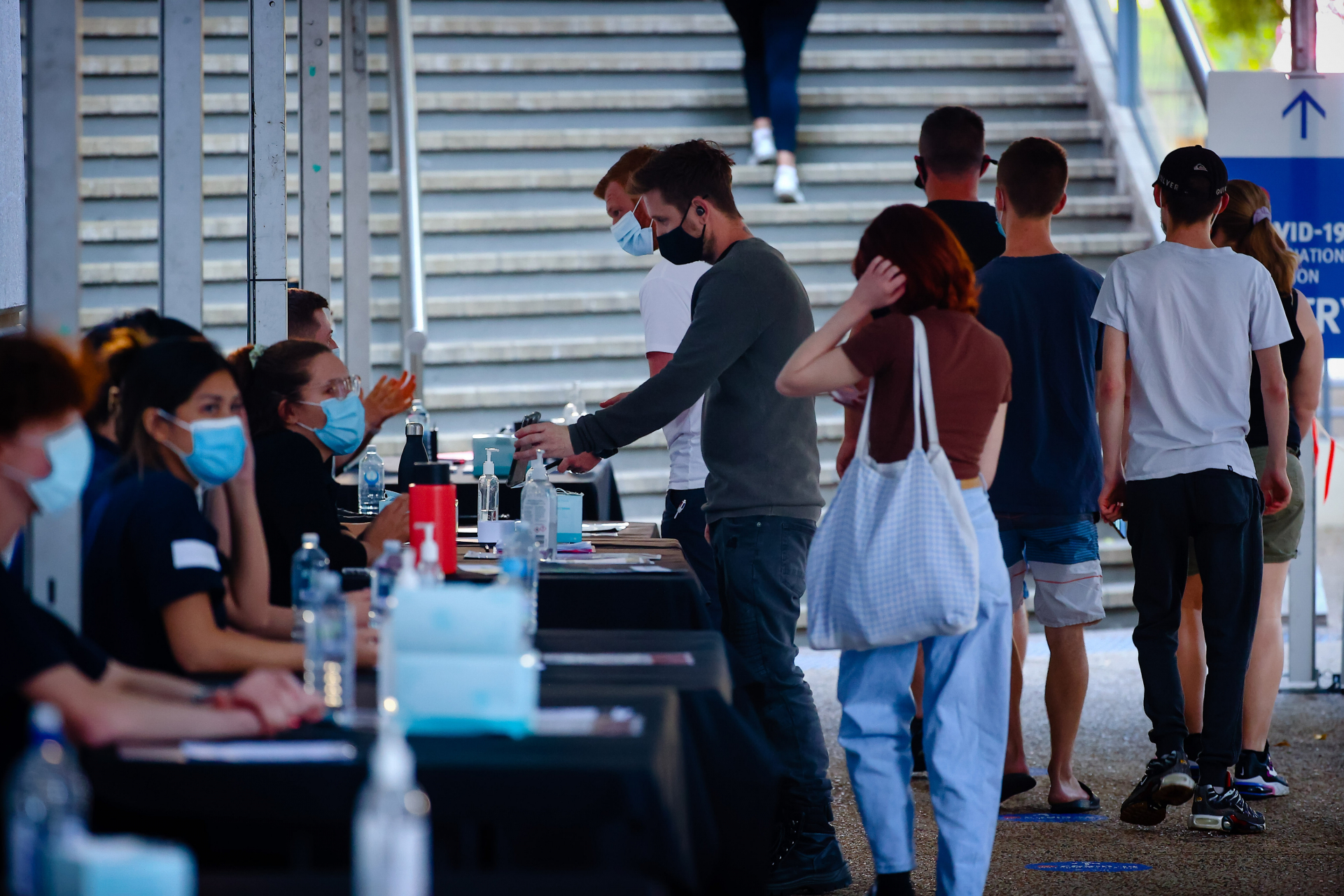 Members of the public queue at a Covid-19 vaccination hub at the Brisbane Convention and Exhibition Centre in Brisbane on August 17, 2021. ( AFP / Patrick HAMILTON)

Social media posts shared hundreds of times claim it is "insane" that authorities in Australia are still encouraging Covid-19 vaccination given more vaccinated people than unvaccinated people died from the disease in the state of New South Wales on April 15, 2022. Although the posts shared genuine data from a single day in April, health experts told AFP vaccination is still critical to reducing the overall rate of death and severe illness from Covid-19. All of the deaths mentioned in the post were in people aged 60 or above, who experts said were at an increased risk of death from the disease.

"The insanity continues, if this is considered working imagine the results when they admit it's failed," reads an Instagram post published on April 15, 2022.

It was shared on an account called Rise Melbourne with more than 10,000 followers.

"That means 87.5 % of the Covid Deaths were Fully Vaxxed... And remember this is considered Working...." it concludes. 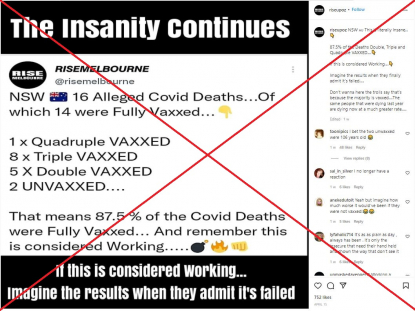 An identical screenshot was also shared on Facebook here and here.

Although the statistics in the posts correspond with data provided by the New South Wales Ministry of Health (NSW Health) on April 15, it does not include the ages of the people who died after contracting Covid-19.

All of the deaths mentioned in the post were in people aged 60 or above.

It adds that, "Older age is a significant risk factor for serious illness and death for COVID-19, particularly when combined with significant underlying health conditions".

Health experts told AFP that the posts shared the vaccination data in a misleading context.

Kylie Quinn, a research fellow at RMIT University whose work focuses on cell-based immunotherapies, vaccines and ageing, told AFP that Covid-19 vaccination will "protect the vast majority of these people from severe disease".

"In a small group of people, often much older people or people with other conditions, their immune system doesn't work quite as well and they are both at very high risk of severe disease with Covid and the vaccine might not provide complete protection in those people," she said.

Nancy Baxter, the head of the Melbourne School of Population and Global Health, told AFP that the misleading posts had misrepresented Covid death rates in Australia.

"Virtually all the people at most risk of dying of Covid are vaccinated so even though they are at considerably less risk of death than those who are unvaccinated, most deaths will occur in vaccinated folk," she said.

"Those that are unvaccinated tend to be younger and are at less risk of dying than those who are older."