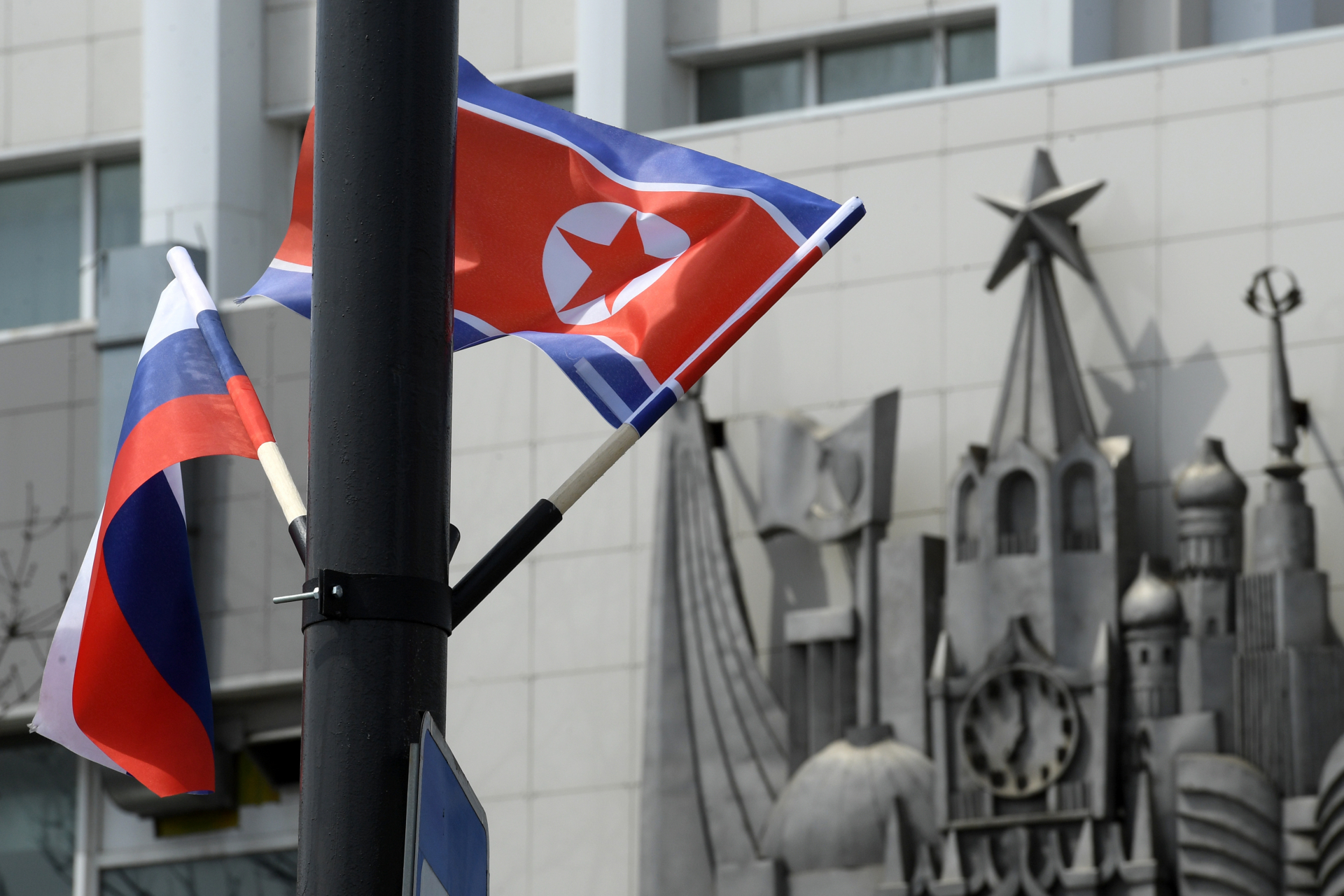 Flags of Russia and North Korea are seen fixed on a lamp post in front of an artwork featuring the Kremlin's Spasskaya Tower and other Moscow's landmarks in the far-eastern Russian port of Vladivostok on April 25, 2019. ( AFP / Kirill KUDRYAVTSEV)

"[Breaking] Russian state media reported that North Korea has decided to send troops to Ukraine to support Russia in the Russia-Ukraine war," reads a Korean-language post shared on April 15 on Naver Blog. 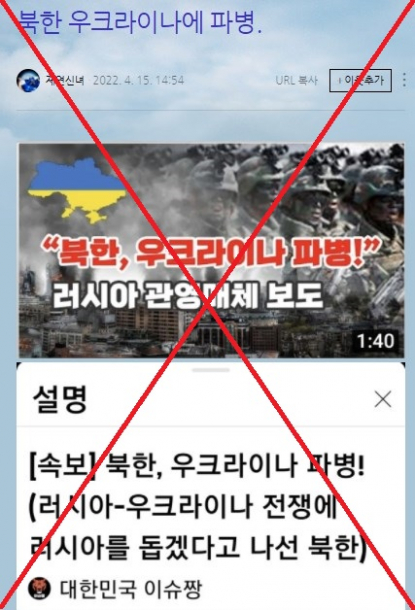 Screenshot of the misleading Naver Blog post, taken on April 21, 2022.

An identical claim was shared in a YouTube video titled "Russian state media reported that North Korea decided to send troops to Ukraine".

The TASS report cited in the posts makes no mention of North Korea sending troops to Ukraine.

It reads in part: "North Korean Ambassador to Moscow stated that his country's leadership was committed to boosting friendly relations with Russia".

The report cites the Director of the Russian Foreign Ministry's First Asian Department Georgy Zinovyev as saying that Pyongyang has expressed its full support for Russia's special military operation in Ukraine and condemned the West's destructive policies.

Keyword searches found no official reports or statements to support the posts' claim.

Cheong Seong-chang, director of The Sejong Institute's Center for North Korean Studies, said it would be "highly unlikely" for North Korea to send troops to Ukraine.

"In addition, due to the pandemic, North Korea has kept its borders closed tight. It would be unclear whether North Korean soldiers could be able to return home once they leave the country."

Cheong said it would be difficult for Pyongyang to secretly send troops without attracting the attention of the international community.

"North Korean soldiers differ in appearance and language from their Russian counterparts. It would be impossible for them to go unnoticed. There are also concerns about how to handle injured people and prisoners," he said.

Moon Seong-mook, chief of the Unification Strategy Center at the Korea Research Institute for National Strategy, said it was more likely that Pyongyang would provide weapons to support Russia in Ukraine, rather than troops.

"We cannot rule out the possibility that Pyongyang still wishes to gain Russia's support and strengthen ties with it," he said.

"What Moscow needs right now is more missiles, not more people, and North Korea has plenty of them. That is where Pyongyang's support for Moscow in this war would be most likely."