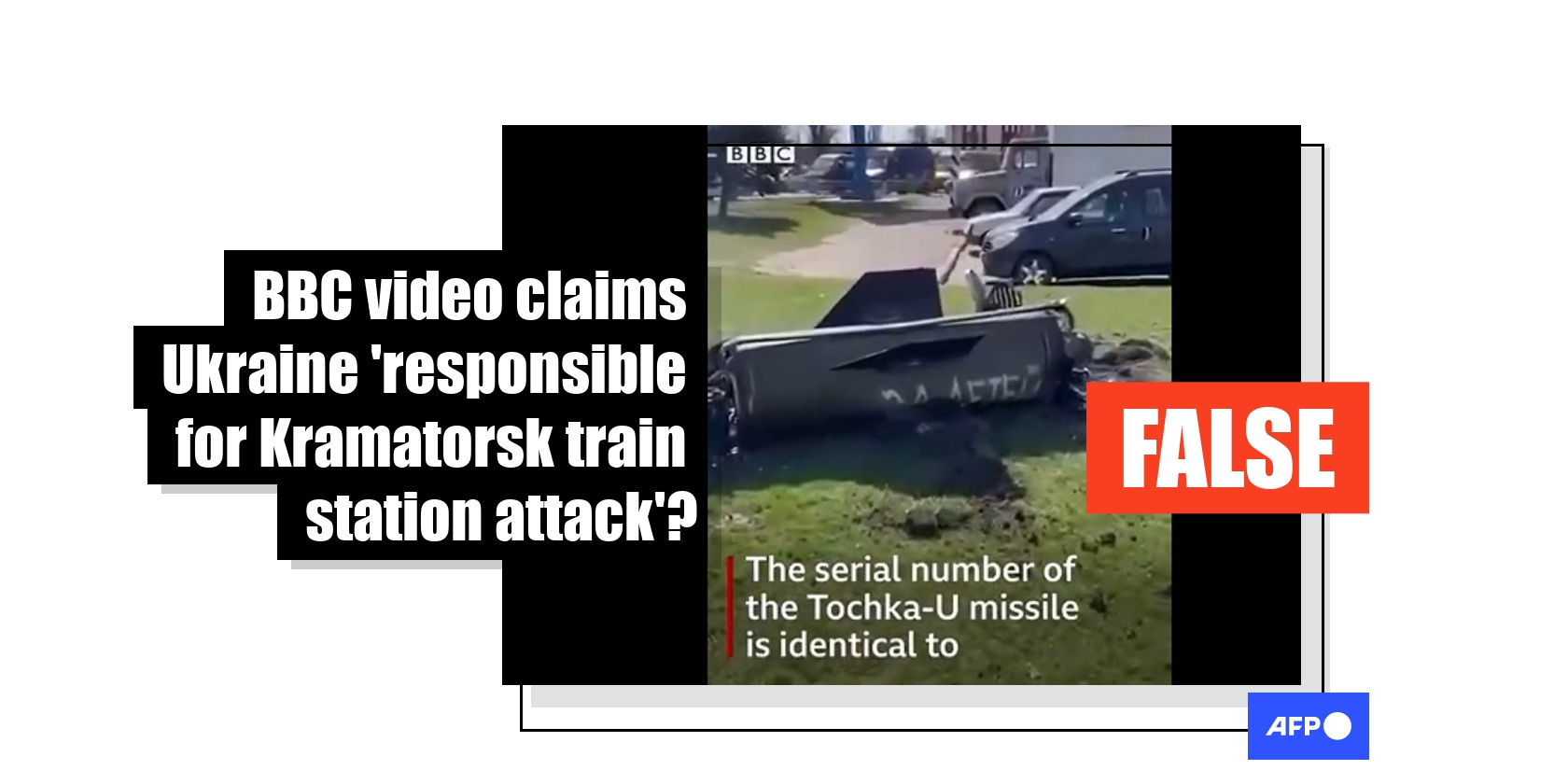 A video has been viewed hundreds of thousands of times in social media posts that claim it is a report from the BBC that states Ukraine was responsible for a deadly missile attack on a train station in the eastern city of Kramatorsk. The British broadcaster's press team said it did not produce the "fake" video and was "taking action" to get it removed from social media. AFP identified various visual features in the video that indicated it has been fabricated to imitate a report from the BBC.

The short video -- which includes the BBC's logo and watermark -- appears to show graphic clips of victims at a bomb site in Kramatorsk, where more than 50 people were killed in strikes on a train station on April 8.

The clip then cuts to purported footage of a missile discovered nearby, which the report says corresponds to a type of missile fired by the Ukrainian army.

The post's simplified Chinese-language caption translates to English as: "The BBC stated that the Ukrainian army was responsible for the deadly Tochka-U missile attack that brutally murdered 50 civilians.

"The BBC also said that when unfavourable evidence against the Ukrainian Presidential Palace and Ukrainian army was revealed, the Ukrainian media stopped reporting on it, pretending it didn't happen." 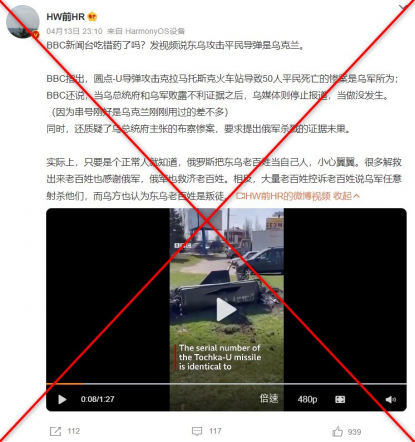 United States President Joe Biden has accused Russia of "horrific atrocity" at the station, but Moscow has so far denied responsibility for the rocket attack.

The video was viewed more than 170,000 times in another Chinese-language post.

Screenshots of the video were also shared in other social media posts in several languages including German, Slovak, and French.

The video was also shown on Russian state television, according to The Guardian.

However, the claim is false; the video has been fabricated.

The BBC's press team tweeted that the video was fake hours after the video first appeared on social media on April 13.

We are aware of a fake video with BBC News branding suggesting Ukraine was responsible for last week’s missile attack on Kramatorsk train station. The BBC is taking action to have the video removed. We urge people not to share it and to check stories on the BBC News website.

While the BBC conducted an investigation about the type of weapon that caused the deadly incident, AFP did not find the fabricated video published on its YouTube channel, website, or any of its affiliated platforms.

In its report, the BBC noted: "There is evidence that Russia has previously deployed these missiles in the current conflict, although Ukraine also has this weapon in its arsenal."

The BBC also said it was unable to pinpoint the location from which the missile had been fired.

Other visual features in the video indicate it was fabricated.

A closer analysis of the clip found that the spelling of the Ukrainian president's last name in the video -- "Zelenskyy" does not correspond to BBC style. 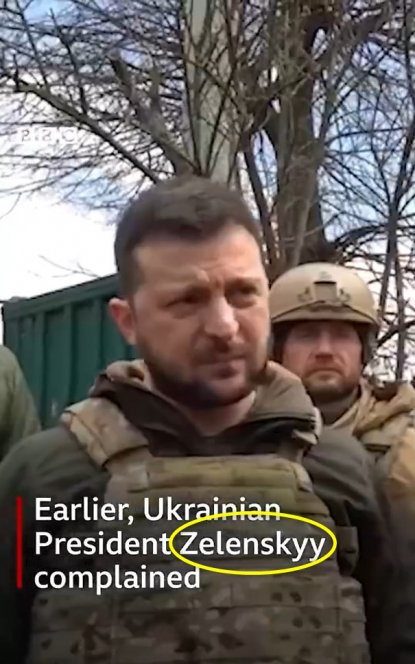 A screenshot, taken on April 20, 2022, of the fabricated video with the grammatical mistake circled in yellow by AFP.

The video also includes clips showing dozens of motionless bodies on the ground as well as what appears to be pools of blood.

Genuine BBC videos that include graphic footage would typically start with a disclaimer that reads: "Warning: Disturbing images".

Below is a screenshot comparison of the opening of the fabricated video with no disclaimer (left) and a disclaimer in an authentic BBC video (right): 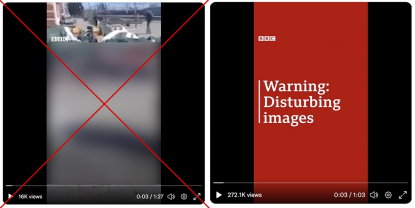 A screenshot comparison of the fabricated video (left) and an authentic BBC video disclaimer (right).

The BBC produced other video reports here and here about the Kramatorsk train station attack.