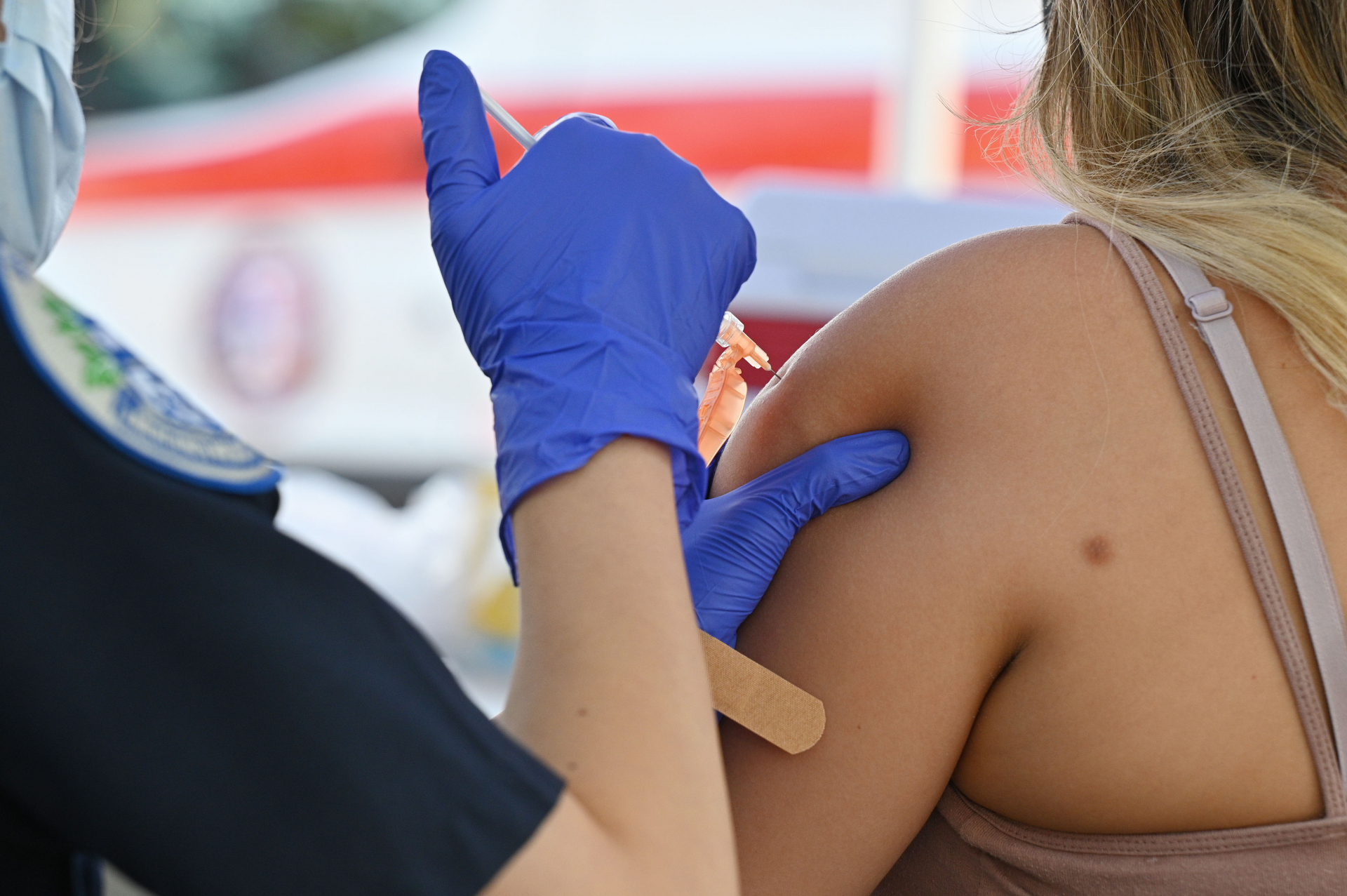 An article published by anti-vaccine organization Children's Health Defense (CHD) claims the US government made secret payments to media organizations to promote Covid-19 shots and to suppress unfavorable coverage. The claim is misleading; in fact, the educational program referred to was publicly announced and described in detail on a dedicated website, and the payments made were for advertising.

"The Biden administration made direct payments to nearly all major corporate media outlets to deploy a $1 billion taxpayer-funded outreach campaign designed to push only positive coverage about COVID-19 vaccines and to censor any negative coverage," the article says, citing a report by The Blaze.

The CHD article mentions the ad campaign, but claims there were separate payments made to media outlets -- an assertion that The Blaze did not make. "In addition to paying news outlets to push the vaccines, the federal government bought ads on TV, radio, in print and on social media as part of a 'comprehensive media campaign,'" it says. CHD offered no details backing up its assertions. 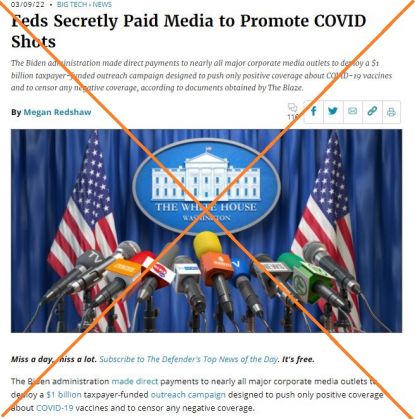 The CHD article spread on Twitter, Facebook and Reddit, but the program it references -- which is aimed at raising awareness about the importance of vaccination against Covid-19 -- is far from secret.

The Department of Health and Human Services announced that it would include paid advertising almost a year before CHD's article was published, and has publicly listed the ads it has run.

The "We Can Do It" campaign, launched in 2021, was an extension of a public outreach campaign started in 2020 under the Trump administration to promote vaccination.

HHS did not directly respond to the claims made in the article but pointed to legislation appropriating funds for the program which states: "No part of any appropriation contained in this or any other Act shall be used directly or indirectly, including by private contractor, for publicity or propaganda purposes within the United States not heretofore authorized by Congress."

The health agency has issued detailed information on a website dedicated to the vaccine advocacy efforts.

"The campaign uses both paid advertising and media interviews, presentations, radio/TV tours, and other public events to educate people about the importance of vaccination and basic prevention measures to prevent Covid-19 and protect public health," a background information page says.

The Covid-19 outreach program is also not unique. The US Centers for Disease Control and Prevention has launched media campaigns on other public health issues ranging from colorectal cancer to arthritis to the effects of smoking.

Experts say it is highly unlikely that a single advertiser could influence coverage, given the traditional separation of news and advertising at media organizations.

Newsrooms are "packed with ambitious and independent-minded people in search of stories that will have an impact and advance their careers," Paulson told AFP.

"A memo from a boss telling reporters to play down a news story would have the opposite effect, beginning with the leak of the memo and followed by more aggressive coverage," he said. "If companies or the government could 'buy' coverage, you'd never hear about government failures, product recalls or dangerous automobiles. That's obviously not the case."

Damian Radcliffe, a University of Oregon journalism professor and researcher, said most news organizations have had a clear separation of advertising and editorial functions as a sign of independent reporting.

"The rationale for this longstanding philosophy was to ensure that advertising and commercial relationships didn't influence reporting -- in particular reporting that might be critical of those (typically big advertisers) that news outlets have a financial relationship with," Radcliffe said.

Dan Kennedy, a Northeastern University journalism professor who writes about the media business, noted that news organizations consider the separation of advertising and editorial a "church and state" division so that one side does not influence the other.

"We can all point to various scandals where that separation has been violated," Kennedy said. "But good news organizations fight that as much as possible and go about their mission of covering the news in an independent way."