Following Russia's invasion of Ukraine, a photo was shared repeatedly in Facebook posts that claim it shows Ukraine's female prosecutor general, who they say has "caught the public's attention" because of her "stunning" looks. In fact, the photo shows the former attorney general of Crimea, Natalya Poklonskaya, who was appointed by Russia after it annexed the Ukrainian peninsula in 2014. Ukraine's current chief prosecutor is Iryna Venediktova.

"Shocking. The latest update on the prosecutor general of Ukraine," reads the post's Korean-language caption.

Korean-language text superimposed on the image translates in part as: "She became a hot topic thanks to her stunning, pretty looks and the latest war in Ukraine brought the spotlight back onto her". 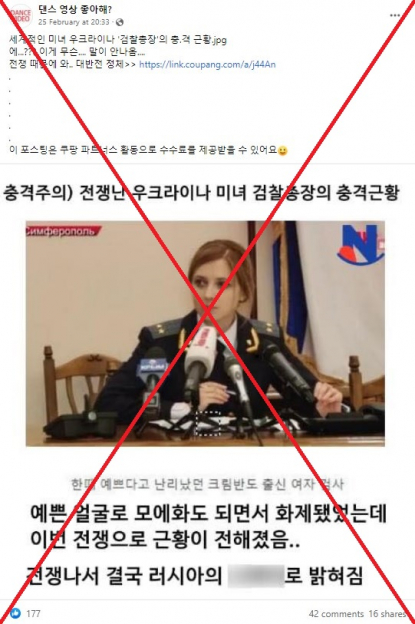 The post circulated online after Russia launched a full-scale military invasion of Ukraine on February 24, 2022, as reported by AFP.

The same image was shared alongside a similar claim on Facebook here; here; and here.

One of the Korean-language comments on one post translates to English as: "Let's go to Ukraine to save her."

Another user wrote: "So if I fly to Ukraine and commit a crime, will I get to see her in person?"

A reverse image search on Google found this video posted on the YouTube channel Crimea Daily on March 11, 2014.

The video's Russian-language title translates to English as: "Natalya Poklonskaya".

The caption states: "The new prosecutor of the Crimea, the young and charming Natalya Poklonskaya, took up 'combat duty'."

The image shared in the misleading posts can be seen at the video's 11-second mark and then later at its 29-second mark.

Russia appointed lawyer Natalya Poklonskaya as the top prosecutor for Crimea after Moscow incorporated the region into its territory from Ukraine, AFP reported in March 2014.

Poklonskaya won a huge internet following for her attractive looks, particularly in Japan, where she became a popular character in anime and manga art, AFP reported.

According to the report, she was also the target of sanctions by the European Union and the United States for her involvement in Crimea and the crackdown on Crimean Tatars, a predominantly Muslim ethnic minority that mostly opposed the annexation.

The same image of Poklonskaya also appeared in media reports about her appointment as the attorney general of Crimea -- including here by the BBC and here in an article by UK media outlet The Independent.

AFP photos of Poklonskaya from 2014, which referred to her as "the prosecutor of Crimea", can be seen here.

She resigned from the role in September 2016 after being elected to the Russian State Duma, Russian state news agency TASS reported.

Ukraine's current prosecutor general is Iryna Venediktova. She can be seen in this AFP photo from 2020.

Below is a comparison of AFP photos of Poklonskaya (left) and Venediktova (right): 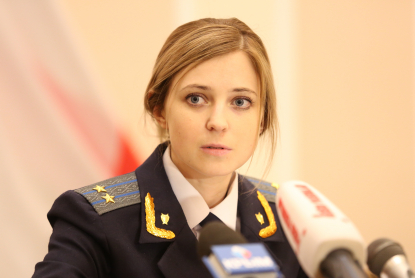 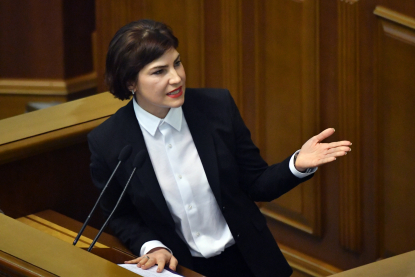 This picture taken on March 4, 2020 shows director of the State Bureau of Investigation (SBI) Iryna Venediktova speaking at the Ukrainian parliament during an extraordinary session in Kiev. ( AFP / Sergei SUPINSKY)

Venediktova tweeted a photo of herself on February 27, 2022:

Michael Kozak, US Ambassador for War Crimes, and I held an online meeting. The best of the US war crime and military experts will work with our team to ensure that the Russian war criminals are held accountable.
@StateDept#StandWithUkrainepic.twitter.com/GNQK10dhOl

The Russian invasion of Ukraine has prompted a wave of online disinformation, some of which AFP has debunked here.

UPDATE: This story was updated on 8/3/22 to clarify that Natalya Poklonskaya resigned from her role as the attorney general of Crimea in September 2016.