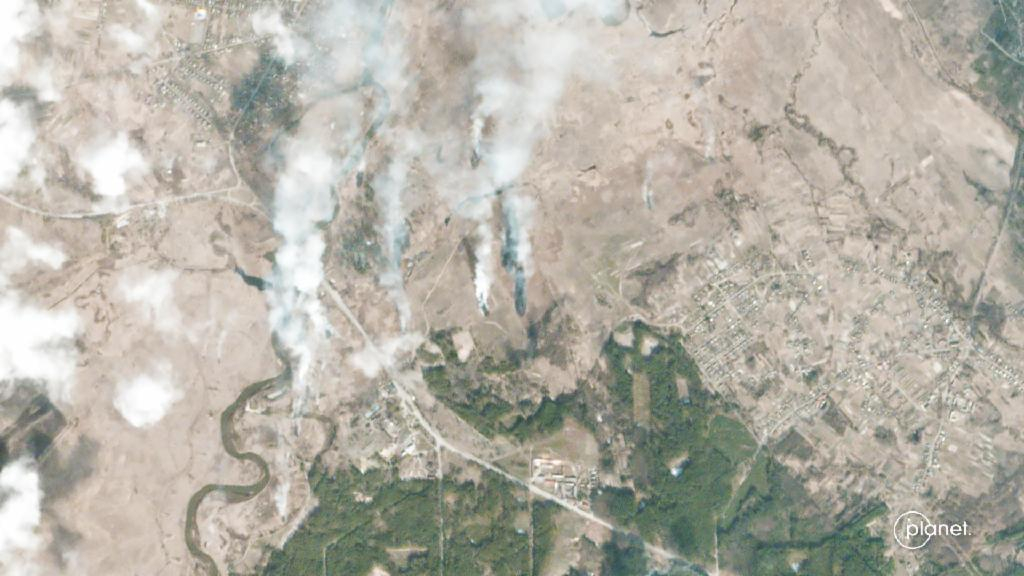 Online articles and social media posts claim US-funded labs in Ukraine are developing biological warfare weapons, saying this is part of the justification for the Russian attack on its eastern European neighbor. But former US officials and non-proliferation experts say the labs are working to detect and prevent the spread of bioweapons, and have also helped in containing disease outbreaks.

"Bioweapons laboratories in Ukrainian cities including Kharkiv, Luhansk, Dnipropetrovsk, and the capital Kyiv, among others locations, have been targeted by Russian troops operating under Putin’s direct orders," says an online article dated February 26, 2022. 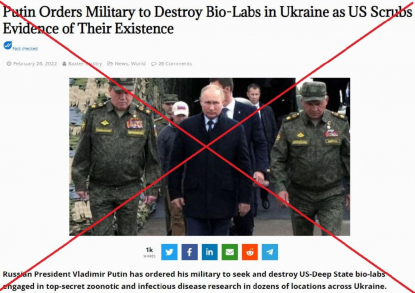 Similar posts appeared on Twitter and on Facebook. One post on the latter site said: "Someone send PUTIN a thank you card. These labs were funded by the USA folks. The most dangerous bioweapons were in those labs." A separate one claimed that the labs "were making injectable bioweapons."

The US government as well as former officials and non-proliferation experts say the claims appear to be based on long-running Russian disinformation efforts and that Washington has for decades been working to prevent the use of bioweapons.

A US embassy statement from April 2020 took aim at what it called "Russian disinformation regarding the strong US-Ukrainian partnership to reduce biological threats."

"The US Department of Defense's Biological Threat Reduction Program works with the Ukrainian government to consolidate and secure pathogens and toxins of security concern in Ukrainian government facilities, while allowing for peaceful research and vaccine development," the statement said.

"We also work with our Ukrainian partners to ensure Ukraine can detect and report outbreaks caused by dangerous pathogens before they pose security or stability threats," it added.

Andrew Weber, a former assistant secretary for nuclear, chemical, and biological defense programs who is now a senior fellow at the Council on Strategic Risks and a member of the Arms Control Association board of directors, told AFP that the US Defense Department "has never had a biological laboratory in Ukraine."

Weber noted that a 2005 treaty aimed "to improve public health laboratories whose mission is analogous to the US Centers for Disease Control and Prevention. These laboratories have recently played an important role in stopping the spread of Covid-19."

In 1969, then-president Richard Nixon renounced the use of biological weapons and the United States joined most UN member states in a global Biological Weapons Convention that entered into force in 1975.

Vickie Sutton, director of the Center for Biodefense, Law & Public Policy at Texas Tech University, said the US has for decades worked with other countries to curb biological weapons and advance research to neutralize any pathogens.

"There is a common misperception that America creates bioweapons," Sutton said, adding that Washington has worked with a number of former Soviet republics to neutralize bioweapons.

"The Soviet Union had the largest biological weapons program ever created," which explains the US presence in facilities to help respond to a bioweapons outbreak, she said.

"They (US experts) are there to help research so they can respond immediately" to an outbreak, Sutton added, noting that the bioweapons treaty does not have an inspection or verification mechanism but that countries submit reports voluntarily known as "confidence building measures."

Some researchers have said that the Soviet Union continued to expand its biological weapons despite having ratified the Biological Weapons Convention, and that the United States worked with former Soviet republics to destroy or eliminate much of the stockpile.

Some three months after the claims began circulating on social media, the Pentagon issued a statement on June 9, 2022 detailing its cooperation with Ukraine to deactivate dozens of facilities dating back to the Soviet era.

"Ukraine has no nuclear, chemical, or biological weapons programs," the statement said. "The United States has also worked collaboratively to improve Ukraine’s biological safety, security, and disease surveillance for both human and animal health, providing support to 46 peaceful Ukrainian laboratories, health facilities, and disease diagnostic sites over the last two decades. The collaborative programs have focused on improving public health and agricultural safety measures at the nexus of non-proliferation."

Filippa Lentzos, a bioweapons researcher and faculty member at King's College of London who has consulted for the United Nations and the World Health Organization, said the claims about Ukraine are the latest in a string of reports about the laboratories in these countries.

Lentzos, one of several experts who has visited a former Soviet research lab in the Republic of Georgia, said all indications from independent bioweapons researchers and officials show the United States supporting deactivation of biological agents, and that work at such centers is aimed at preventing disease outbreaks.

"These are public health labs like those of the (US) CDC or the European Centre for Disease Prevention and Control," Lentzos said.