As Russia pressed on with its invasion of Ukraine, a photo of a Russian flag being raised at a building in Kharkiv, Ukraine's second-largest city, circulated in social media posts that claimed it had "fallen". However, the photo was shared in a misleading context; the original photo -- taken by Reuters news agency -- is from a pro-Russian protest in 2014. As of March 2, 2022, fighting was ongoing in Kharkiv after heavy shelling. 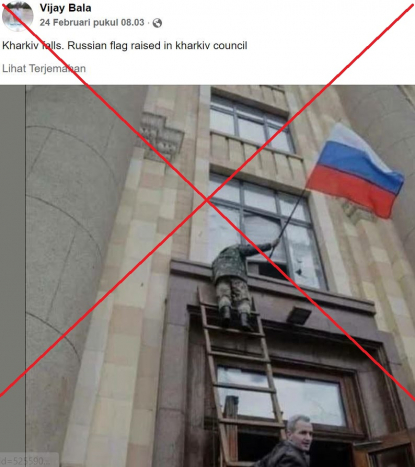 The image was also shared alongside a similar claim in English on Facebook here and in Arabic here.

It was also shared repeatedly in English posts here,here and here on Twitter.

As of March 2, 2022, fighting was ongoing in Kharkiv after heavy shelling of residential and government buildings, AFP reported.

A reverse image and keyword search found the original photo predates the Russian invasion of Ukraine in February 2022.

It was originally published here on Reuters' website on March 1, 2014: 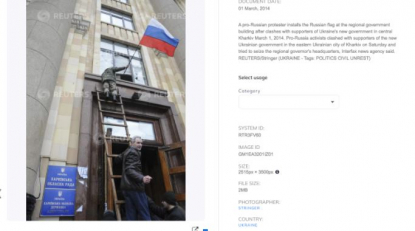 Screenshot of the original photo on the Reuters' website taken on February 28, 2022.

The photo caption reads in part: "A pro-Russian protester installs the Russian flag at the regional government building after clashes with supporters of Ukraine's new government in central Kharkiv March 1, 2014.”

Below is a screenshot comparison of the photo in the misleading post (L) and the Reuters image (R): 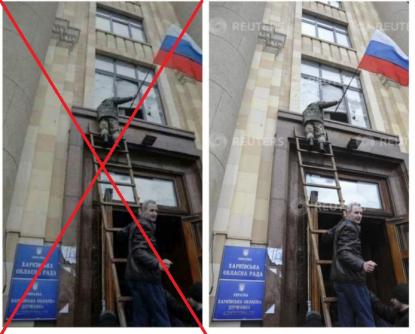 AFP also captured photos from the same protest here and here which show the Russian flag outside the same local government building in Kharkiv.

The caption for the first photo reads: "Pro-Russian activists place a Russian flag outside the regional government building in Kharkiv after storming the building on March 1, 2014.

"Dozens were hurt on March 1, 2014 when a pro-Russia protest in Ukraine's eastern city of Kharkiv turned violent, with demonstrators trying to storm the local government building.

"Some 20,000 joined the protest against Kiev's new pro-West government after the ouster of Kremlin-backed leader Viktor Yanukovych, and later around 300 launched the assault."

AFP Fact Check has debunked other inaccurate claims about the Russian invasion of Ukraine here.