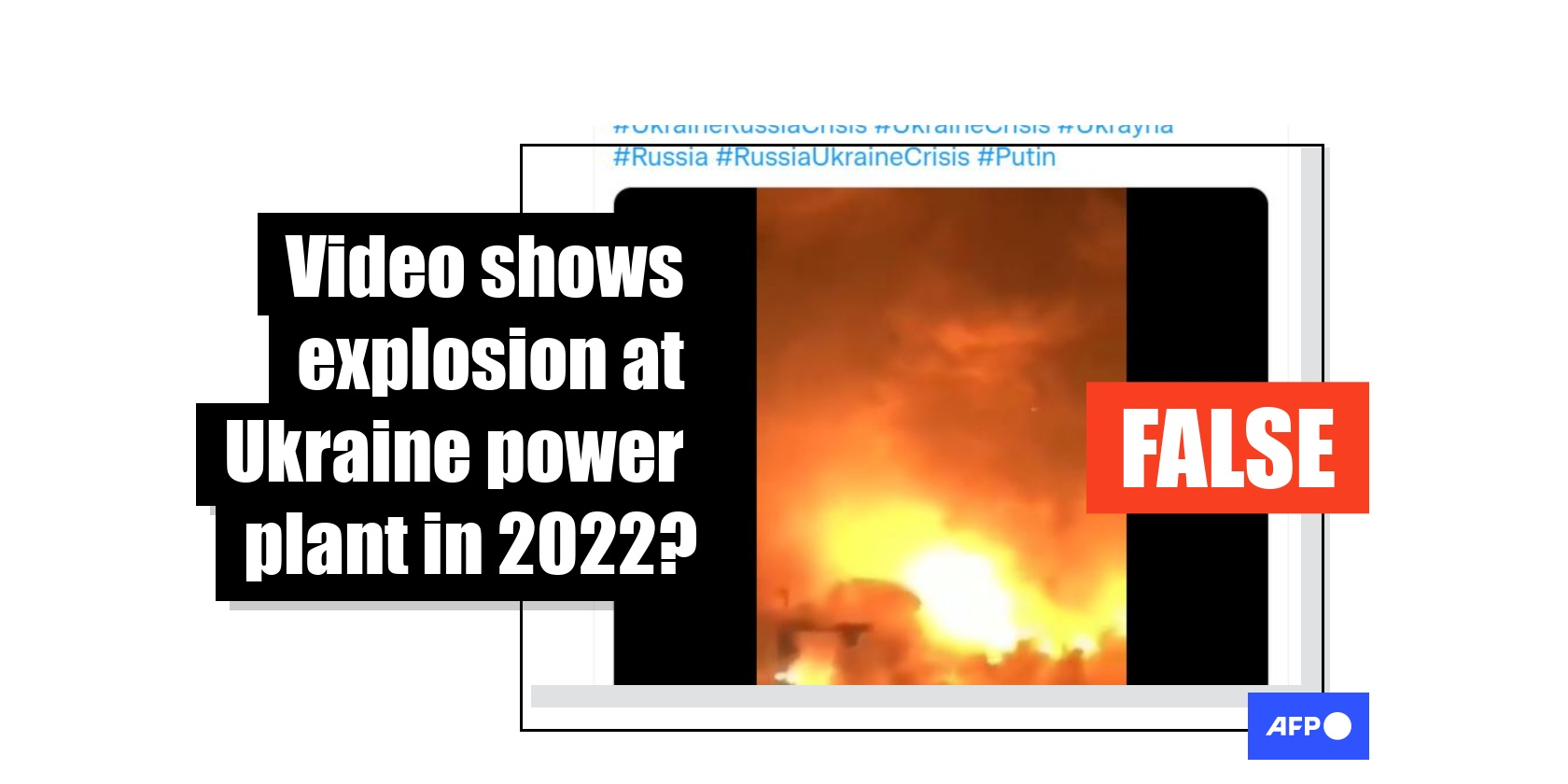 As Russian troops invaded Ukraine, a video was viewed hundreds of thousands of times in social media posts that claimed it showed a huge explosion at a power plant in the separatist Luhansk region. While there have been reports of a fire at a power plant in the region, the video has been shared in a false context. It actually shows a deadly blast that ripped through the Chinese port city of Tianjin in 2015.

It features hashtags such as '#UkraineRussiaCrisis' and '#RussiaUkraineConflict'.

The video, viewed more than 4,000 times, shows an explosion and a huge orange fireball rising into the sky. People off-camera can be heard saying "oh my God" and "let's go". 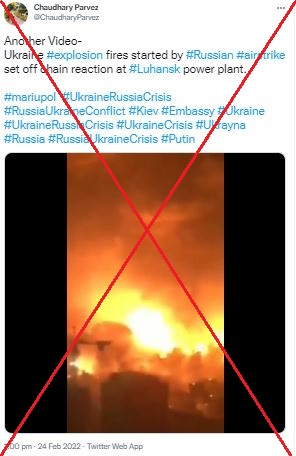 A screenshot of the misleading tweet captured on February 25, 2022

Russian missiles and shelling rained down on Ukrainian cities on February 24 after President Vladimir Putin unleashed a full-scale ground invasion and air assault.

Bloomberg reported that a power plant in Luhansk -- one of two self-proclaimed rebel republics whose independence Putin recognised on February 21 -- was at risk of shutting down because of a fire that started during the shelling.

A Google reverse image search found the same footage in a BBC News report from August 12, 2015.

"Footage of two massive explosions in the Chinese city of Tianjin, taken by a stunned eyewitness, captured the fear and terror of those who saw what happened," the report reads.

"Dozens of people died and hundreds were injured when a warehouse owned by a company specialising in handling hazardous goods caught fire and exploded."

Below are screenshot comparisons of the video in the false posts (left) and in BBC News's report from 2015 (right). 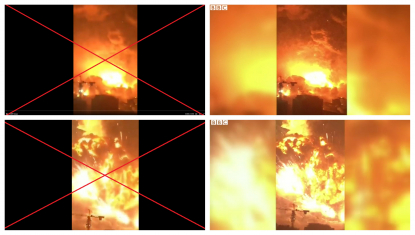 BBC News said the footage was shot by Daniel van Duren, an American living in Tianjin.

The footage was picked up by various news media reporting on the explosion, including The Guardian and NBC.

The blast killed at least 165 people and sparked fears of toxic pollution.

A video obtained by AFP from Chinese state media outlet CCTV at the time shows a similar scene.

AFP footage of the aftermath of the blast shows rows of scorched cars and smoke billowing from the destroyed warehouse.