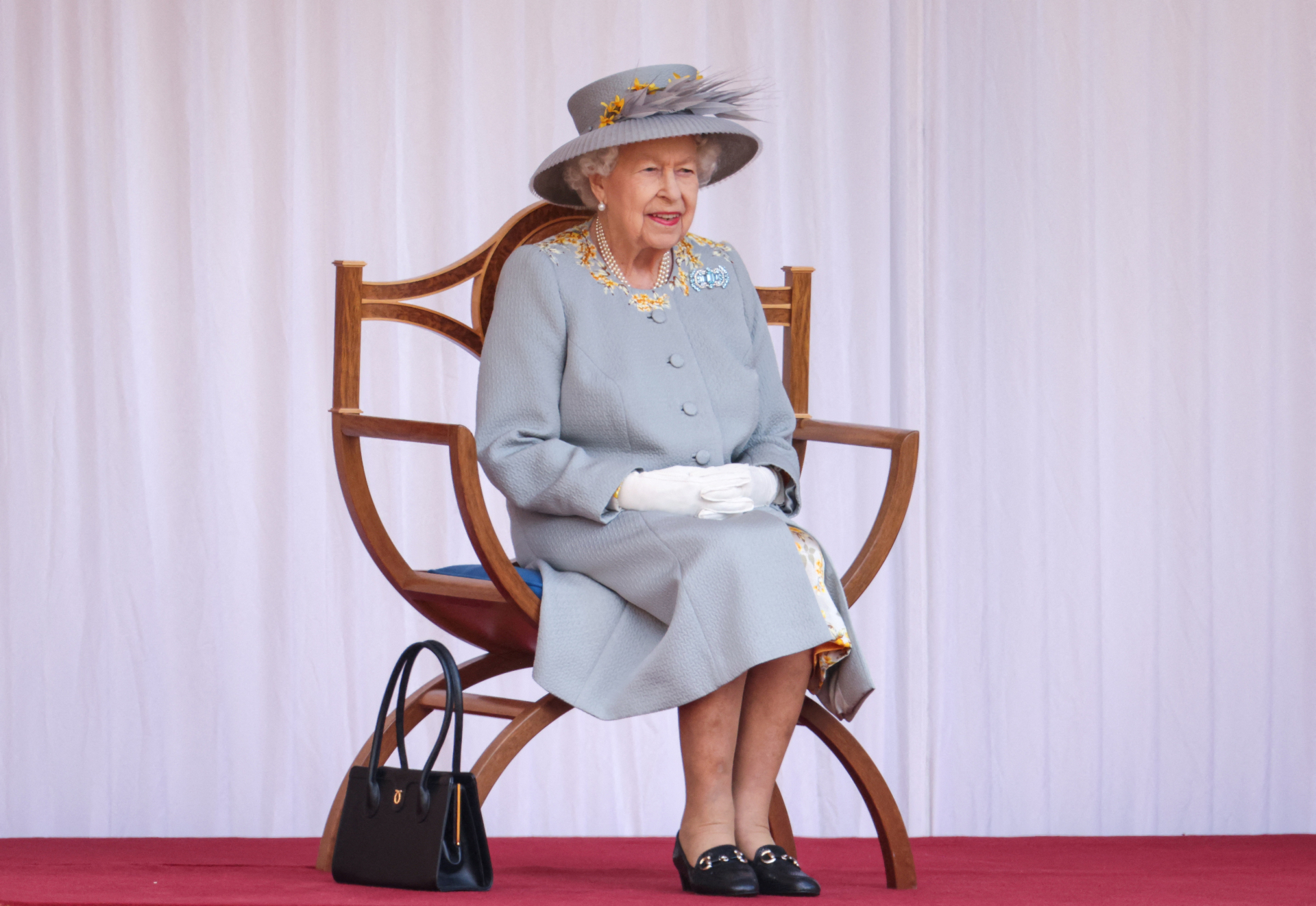 A video has been viewed more than two million times in posts that claim a doctor on an Australian TV programme endorsed deworming drug stromectol — which contains ivermectin — to treat Queen Elizabeth II after she tested positive for Covid-19. However, the Australian network that broadcast the programme said it had mistakenly referenced stromectol in the report. The doctor who was interviewed on the programme issued a clarification on Twitter that he had not endorsed stromectol as a Covid-19 treatment.

The video was published in this tweet on February 21, 2022. It has been viewed more than 2.2 million times.

It was originally taken from a February 21, 2022, report about Queen Elizabeth II testing positive for Covid-19 from Australian television news programme A Current Affair.

At the video's 19-second mark, a box of stromectol appears on the screen.

At the same time, A Current Affair journalist Seb Costello can be heard saying: "Dr Mukesh Haikerwal says a Covid patient the queen's age should be isolating, and might benefit from new medicines currently approved for high-risk patients at Australian hospitals."

Immediately afterward, Haikerwal can be seen saying: "These tablets, or these infusions, can make a dramatic difference to the immediate welfare and health, and how they feel, but also the long-term benefits as well." 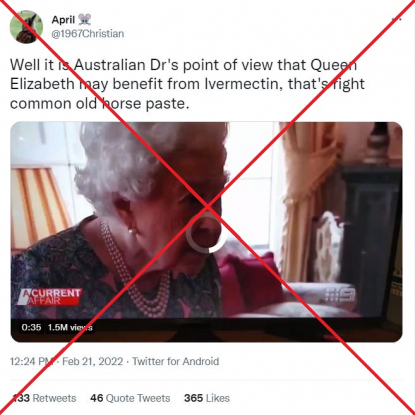 Queen Elizabeth II had tested positive for Covid-19 on February 20, 2022, AFP reported. She had "mild cold-like symptoms" and was expected to continue light duties at Windsor.

Ivermectin is sometimes used in a paste form to treat parasites in horses. As of February 24, 2022, it is not recommended to treat Covid-19 in the UK nor in Australia.

In response to the misleading posts, a spokesperson for Nine — the TV network that broadcasts A Current Affair — told AFP on February 22, 2022, that it did not intend to include the image of stromectol in the story.

“Last night our report on the Queen contained a shot that shouldn’t have been included," the spokesperson said in a statement.

"The shot was included as a result of human error. We were highlighting an approved infusion medication called 'Sotrovimab' and the report accidentally cut to a shot of 'Stromectol' - a product which contains Ivermectin.

"As a programme, we've done numerous stories highlighting the concerns around taking Ivermectin as a treatment for Covid-19.

"We did not intend to suggest Dr Mukesh Haikerwal endorsed 'Stromectol'.

"We've apologised to him this morning, and he has accepted that apology. We do not suggest the Queen is using Ivermectin. We’ve corrected our report and will republish it shortly.”

The correction was also published at the bottom of the report here.

In a tweet on February 22, 2022, following the broadcast, Australian physician Dr Mukesh Haikerwal also clarified that an image of stromectol was wrongly included in the report.

"I understand images inadvertently inserted into the [A Current Affair story] will be removed during the course of today", he wrote. "The channel has been alerted."

https://t.co/RP5M8QRi3t@RACGP@ama_media This is the list of medication that is used in Australia for definite treatment for COVID-19. I understand images inadvertently inserted into the @ACurrentAffair9 will be removed during the course of today. The channel has been alerted. https://t.co/q7616sQpr6

He also shared a link to this article about recently approved treatments for Covid-19 published on the news site run by the Royal Australian College of General Practicioners (RACGP).

The article does not mention stromectol.

This list of approved Covid-19 medicines, published by TGA on January 20, 2022, includes sotrovimab — but not stromectol.