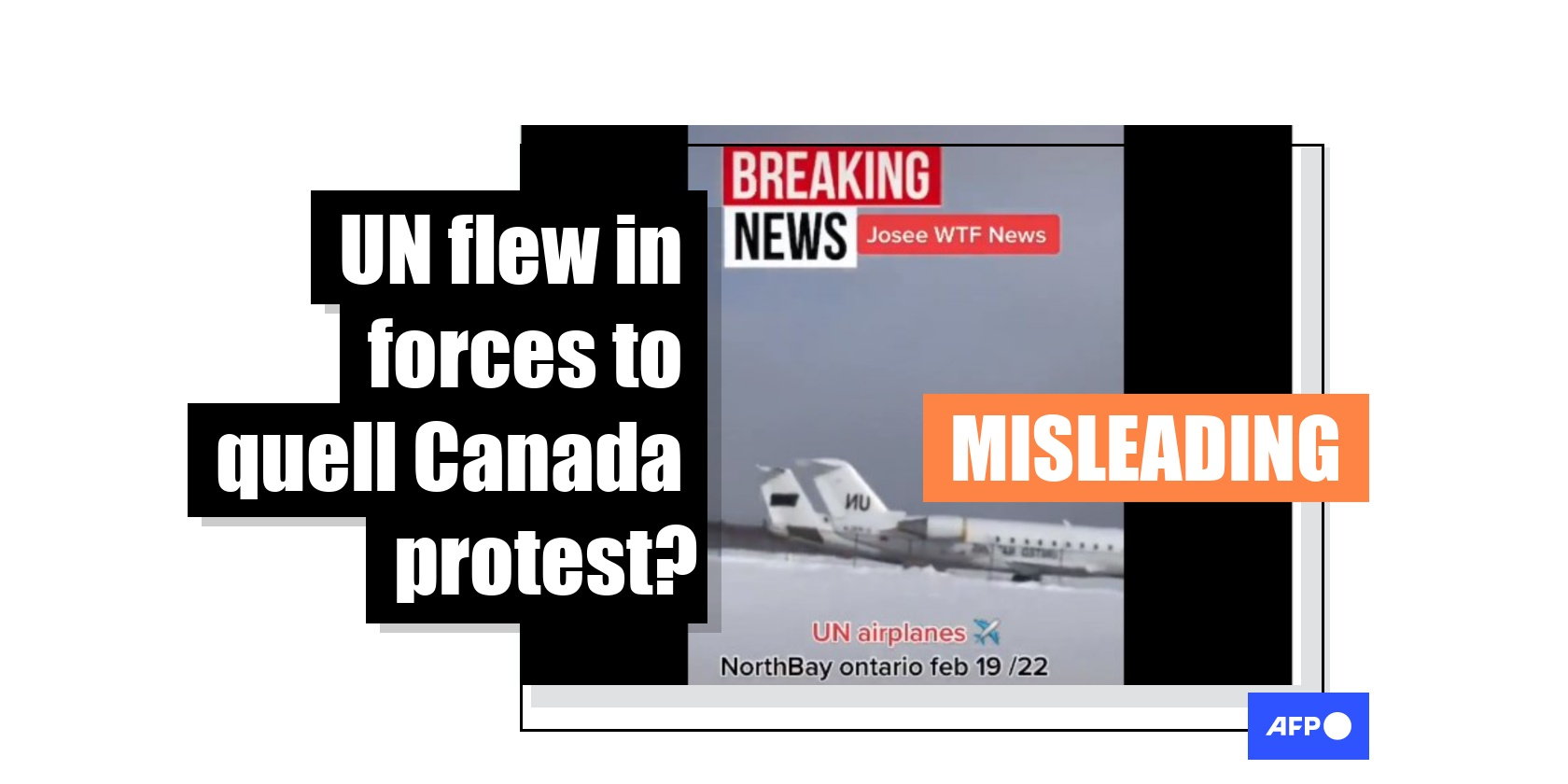 UN plane in Canada for maintenance, not Ottawa protest

Social media posts suggest a United Nations plane was used to fly in security forces who removed anti-vaccine mandate protesters from Canada's capital. But Ottawa police say only Canadian officers were involved, and an aircraft service company says the plane had been undergoing maintenance for weeks.

"Breaking- UN Planes in Ontario, North Bay. Shocked Canadians believe they're the officers at Ottawa," says the title of a February 20, 2022 YouTube video that has been watched more than 10,000 times.

The video begins with nighttime footage of a parked aircraft with UN markings and a man commenting: "Here we go, United Nations plane right here in North Bay. I wonder where all these cops in Ottawa came from." It then cuts to a different clip of a woman in front of two planes who mentions "UN troops" and calls the presence of the jets "suspicious." 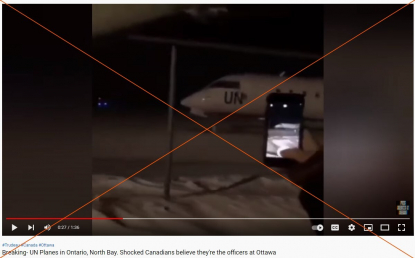 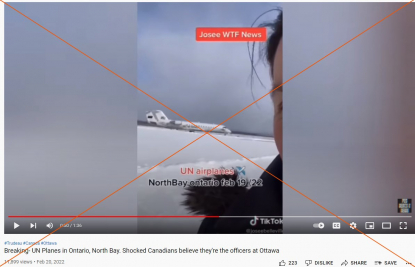 The woman in the video has since posted on TikTok that she did not mean to intentionally spread "misinformation," but the clips, which also appeared on Facebook, Twitter and Instagram, have spread online.

Several police forces, including the federal Royal Canadian Mounted Police (RCMP) and provincial officers from neighboring Quebec, joined with the capital's department to clear the streets of Ottawa, arresting close to 200 protesters.

The claim that UN-labeled aircraft in North Bay, four hours northwest of Ottawa, provided support for the operation is inaccurate.

A spokesperson for the Ottawa police told AFP: "The only police services that worked with Ottawa Police Service were Canadian Police Services from across Canada."

A Twitter user commented that similar planes land in North Bay regularly because that is the base of Ontario's Voyageur Aviation Corp. 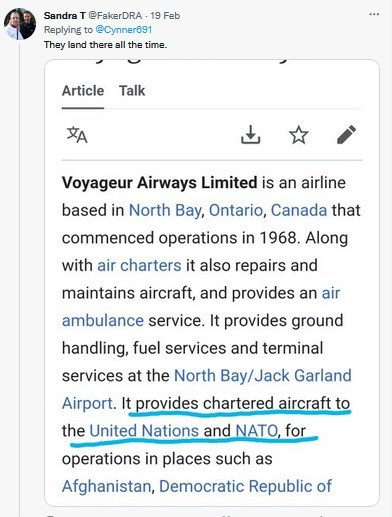 Melchior Schori, a spokesman for Chorus Aviation Inc, Voyageur's parent company, said a UN plane had been parked for an extended period.

Local media reported that the plane was in operation in Jordan for a year and arrived in North Bay on January 29, prior to the police operation to clear out the protesters.

The jet appears to be a Challenger CRJ-200, which seats around 50 people.

Gord Young, a spokesman for the city of North Bay, said UN planes are frequently seen in the area.

"It is not unusual to see these type of planes at the Voyageur location in North Bay and... it is known within the community that the UN is among the company's clientele," he said.

The United Nations did not reply to requests for comment by the time of publication.

In 2018, AFP Fact Check debunked a similar false claim that a UN plane from Voyageur was part of a "migrant invasion" in Canada, while images of armored UN vehicles at a Toronto manufacturing facility also sparked inaccurate allegations of UN intervention in Canada.