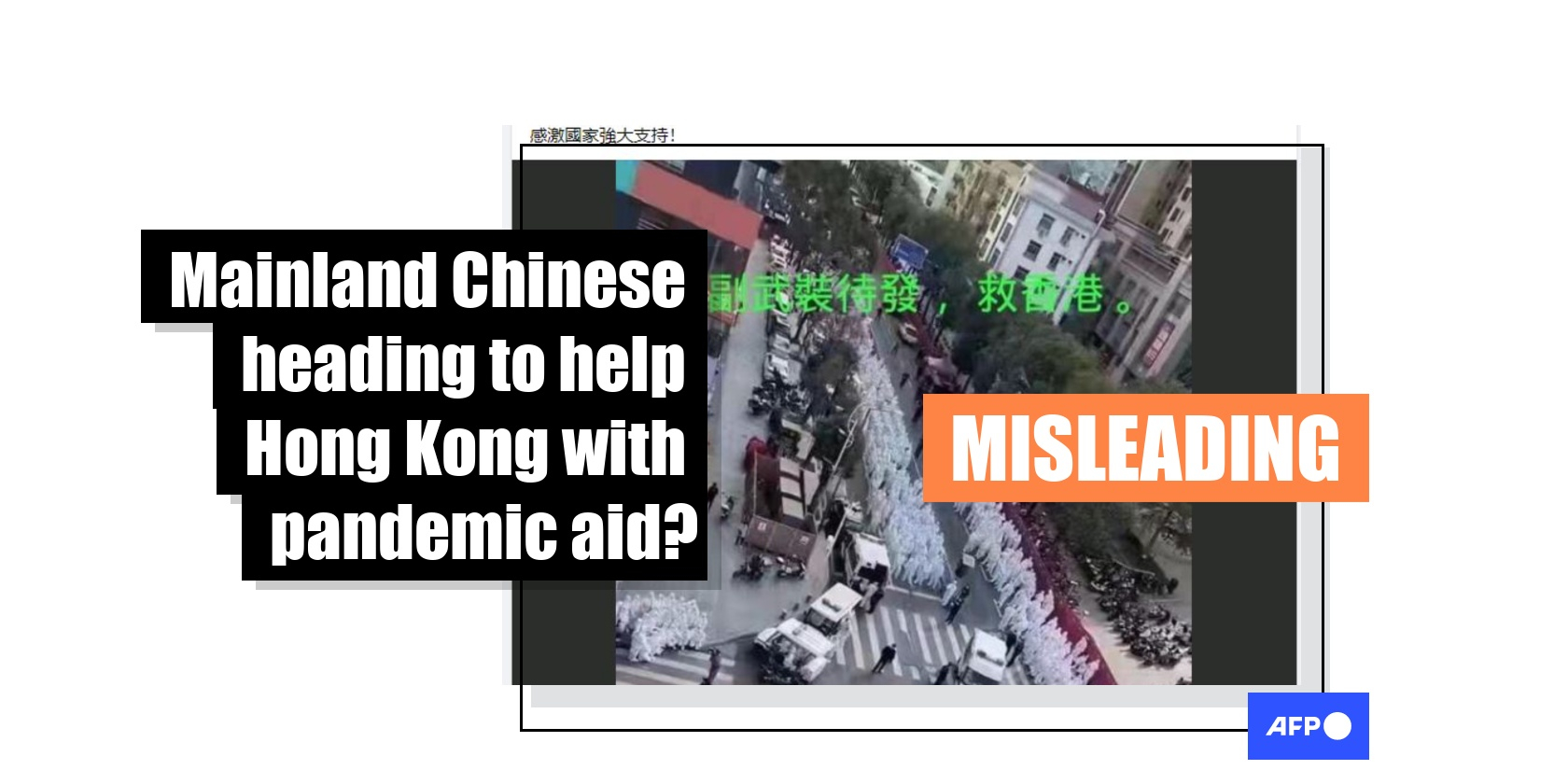 A photo has been shared in multiple Facebook posts claiming it shows representatives from mainland China ready to "save Hong Kong" as Beijing pledged to support the financial hub's efforts to tackle a Covid-19 outbreak. However, the photo was shared in a misleading context; it corresponds to scenes from a Covid-19 lockdown in the southern Chinese city of Shenzhen, where medical workers were combating a local outbreak in early February 2022.

The photo, which shows rows of people in white, protective suits, features text in green that reads: "Well equipped and ready to save Hong Kong". 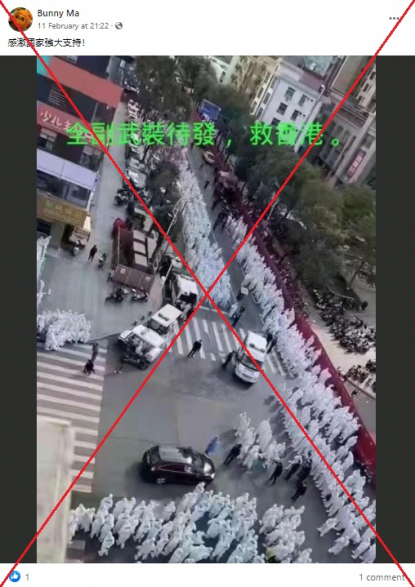 Hong Kong's Chief Executive Carrie Lam announced on February 22 that the entire city of 7.5 million must undergo three rounds of compulsory coronavirus testing in March. She said that mainland Chinese officials were now coordinating the response to the outbreak.

The photo was shared in similar Facebook posts here and here.

Reverse image searches found the same photo shared in posts from early February, including here, here and here, which do not feature the green text reading "Well equipped and ready to save Hong Kong".

The posts mention a Covid-19 outbreak in Shiyan, a subdistrict in Shenzhen, which borders Hong Kong.

Below is a screenshot comparison between the photo in misleading posts (left) and the photo shared in post about a Covid-19 outbreak in Shenzhen (right). 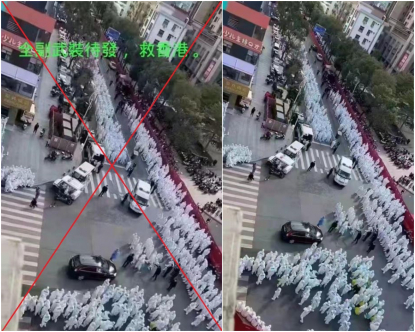 Authorities later locked down the entire site on February 4 for more than two weeks, according to government announcements.

A video embedded in a February 6 article about the lockdown by government-owned newspaper Shenzhen Special Zone Daily shows images of a building, a red street barrier next to a zebra crossing, and people in white protective suits corresponding to the photo in the misleading posts.

Below is a screenshot comparison of the photo shared in misleading posts (left) and Shenzhen Special Zone Daily's video (right), with similarities highlighted by AFP:

Similar scenes from the lockdown can be seen in a report by local broadcaster Shenzhen Media Group titled "Notice from Bao'an: Adjustment of the lockdown and control area of Shiyan Street".

Chinese state media reports from Xinhua and Global Times on China sending medical workers to Hong Kong on February 17 and February 19 do not show them wearing white, protective suits.