Facebook posts claim a black and white image shows San Francisco's Golden Gate Bridge when it opened in 1937. This is false; the photo was taken in 1987 during a celebration of the bridge's 50th anniversary. 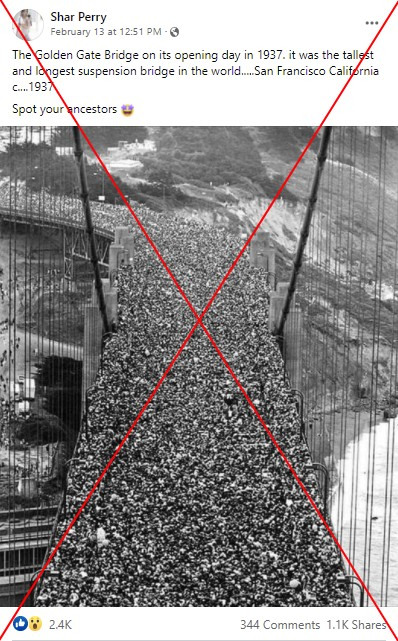 More examples of the claim appeared on Facebook here and here in English, and in Spanish, French and Portuguese.

A Google reverse image search led to a 2015 article published in the San Francisco Chronicle that includes the photograph with the caption: "Shot from the South Tower facing south down onto the roadway overlooking a mass of people at the 50th anniversary celebration for the Golden Gate Bridge."

The photo is attributed to Deanna Fitzmaurice of The Chronicle. 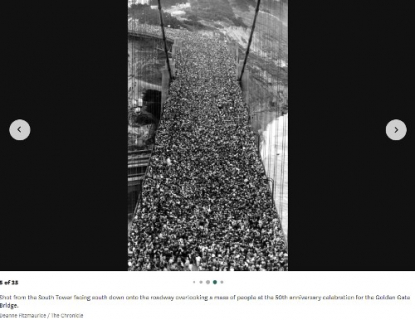 Screenshot of an image in a 2015 San Francisco Chronicle article, taken on February 15, 2022

The image is also credited to Fitzmaurice in the Getty Images database.

"Yes, this is my photo shot during the 50th anniversary of the opening of the Golden Gate Bridge," the photographer told AFP.

One of the most famous bridges in the United States, the Golden Gate was built between 1933 and 1937, when it opened to the public for the first time. Footage of the event shows fewer pedestrians than are depicted in the image circulating on social media.