A video showing people running inside a parking lot has been shared hundreds of times on Facebook and Twitter alongside a claim that it shows Asian giant hornets attacking people in the US in May 2020. This claim is false; the clip actually shows an incident involving Africanized bees outside a shopping centre in Nicaragua.

The video has been shared more than 700 times after being posted to Facebook here on May 16, 2020.

The 17-second video was published alongside two other videos: one showing a mouse being attacked by a hornet and another showing a news programme by the Indian news channel WION about "Asian murder hornets" in the US. 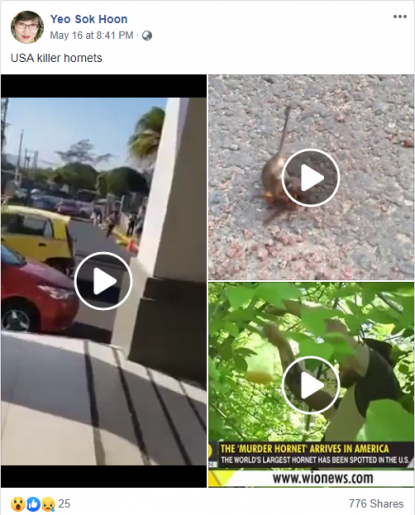 The post was published days after the US announced that Asian giant hornets, the world’s largest hornet species, had been discovered in the country for the first time last year in the state of Washington. Here is an AFP report on the discovery.

The video was also shared here and here on Facebook, alongside similar claims that it was taken in the US.

It was also shared here and here with claims suggesting it shows Mexico and Ecuador; and here, here and here purporting to show hornets in India, China and Turkey. 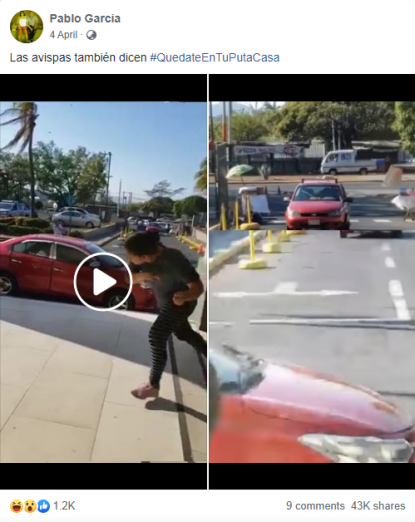 A comment under this post suggested that the incident took place outside Metrocentro, a shopping centre in Managua, Nicaragua.

A further keyword search found this post published on the Facebook page of Managua's Central Z-1 Fire Department, which is located some 2.5 kilometers from the shopping centre, about an incident involving bees outside Metrocentro shopping mall on April 4, 2020.

The Spanish-language post translates to English as: “We took a call; about a swarm of African Bees that affected the population in the vicinity of Metrocentro.”

A spokesperson from the Central Z-1 Fire Department told AFP the incident involved people being attacked by Africanized bees. He said: “The video and photos correspond to the same day (April 4) and indeed there have been no calls to that centre (shopping centre) in recent days, actually it has been the only one in the year and recent years.” 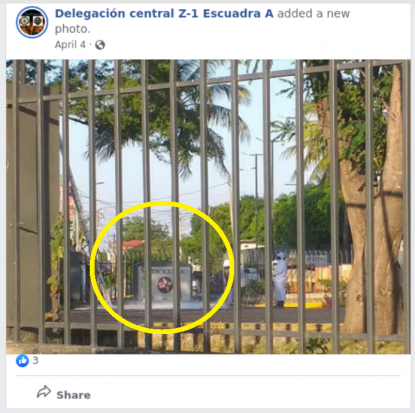 Screenshot of the photo published by Central Z-1, with the Metrocentro sign circled in yellow by AFP

The second video in the misleading post is a one-minute clip that shows a mouse being attacked by a hornet.

It is unclear where it was taken, but this October 2018 article published by the Daily Mail, a UK tabloid, suggests it was shot in Gulfport, Mississippi, US.

Below is a screenshot comparison of the clip from the misleading posts (L) and the YouTube video (R):