Skip to main content
A Canadian flag flies in front of the peace tower on Parliament Hill in Ottawa, Canada on December 4, 2015 (AFP / Geoff Robins)

An official Canadian government notice of intent to procure hydraulic guillotines was shared across social media, with some questioning if it would be used for executions. But the guillotines in question are machines used to cut paper, according to the website of the company that won the bidding process to sell them to Canada.

“Canadian Govt Publishes Bid Request For ‘Programmable Hydraulic Guillotines’ Needed ‘in support of Canada’s response to COVID-19,’” reads the headline of a November 16, 2020 article shared hundreds of times on Facebook. 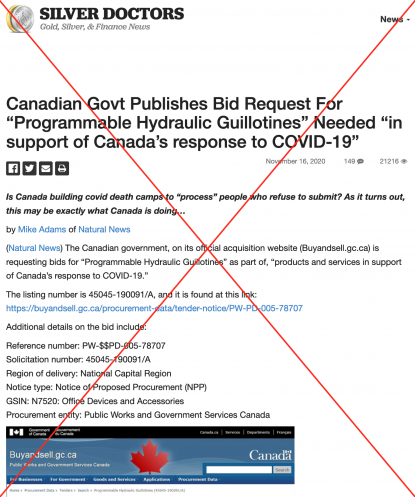 Screenshot taken on silverdoctors.com on December 18, 2020 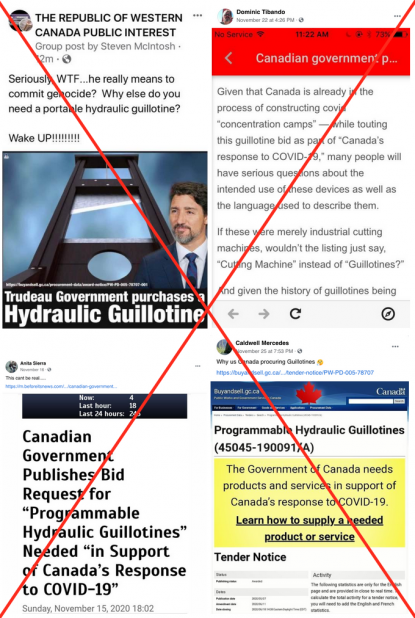 The social media attention followed the publication of a document by the federal agency in charge of awarding public contracts, after purchasing hydraulic paper cutters (guillotines) for Statistics Canada, the national statistics agency. 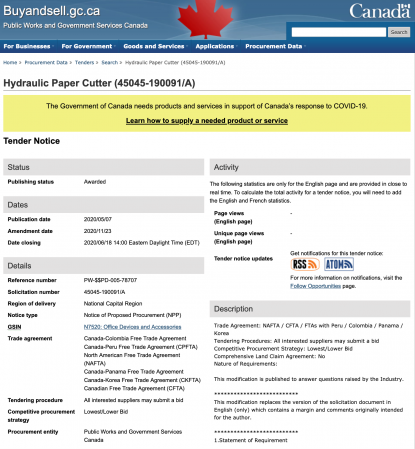 Screenshot taken on buyandsell.gc.ca on December 18, 2020

“It is indeed a tender notice for Hydraulic Paper Cutter, not to cut people’s heads,” a spokeswoman for Public Services and Procurement Canada told AFP in an email.

Contacted by phone, a spokesman for Sydney Stone, the company that won the government bid, declined to comment.

A search for “guillotine” on the company’s website shows that the items in question are indeed paper cutters. 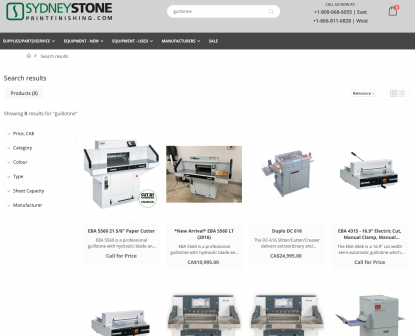 Screenshot taken on printfinishing.com on December 18, 2020

A video showing how a hydraulic guillotine works can be found here.

Canada formally abolished the death penalty in 1998, but there had not been an execution since 1962, according to Amnesty International.

This is not the first time that a government form from the buyandsell.gc.ca website has been targeted by false claims on social media.