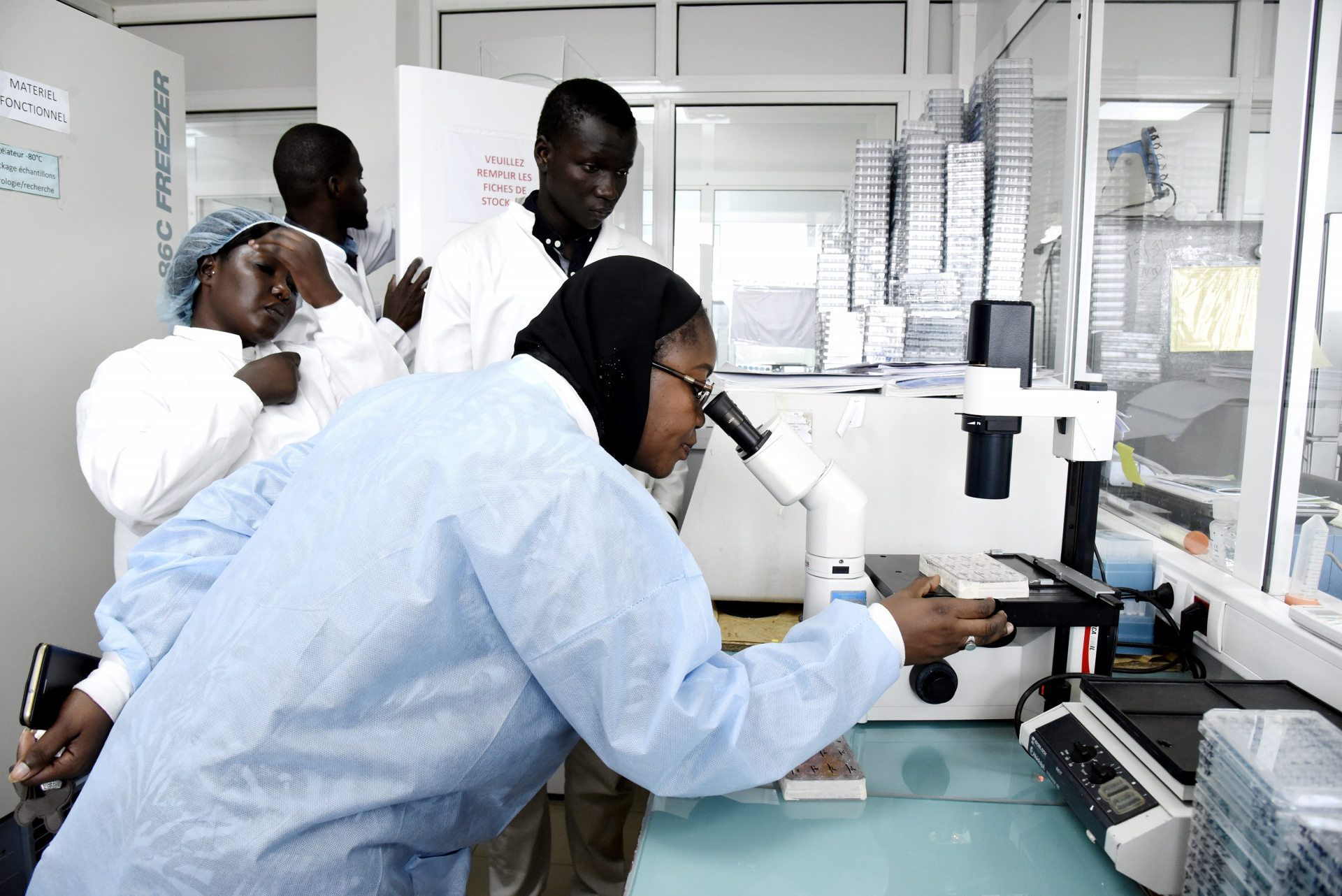 Scientists research the novel coronavirus in a laboratory at the Pasteur Institute in Dakar, Senegal (Photo by Seyllou / AFP)

Facebook posts shared thousands of times claim that a Cameroonian man living in China was cured of the novel coronavirus “because he has black skin”. Although a Cameroonian student was successfully treated for the illness, a doctor from a research centre specialised in the novel coronavirus told AFP there is “no scientific evidence” to suggest black people have a better chance of fighting the virus.

The posts have been shared thousands of times around Africa since February 11, including in Kenya, Nigeria, South Africa and Uganda. We’ve archived some of the posts here and here.

“OUR MELANIN IS OUR DEFENSE,” claims one post, shared more than 2,000 times since February 11 by a Facebook user in South Africa.

“Chinese doctors have confirmed that he remained alive because he has black skin, the antibodies of a black are 3 times strong, powerful,and resistant as that of a white [sic]”. 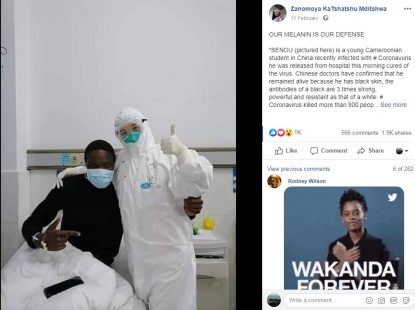 AFP found articles on news sites that relayed the claims.

According to a report from US-based website Cityscrollz from February 14, Chinese doctors said the man “stayed alive because of his blood genetic composition which is mainly found in...subsaharan Africans”.

The African Daily Mail said the man survived “because he has black skin”.

A 21-year-old Cameroonian studying at China’s Yangtze University was admitted to hospital in early February, as the BBC reported (in French) on February 3.

China’s embassy in Cameroon confirmed the man had been treated for the novel coronavirus and left hospital on February 10, having been “completely cured”.

However, a doctor told AFP claims that black people were resistant to the virus were “false information”.

“There’s no scientific evidence to support this rumour,” said Professor Amadou Alpha Sall, director of the Institut Pasteur in Dakar, Senegal, a biomedical research centre tasked with analysing suspected cases of the novel coronavirus in Africa.

As of February 14, the death toll from China’s virus epidemic neared 1,400, although no cases of the illness have been diagnosed in Africa.

“Ethnicity and genetics have no influence on recovery from the virus, and black people don’t have more antibodies than white people,” Professor Sall told AFP.

“There’s lots of false information about this illness, and this is an example”.