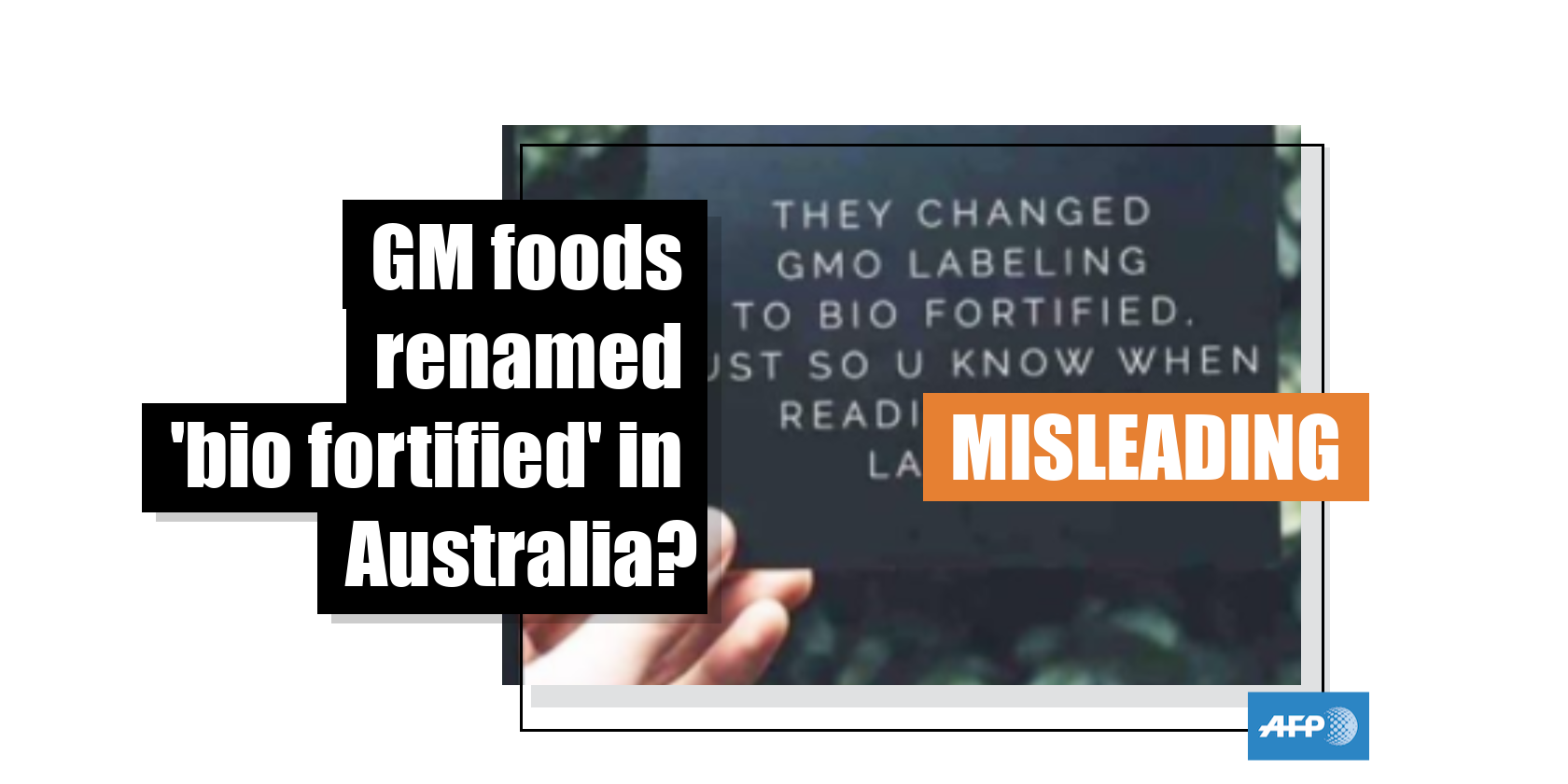 The post includes an image with the text: “They changed GMO labelling to bio fortified. Just so u know when reading food labels.”

The post's lengthy caption reads in part: “OK so this just happened in Australia Why would they do this? Well Bio Fortified sounds alot more natural & acceptable, has a nice ring to it doesn't it. What would you think if your read that on a label?”

According to the World Health Organization, biofortification occurs when “the nutritional quality of food crops is improved through agronomic practices, conventional plant breeding, or modern biotechnology.”

Posts with a similar claim appeared on Facebook here and on Instagram here, here, here and here.

The claim is misleading; the Australian food standards authority, the statutory body responsible for food labelling in Australia, stated it had not renamed genetically modified foods.

“Claims that Australian requirements for labelling of genetically modified (GM) foods have changed are false,” a spokesperson for Food Standards Australia New Zealand (FSANZ), the authority responsible for enforcing food standards in the two countries, said in an email to AFP on December 6.

“The Food Standards Code mandates that GM foods and ingredients for sale must be labelled with the statement ‘genetically modified’. If the food is unpackaged, the labelling statement must accompany or be displayed near the food. These requirements have been in force for nearly 20 years.”

On the FSANZ website here, it states in part: "FSANZ conducts a thorough safety assessment of all GM foods before they are allowed in the food supply. This assessment ensures that any approved GM foods are as safe and nutritious as comparable conventional foods already in the Australian and New Zealand food supply."

The Australian government refers to "genetically modified (GM) crops" in this document published by the Office of the Gene Technology Regulator (OGTR), part of the Department of Health. It states that three GM crops are grown in the country; cotton, canola and safflower.

The report states in part: "All GM crops grown in Australia (commercial and experimental) or imported GM grains are approved by the Regulator only if a scientific assessment shows that they are safe for people and the environment.

"The OGTR does not regulate the use of GM products in food. This is the role of Food Standards Australia New Zealand (FSANZ). All GM foods and ingredients must undergo a safety assessment and be approved before they can be sold in Australia and New Zealand."

The Australian Associated Press also debunked the misleading posts in this report published on October 29, 2019.