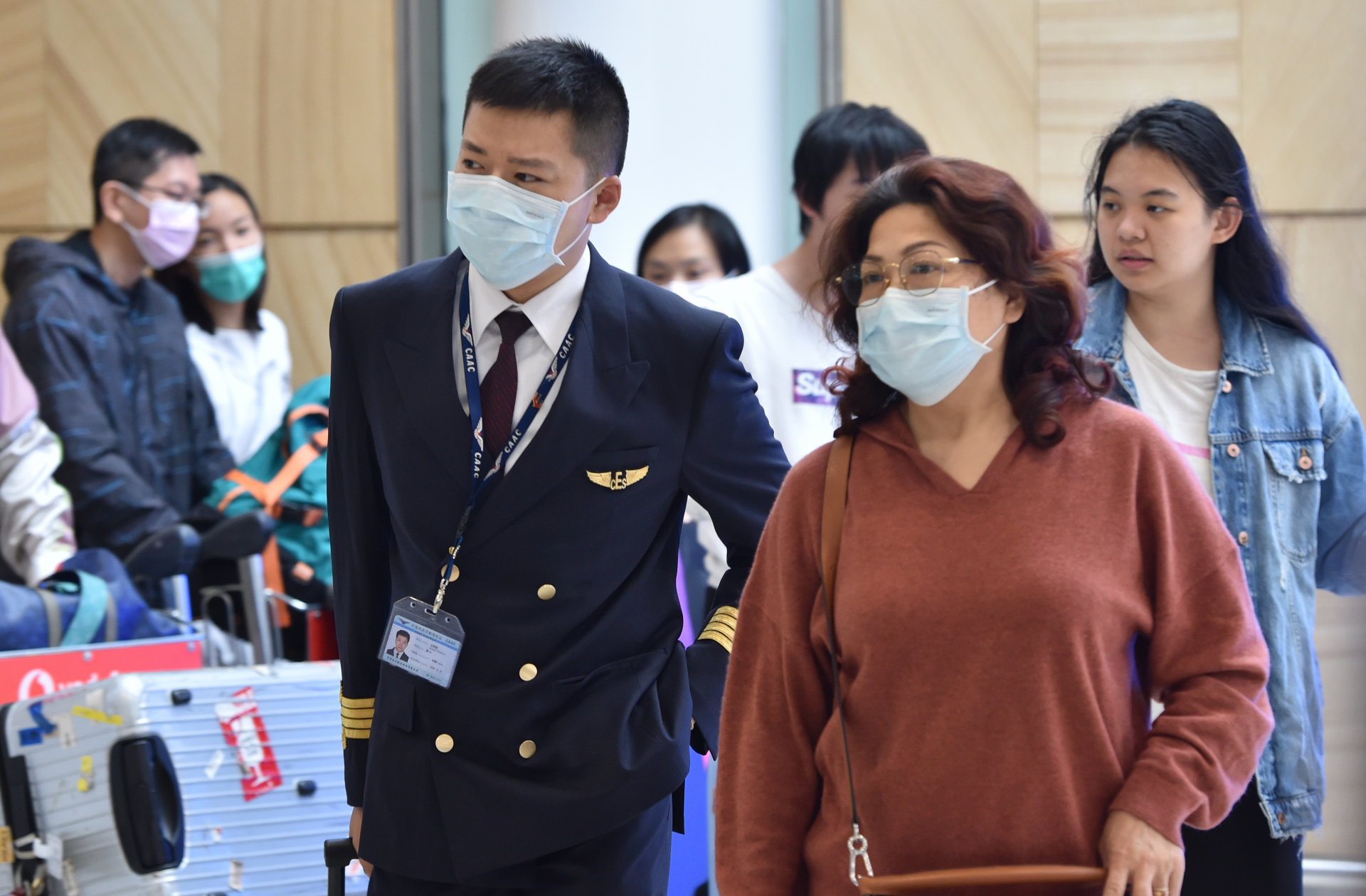 A China Eastern Airlines pilot and passangers arrive at Sydney airport after landing a plane from Shanghai on January 25, 2020. Australian authorities have confirmed 12 cases of a new strain of coronavirus as thousands of people worldwide are treated for the deadly infection. (AFP / Peter Parks)

A purported screenshot of a local Australian media report which states an 18-year-old man living just outside Sydney has tested positive for the novel coronavirus has been shared more than one hundred times in multiple posts on Facebook. The claim is false; the local media organisation, 7News, said it did not publish the purported report; the New South Wales health authority said the report was a hoax.

The screenshot of the purported 7News Facebook post has a caption that reads: “Warning: There have been reports that the Coronavirus has made its way into the Macarthur Area. What we know is that a 18 yearold male has presented himself to the Campbelltown Hospital showing the symptoms and testing positive for the virus. officials are urging everyone to wear facemask and be cautious and reduce travel until it is contained.” 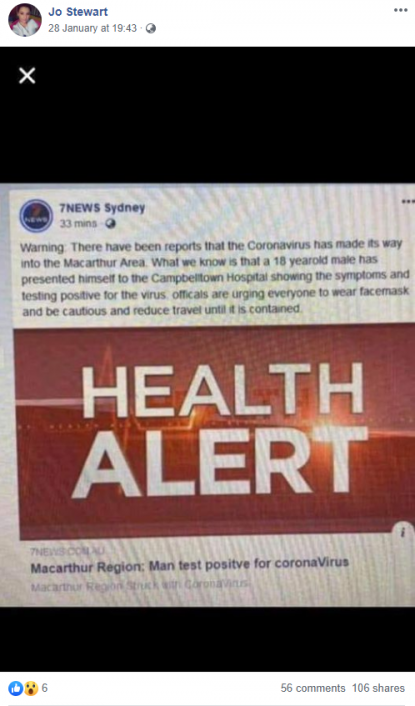 As of February 3, 2020, Australia’s Department of Health had confirmed 12 cases of the novel coronavirus. The virus has killed at least 360 people in China and infected more than 17,000 people since its outbreak in December 2019, as reported here by AFP on February 3, 2020.

Other instances of the purported screenshot were also published on Facebook here, here, here and here with a similar claim.

The claim is false; 7News’ social media manager Brenden Wood said the Facebook post was never published by the organisation.

The New South Wales health authority stated that there were no confirmed novel coronavirus cases in the Macarthur region, which is situated southwest of Sydney and comprises the townships of Campbelltown and Camden.

“There are four confirmed cases of the novel coronavirus in NSW. None of these are in South Western Sydney,” a spokesperson for New South Wales Health told AFP via email on January 30, 2020.