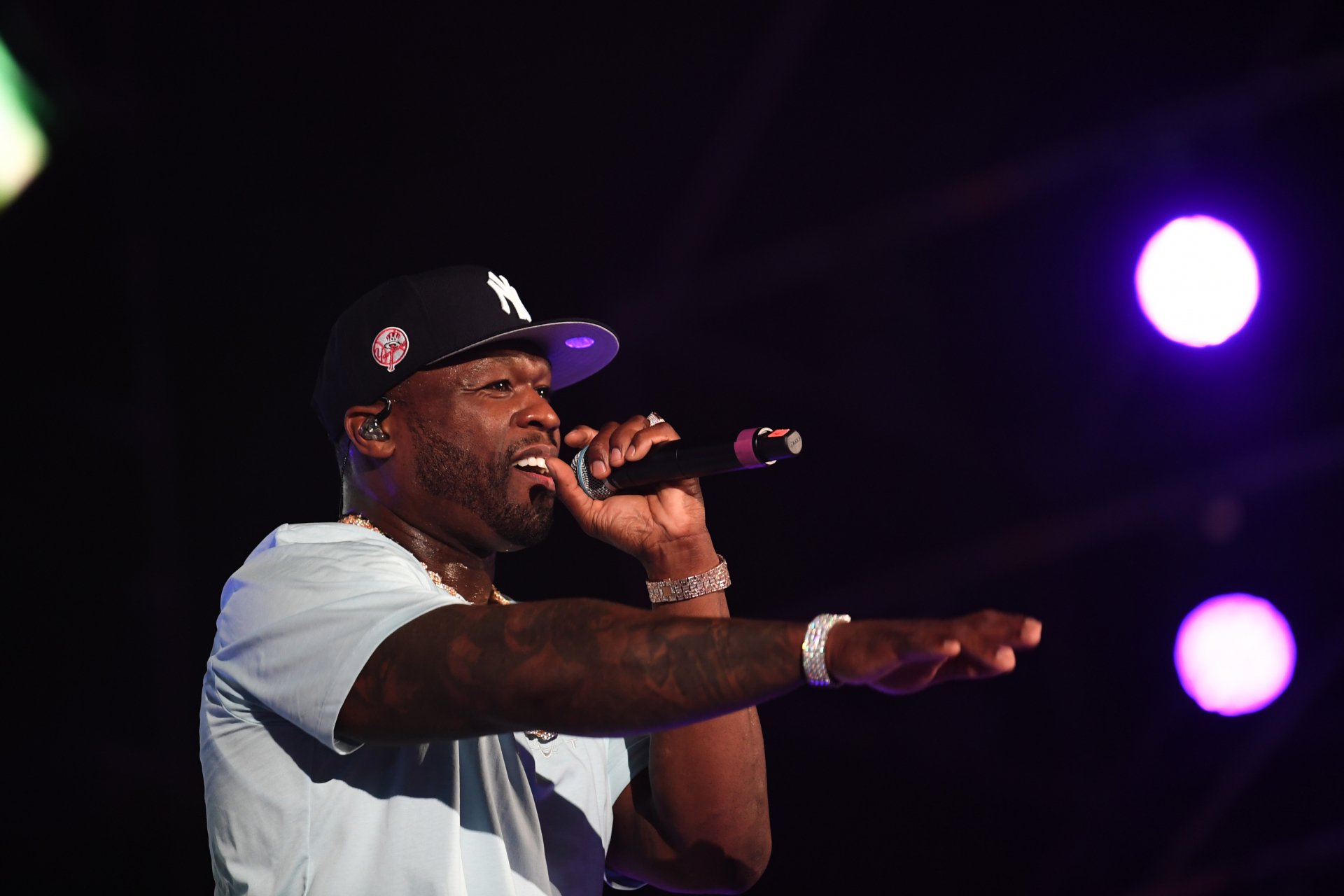 Social media users including Donald Trump’s son Eric spread an image of rappers 50 Cent -- who has urged supporters to vote for the president -- and Ice Cube, both wearing Trump 2020 hats. But the image has been doctored; in the original, their hats featured logos for the BIG3 basketball league and the New York Yankees.

The image shows the pair sitting in what looks like a sports venue, both wearing hats bearing the slogan “Trump 2020,” an apparent endorsement for the Republican candidate’s campaign in the November general election. 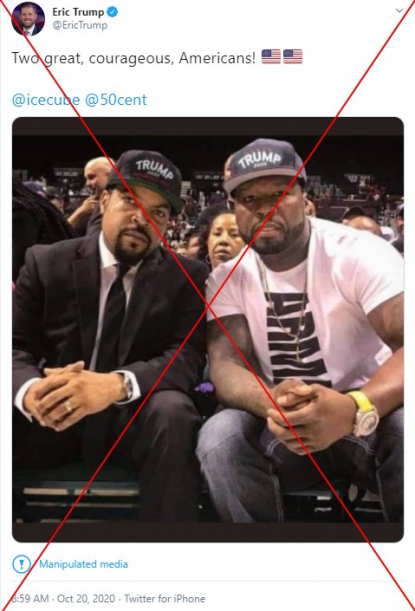 The first version of the doctored photo appears to have been posted on Facebook on the evening of October 19 with the caption “50 Cent & Ice Cube have boarded the trump train!” It was shared in a number of pro-Trump Facebook groups, including the official page of the Oklahoma Republican Party.

However, the photo was doctored. The original was taken on August 26, 2017, during a basketball game at the MGM Grand Garden Arena in Las Vegas, Nevada, and posted on Instagram the following day by 50 Cent, a Google reverse image search shows. 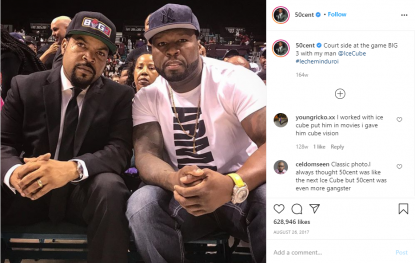 The pair sat together for the whole game, according to reports, and other social media posts from the event confirmed their presence. BIG3 is a 3-on-3 basketball league launched by Ice Cube in 2017.

Both rappers created controversy lately for their association with Trump.

On October 19, 2020, 50 Cent posted a photo of his TV showing possible tax increases for top earners under Joe Biden’s presidency, and urged his followers to cast their ballots for the president as a result.

Black voters could play a key role in whether Biden beats Trump, as a large majority of them are projected to vote for the former VP, polls suggest.

Ice Cube performed with pioneering gangsta rappers NWA whose songs included “Fuck tha police.” In an October 15, 2020 tweet he wrote that he did not officially endorse Donald Trump, but the California rapper and actor faced a backlash after news broke that he was working with the Trump campaign on its plan for the advancement of Black America.

Ice Cube’s Contract With Black America is a manifesto released on his website on July 1, 2020. It proposes wide-ranging reforms including affirmative action for African-Americans, bank loans, and changes to the police and prison systems.

On October 13, Trump senior advisor Katrina Pierson praised Ice Cube for his “willingness to step up and work with” the Trump administration on its Platinum Plan, which promises to “increase access to capital in Black communities by almost $500 billion.”

Following the backlash, O’Shea Jackson, which is Ice Cube’s real name, explained in an interview with Chris Cuomo on CNN that both campaigns had approached him but the Trump team wanted to talk immediately about his plan.

“I didn’t run to nobody,” said Ice Cube, who once tweeted he would never endorse Trump and emphasized to Cuomo that he’s “not pickin’ nobody.”

“I will advise anybody on the planet who has the power to help Black Americans close the enormous wealth gap,” he wrote in a tweet defending his action.

This fact check is available at IFCN's 2020 US Elections #Chatbot on WhatsApp. Click here for more.