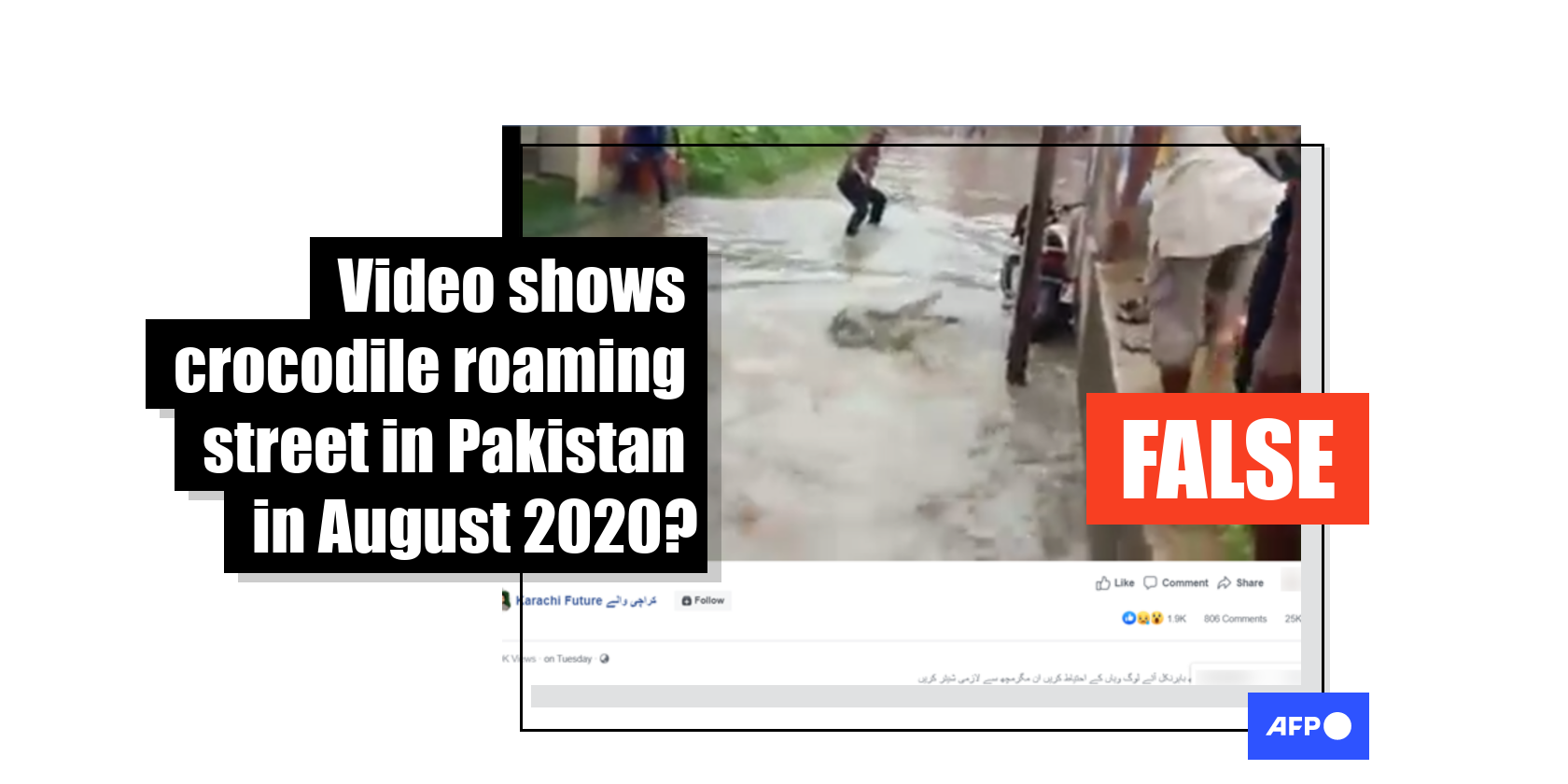 A video of a crocodile in a flooded street has been viewed hundreds of thousands of times on Facebook alongside a claim that it was taken in Karachi, Pakistan, as the city continues to see widespread flooding in August 2020. The claim, however, is false; this video has circulated online since 2019 and actually shows a street in India.

The 30-second clip shows a crocodile being pulled by a rope on a flooded street. Bystanders can be heard screaming as they watch. 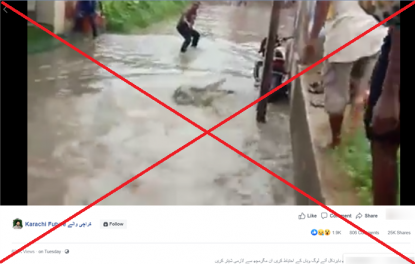 The video’s Urdu caption translates to English as: “After heavy rain, the crocodiles of Manghopir are out. Beware the crocodiles. Share this post.”

Manghopir is a neighbourhood in the outskirts of Karachi. It is famed for its shrine to the Sufi saint Haji Syed Shaikh Sultan, which has a pond populated by dozens of crocodiles.

Heavy rain lashed the Pakistani port city in August, causing widespread flooding that killed dozens and left many homeless. Here is a local report on the damage caused by the downpour.

The video was also shared here, here, here and here on Facebook, alongside similar claims. It was also posted here claiming to be in Sudan.

A reverse image search on Google using video keyframes found a video of the same scene shot from a different angle, published here on the YouTube channel of Indian newspaper Times of India on August 4, 2019. 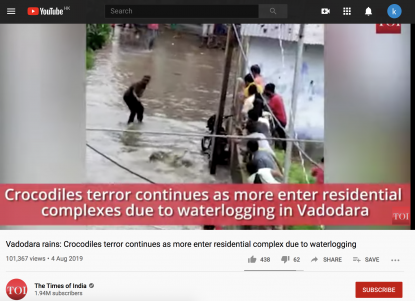 The video description states: “Due to waterlogging by the ongoing heavy rains, further incidents of crocodiles entering Vadodara’s housing complexes have been recorded. Following last week’s viral video of a crocodile attacking a dog inside Lalbaug’s Rajsthamb society, a team of rescuers captured another reptile at night from the entrance of a house. Meanwhile, a 10-foot-long crocodile gave a hard time to forest officials at a society in Vadsar. As the water levels rise in the Lalbaug lake, crocodiles come out and enter the housing societies adjacent to it.”

Vadodara is a city in the Indian state of Gujarat.

Below is a screenshot comparison of the Time of India video (L) and the video in the misleading Facebook post (R), with identical features circled in blue, red and green by AFP:

A screenshot comparison of the Time of India video (L) and the video in the misleading Facebook post (R), with identical features circled in blue, red and green by AFP

The state-run Sindh Wildlife Department in Karachi also denied the claims in this August 24, 2020 tweet. 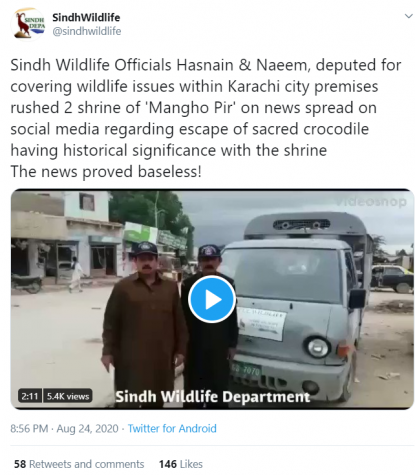