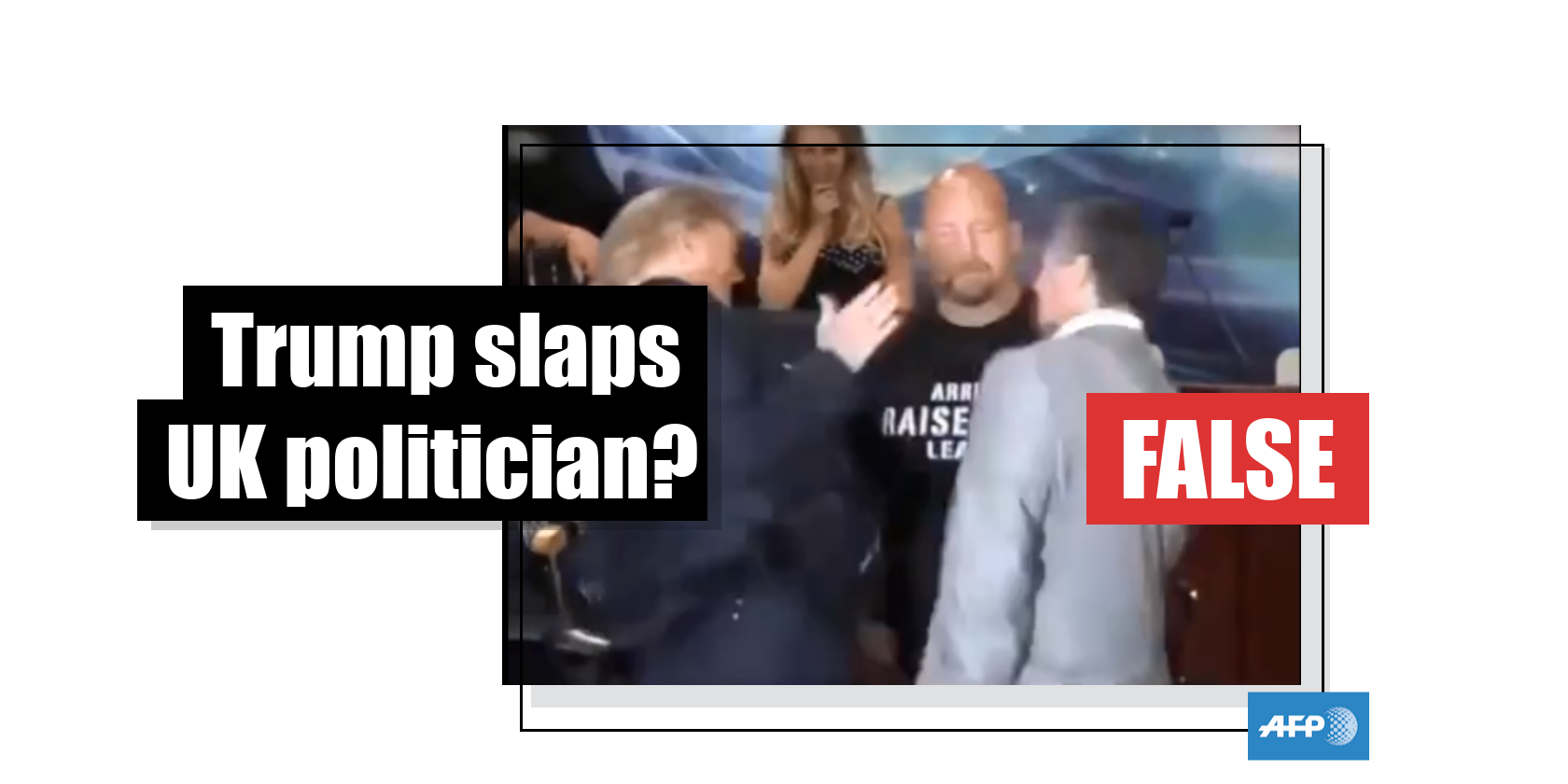 Footage of Donald Trump slapping a man has been shared thousands of times in Chinese-language social media posts which claim it shows the US President attacking a British MP who insulted him. The claim is false;  the video was filmed in 2007 before Trump became president and actually shows him slapping an American professional wrestling executive in a planned stunt at a WrestleMania press conference.

The 59-second video was published here on Facebook on July 7, 2019 where it was shared more than 1,100 times before it was deleted.

The footage shows Trump posing for photos with a man wearing a grey suit. The man then waves Trump’s tie in his face and flicks his nose, before Trump appears to slap him across the face.

The Chinese-language caption translates to English as: “After
taking photos with Trump, the UK Member of Parliament insulted the US President in public, the UK MP who got slapped, have you seen President hitting others? Time to teach you a lesson, guess the US President Trump will bring the world more things far beyond imagination.” The same video was published with a similar caption here and here on Facebook, and also here on Twitter.

The claim is false; the footage actually shows Trump slapping an American professional wrestling executive in a planned stunt at a press conference in New York for WrestleMania in 2007, nearly a decade before Trump became president.

Donald Trump was elected as the president of the United States in 2016.

A reverse image search on Yandex for keyframes of the video found this identical footage published on video sharing website Dailymotion.

Vince McMahon is the CEO of World Wrestling Entertainment (WWE).

Below is a screenshot comparison of the video in the misleading posts (L) and the Dailymotion video (R):

A keyword search found the video was filmed in March 2007 at a press conference for professional wrestling event WrestleMania.

AFP found this video published on WWE’s verified YouTube channel on February 25, 2013 which contains similar footage to that seen in the misleading video, shot from a different angle.

The WWE YouTube video caption states: “Donald Trump is the latest celebrity to be inducted into the 2013 WWE Hall of Fame. ‘The Apprentice’ footage is courtesy of JMBP, Inc. All Rights Reserved.”

Below are three sets of comparison between screenshots from the misleading video (L) and the WWE video from 1:33 to 1:36 (R): 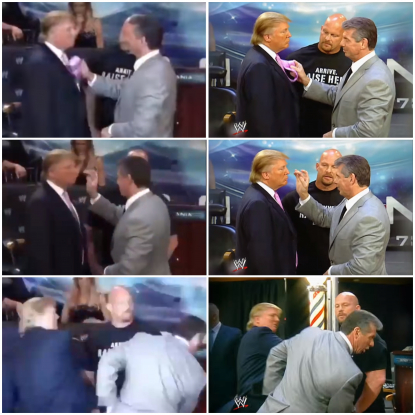 Three sets of comparison between screenshots from the misleading video (L) and the WWE video from 1:33 to 1:36 (R)

The AP caption states: “Wrestler ‘Stone Cold’ Steve Austin, center, watches as WWE chairman Vince McMahon pushes on the nose of Donald Trump as they face off during a news conference in New York, March 28, 2007. Trump and McMahon had wrestlers respresent them in the ‘Battle of the Billionaires’ match at WrestleMania XXIII on April 1, with Austin as referee.”

Another photo of the same scene was published here by Getty Images on March 28, 2007.