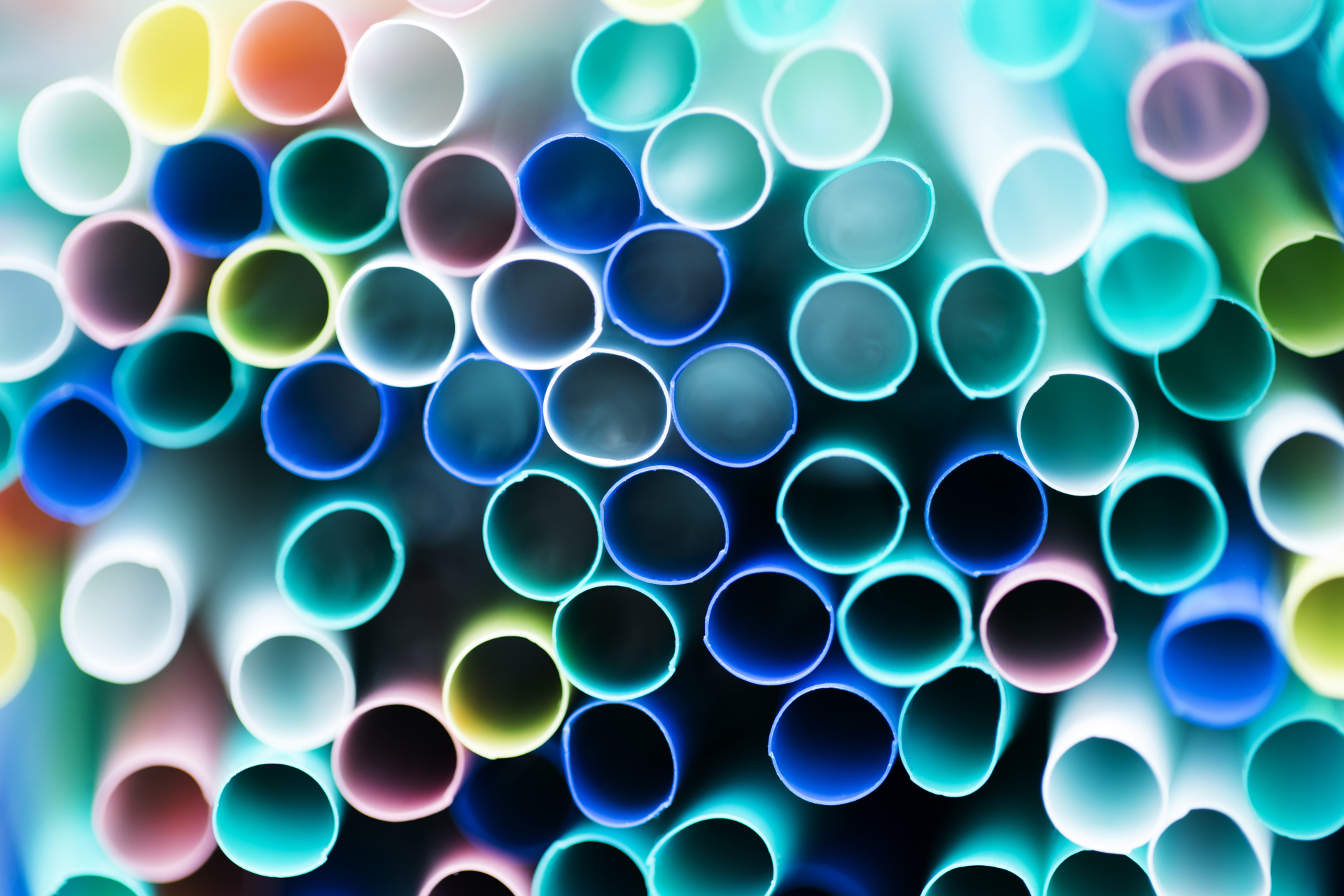 A misleading claim that 95 percent of the plastic debris in the world's oceans comes from only 10 rivers has been shared thousands of times on Facebook in Canada, in a meme and in videos. That figure, an incorrect interpretation of a 2017 study, has also been cited in numerous online publications in the past two years. But the study actually states 10 rivers are the source of 88 to 95 percent of the total plastic waste transported by rivers into oceans — not the global amount of plastic present in the oceans.

The meme reads: "FACT - 95% of the ocean's [sic] plastic pollution comes from just ten rivers, all of which are in Asia or Africa," adding, "Once again, Canada is not the problem. Don't let Justin Trudeau fool Canadians." 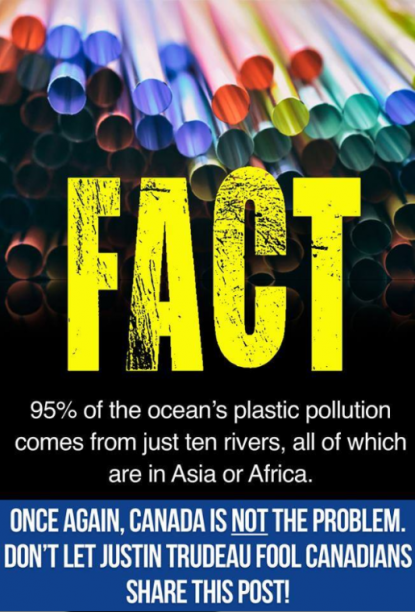 The image, which has been shared more than 4,000 times since mid-June 2019, was posted by multiple Facebook pages archived here, here and here. The claim has also been taken up in videos, including one published on the Facebook page of the World Economic Forum.

The claim appears to be based on a 2017 study titled, "Export of Plastic Debris by Rivers into the Sea" by Christian Schmidt (et al) from the Helmholtz Centre for Environmental Research (UFZ) in Germany.

Many media outlets, including The Sun, Sky News and The Times, reported on that research stating that around 90 percent of plastic waste in the world's oceans appeared to come from 10 rivers. Some publications, including The Daily Mail and The Express, have since corrected their stories to clarify that the study concerned river-borne waste and not the entire plastic load polluting the oceans.

But Schmidt's study did not conclude that 10 rivers transport 88 to 95 percent of the total plastic load found in the oceans.

Schmidt told AFP that the estimate in the study was not for the total plastic waste in the ocean.

"It’s just the riverine. It does not include all the other sources that are out there," Schmidt said.

Where did the confusion arise?

The confusion possibly came from a press release about the study, published on October 17, 2017 on the UFZ's website that stated that UFZ researchers "have also calculated that the ten river systems with the highest plastic loads (eight of them are in Asia and two in Africa) — areas in which hundreds of millions of people live, in some cases — are responsible for around 90 percent of the global input of plastic into the sea".

Schmidt also recognised that a section of his paper that refers to how "the 10 top-ranked rivers transport 88−95% of the global load into the sea" could be misinterpreted at first glance. Schmidt said he regretted the misrepresentation of his study in a number of news articles.

"It's often written that 90 percent of the entire land-based plastic that ends up in the ocean comes from ten rivers. And this is not true," he said.

Schmidt told AFP that the UFZ had recently contacted him after being notified of the misleading nature of the original press release. "We are trying to fix that, because it should not be unclear," he said.

What does the study conclude?

Schmidt's study estimated the amount of plastic waste in 1,350 rivers around the world, based on previous studies of those rivers. Rivers of all sizes were included, "from small first order streams to large rivers which all discharge to the sea."

The difference of 7 percentage points — between 88 and 95 percent — is due to the two different models used in the study. The first takes into account studies measuring only microplastic while the second includes studies on both micro- and macroplastics.

Laurent Lebreton, a researcher specialized in marine pollution, explained in a 2017 study — quoted by Schmidt in his research — that other significant sources of  plastic present present in oceans include litter from beaches and discharge from the shipping and fishing industry.

However, Lebreton’s most recent study, in 2019, suggests that "rivers are major pathways for plastic litter to the ocean". 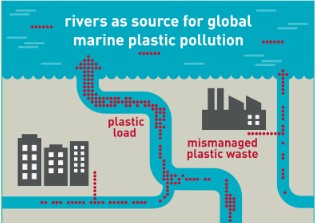 Calculating the exact quantity of plastic in the ocean that comes from rivers, however, is difficult, according to Schmidt. "The ocean accumulates over many, many years, so it's very hard to say how much the rivers entirely contribute to the actual plastic that resides in the ocean," he told AFP.