A video with more than 100,000 views in multiple Facebook, Instagram, WhatsApp and Twitter posts claims to show a crowd in southeastern Nigeria being dispersed while protesting against a Supreme Court ruling that effectively removed the locally-born state governor. The claim is false; the video was circulating online at least one day before the court’s judgement.

The video was published on Twitter here on January 14, 2020, by Fred Diaries, an account with more than 24,000 followers. The tweet containing the clip has been shared more than 300 times and liked nearly 200 times.

The post claims: “Mbaise people going to protest on behalf of Emeka Ihedioha Then boom they hear Gunshots [sic]." Mbaise is a town in southeastern Nigeria in Imo state. 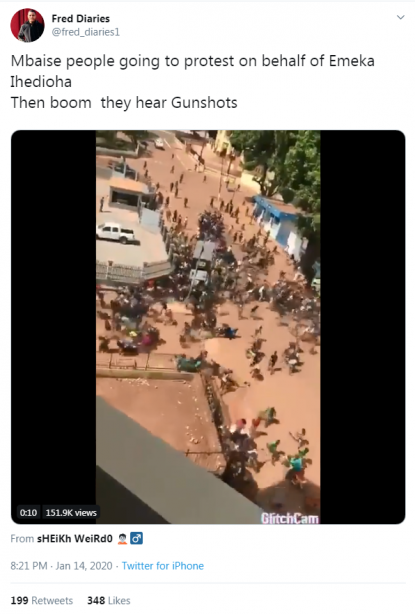 The footage, which shows a crowd quickly dispersing at what sounds like gunshots, also appeared here and here on Facebook, here on Twitter and here on Instagram alongside similar claims that it was related to the court ruling about the state governor. (Some of the Facebook posts here, here and here show screen recordings of the video tweeted by Fred Diaries.)

Mbaise-born Emeka Ihedioha of Nigeria’s main opposition People’s Democratic Party (PDP) was elected governor of Imo eight months ago. But after his rival  Hope Uzodinma of the ruling All Progressives Congress challenged Ihedioha’s victory, the Supreme Court decided in his favour on January 14, 2020.

The ruling has been criticised on the basis that Uzodinma had initially finished fourth in the March 9, 2019, gubernatorial poll, before the Supreme Court ruled that he actually finished first.

The Question is, where did the Supreme Court find the extra votes for Uzodinma? Is it from the number of Registered voters from the 388 polling units cancelled?
That is the zoo for you

THIS IS FRAUD TOO MANY. - no Hope For Nigeria pic.twitter.com/AKogUkYv7H

A common feature in all the posts is a watermark of the name "GlitchCam" in the bottom-right corner of the video. GlitchCam, called “Video Editor - Glitch Video Effects” here and “Glitch Video Effect - Video Editor & Video Effects for Android” here, is an application developed by Inshot Inc for editing images and videos. It claims to help users “distort video in an artistic way”. 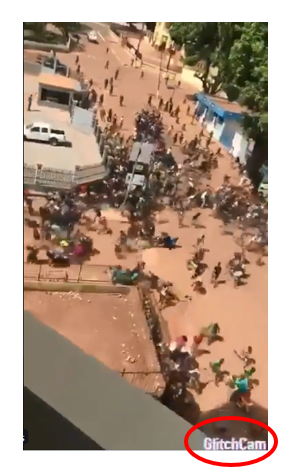 Screenshot of the clip showing the GlitchCam watermark

The 15-second clip shows a loud crowd approaching a junction. The crowd then quickly disperses while what sounds like gunfire is heard. Down the road, a white-coloured armoured vehicle approaches the crowd.

Some of the comments on social media posts express shock at the speed the people ran away in the video clip.

The GlitchCam application has five features, including a speed effect that can make videos play twice as fast or reduce speed by half.

The claim that the video shows Mbaise residents gathering to protest the court’s ruling is false: While the PDP did stage protests against the judgment in Abuja and London, the video was first posted on Twitter here on January 13 -- a day before Nigeria’s highest court nullified Ihedioha’s electoral victory. 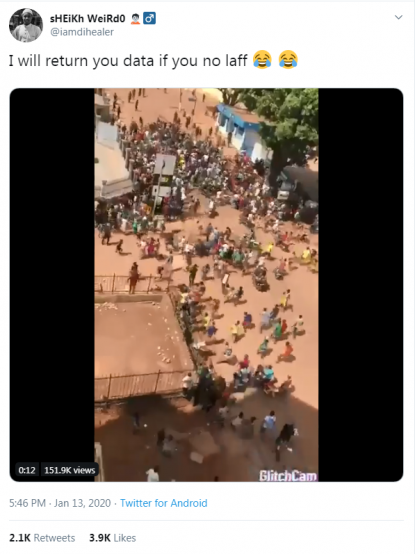 This tweet makes no mention of where the incident took place nor does it mention Ihedioha; it simply makes fun of the scene. In the comments, many people joke about how fast the crowd disperses.

The next day, it was reposted by Fred Diaries. 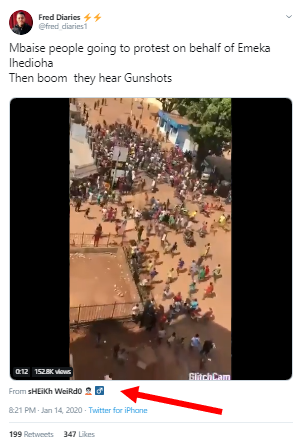 "I saw the video on one of my friends’ WhatsApp statuses, so I saved it through an app ‘WhatsApp status saver’ and posted it here (Twitter). That's all I know," said Muhammad Aminu, the owner of the Twitter account @iamdihealer.

AFP has not yet been able to independently verify the source of the video. We spoke to Mbaise residents who did not recognise the location as being in their town.

Imo police spokesman Orlando Ikeokwu said the video clip was not shot in any part of the state.

“This is not even in Imo state, nothing like this happened anywhere in Imo State,” Ikeokwu said.

If you have any information regarding the source of this video, please contact us.

Meanwhile, a separate Facebook post shared more than a hundred times claims to show that Nigerian troops in Mbaise were responsible for killing protesters. We’ve archived the post, which features two images, here. 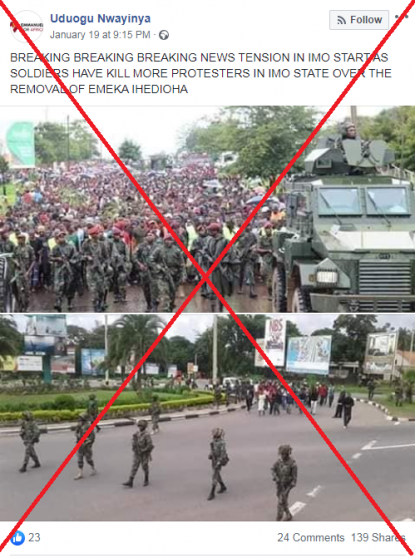 However, multiple reverse image searches on Google and Tineye show both images were in fact taken in Malawi. 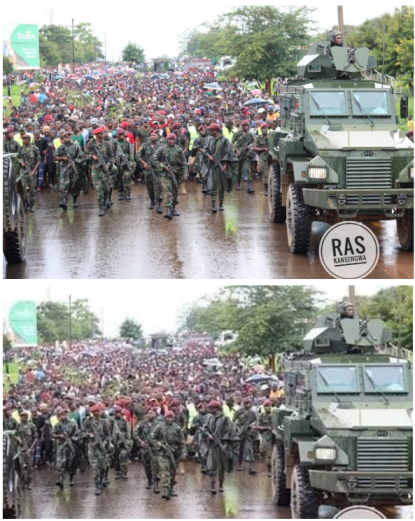 Comparison between the two images

The photo above was first posted here and here by Malawian newspaper The Nation. It was shot by Ras Peter Kansengwa during a Human Rights Defenders Coalition demonstration in the capital Lilongwe, but Kansengwa’s logo in the bottom-right corner of the image was cropped out in the Facebook post that falsely claimed it was taken in Nigeria. 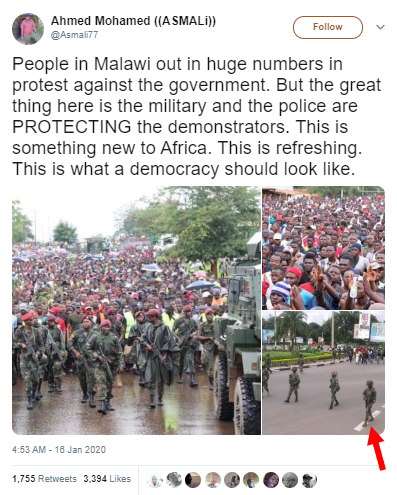 The second photo from the Facebook post appeared alongside other pictures in Twitter posts (see red arrow above) about the Malawi protest, shared here and here.