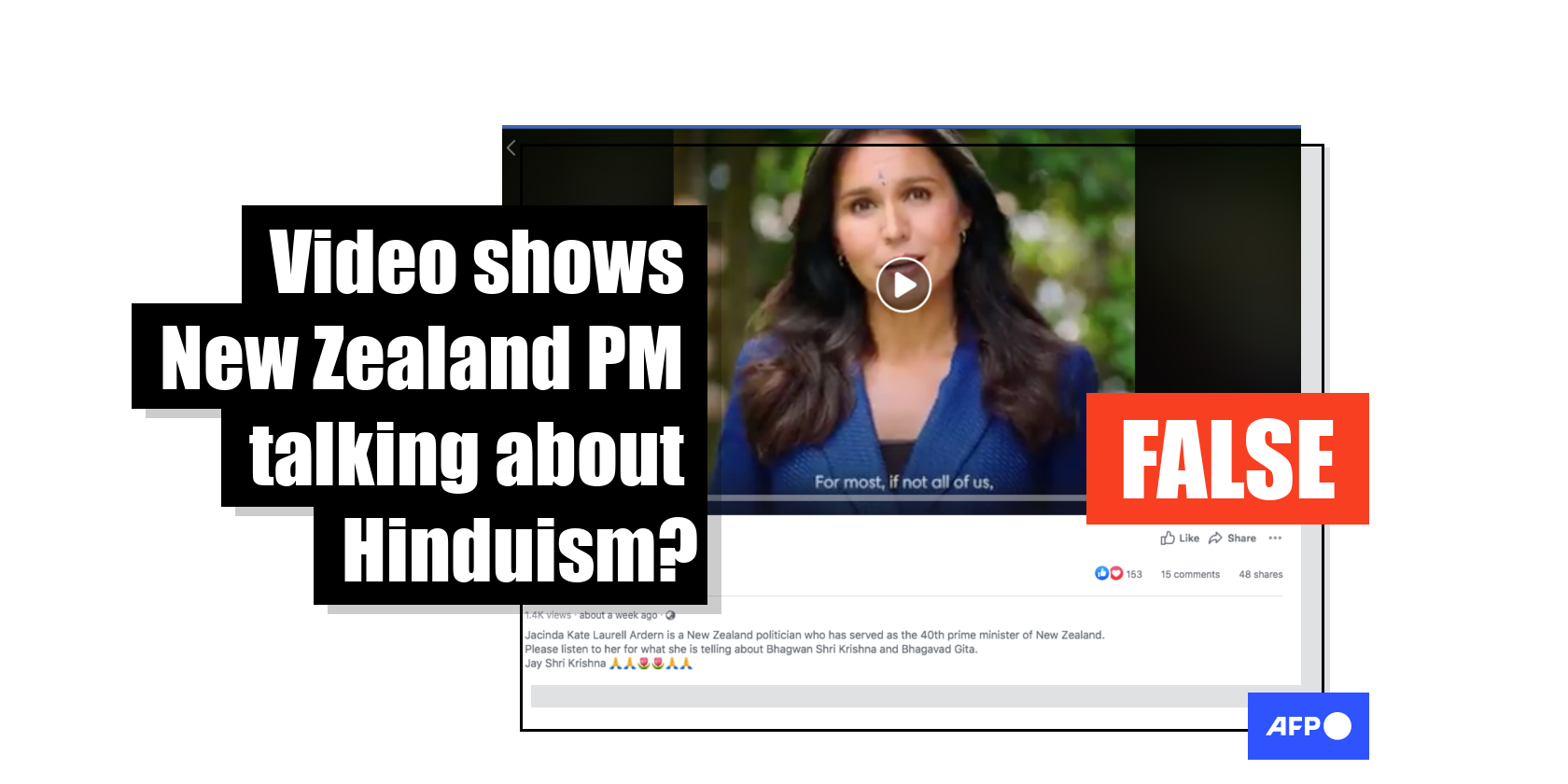 A video has been viewed thousands of times in multiple posts on Facebook and Twitter that claim it shows New Zealand Prime Minister Jacinda Ardern speaking about Hinduism. The claim, however, is false; the footage in fact shows US congresswoman Tulsi Gabbard speaking at a Hindu festival.

The two-minute 50-second video was published here on Facebook on August 13, 2020. 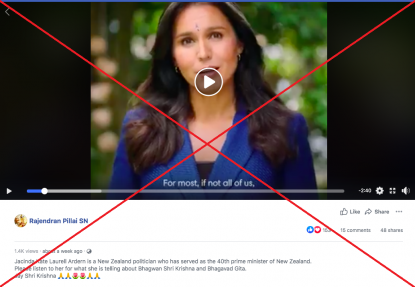 The post’s caption reads: “Jacinda Kate Laurell Ardern is a New Zealand politician who has served as the 40th prime minister of New Zealand. Please listen to her for what she is telling about Bhagwan Shri Krishna and Bhagavad Gita. Jay Shri Krishna.”

Krishna is a Hindu deity and Bhagavad Gita is one of the most important Hindu scriptures.

The woman in the video is US congresswoman Tulsi Gabbard, a representative from the US state of Hawaii. She is the first practising Hindu member of the US Congress.

Janmashtami is a Hindu festival celebrating the birth of Krishna.

Below is a screenshot comparison of the footage in the misleading post (L) and Gabbard’s YouTube video (R):

Below is a comparison of AFP photos of New Zealand Prime Minister Jacinda Ardern (L) and congresswoman Gabbard (R):