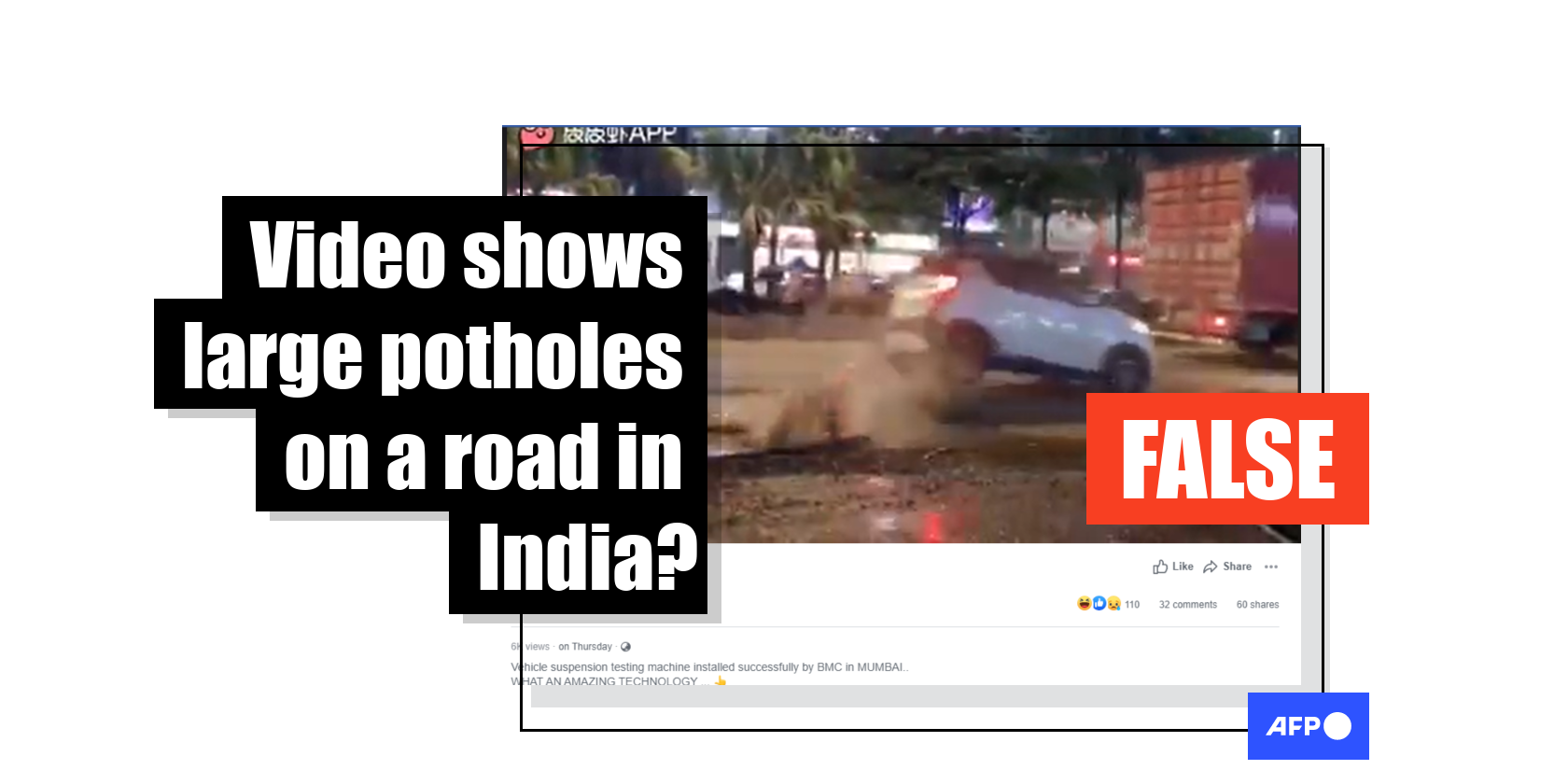 This video shows a road in China’s Guangdong province

A video that shows vehicles travelling along a road covered in large potholes has been viewed thousands of times in multiple Facebook and Twitter posts alongside a claim it was filmed in India. The claim is false; the video actually shows a road in China’s Guangdong province. 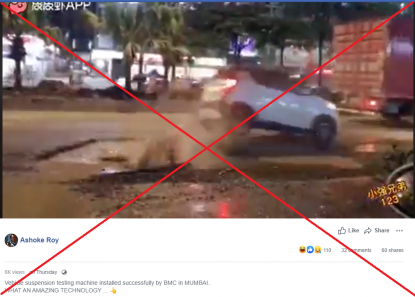 BMC refers to Mumbai's civic body, which has been criticised for potholes on the roads and poor drainage system during monsoon season.

A logo in Mandarin can be seen in the bottom right-hand corner of the video. A keyword search on Google found a longer version of the video was shared here on Chinese video-sharing website Bilibili on June 12, 2020.

Below is a screenshot comparison of the video shared in the misleading Facebook post (L) and the Bilibili video (R) with similarities highlighted in red to show the two video were shot from the similar spot:

The Bilibili video’s simplified Chinese-language caption that states it shows a road in the south-eastern Chinese province of Guangdong.

The same location can be seen here on Baidu Maps.

That location in the video is Shijing Avenue in the city of Guangzhou in Guangdong province.

Below is a screenshot comparison of the video in the misleading Facebook post (L) and the Shijing Avenue’s photo found on Baidu Maps (R) with similarities highlighted in green: