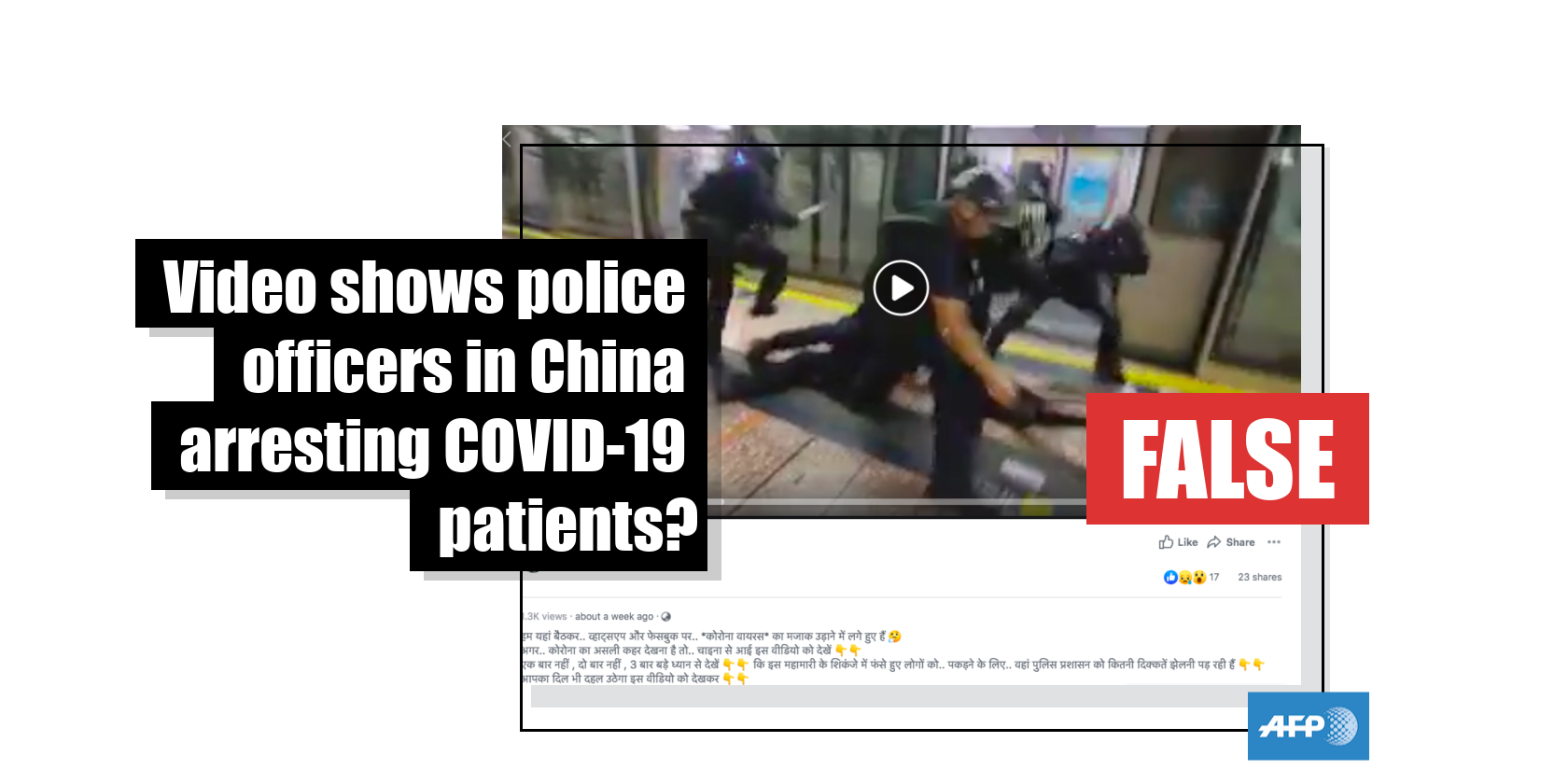 A video has been viewed thousands of times in multiple posts on Facebook, Twitter and YouTube which claim it shows Chinese police arresting people infected with the novel coronavirus, COVID-19. The claim is false; the video shows police arresting pro-democracy protesters at a subway station in Hong Kong in August 2019.

The three-minute seven-second video was published here on Facebook on March 15, 2020. It has been viewed more than 1,3000 times.

The Hindi-language caption translates to English as: “In India, people are making Coronavirus jokes on Facebook & WhatsApp but if you want to see the reality of this disease, look at this video from China. Watch it not once, not twice but thrice and carefully that Chinese people are locked in this chaos, and police are having a hard time to arrest the infected.”

COVID-19 was first detected in the Chinese city of Wuhan in December 2019. It has since killed more than 21,031 people and infected more than 465,915 others worldwide, according to data from the World Health Organization (WHO) on March 27, 2020.

The claim is false; the video shows police arresting pro-democracy protesters in Hong Kong in August 2019.

A reverse image search on keyframes extracted from the video in the misleading post found this video published on the YouTube channel of Rice Post, a Hong Kong-based news outlet, on September 1, 2019.

The Chinese-language caption translates to English as: “31/08/2019, Police rounded up demonstrators at Prince Edward Station, sprayed pepper spray into the compartment, and beat the people inside with a stick.”

Below is a screenshot comparison of the video in the misleading posts (L) and the Rice Post’s video on YouTube (R):

The video was also published here on Facebook in the early hours of September 1, 2019 by Rice Post journalist Pakkin Leung, who filmed the footage.

The incident was also reported by other local media; including in this report by the South China Morning Post and this by Hong Kong Free Press, both published on September 1, 2019.