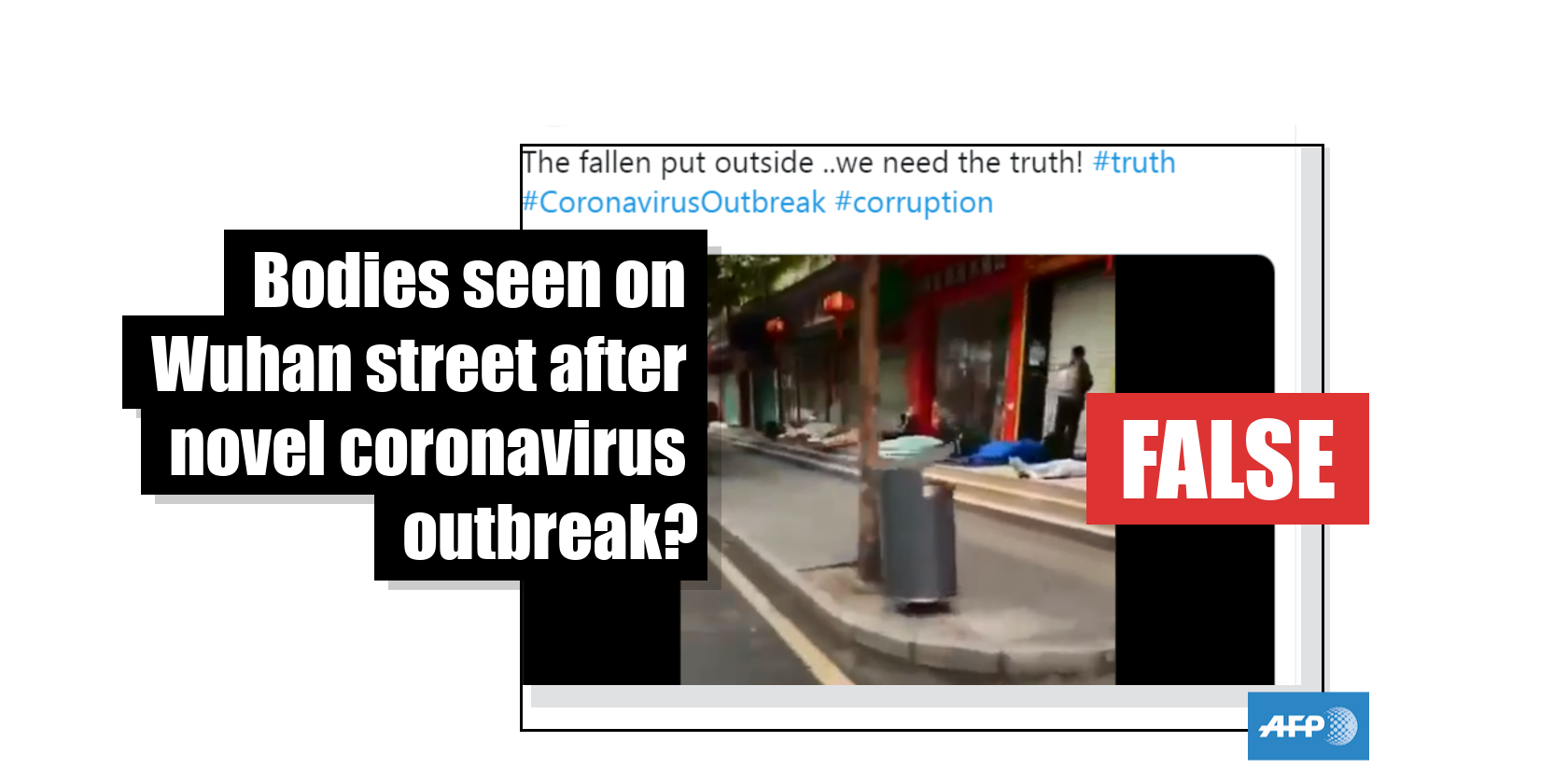 A video has been viewed hundreds of thousands of times in multiple posts on Twitter and Facebook which claim it shows dead bodies on the streets in the Chinese city of Wuhan after the novel coronavirus outbreak. The claim is false; the video shows people sleeping rough hundreds of miles away in Shenzhen, a southern Chinese city that has implemented an entry-and-exit permit system during the novel coronavirus outbreak.

The caption states: "The fallen put outside ..we need the truth! #truth #CoronavirusOutbreak #corruption."

The 33-second video, which appears to have been taken by a motorcyclist, shows a row of people lying on a street. 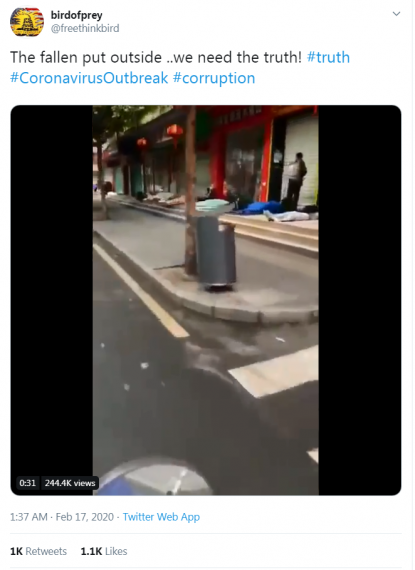 The novel coronavirus has killed at least 2,000 people and infected more than 74,000 others in China after it emerged in the central Chinese city of Wuhan in late 2019, as reported here by AFP on February 19.

The claim is false; the video shows people sleeping rough in Shenzhen, a Chinese city more than 700 miles south of Wuhan.

A store seen at the nine-second mark of the video can be seen in this Baidu Maps imagery of Hualong Road, Shenzhen.

Below is a Baidu Maps screenshot of the filming location:

A video shot on the same street was uploaded earlier on Twitter on February 13 here and here. The captions in both posts state the clip shows people sleeping on the street in Shenzhen.

This footage, which offers close-up shots of the people on the street taken from a slightly different angle, shows a person propping up their head with a pillow at the 15-second mark.

Below is a screenshot comparison between the video in the misleading posts (L) and the close-up video (R) with corresponding features circled in red by AFP: 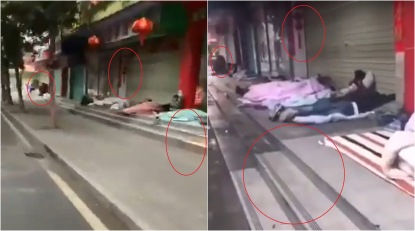 The Shenzhen government announced on February 9, 2020, that people would require permits to enter and exit residential areas in the city, as part of a government effort to halt the coronavirus spread, according to this February 15 report by Guangdong newspaper Nanfang Daily.

This February 17 video taken in Shenzhen shows quiet streets under the new policy, as well as a similar scene at the 41-second mark, where duvets can be seen on a park bench.

Below is a screenshot of the duvets in the video: