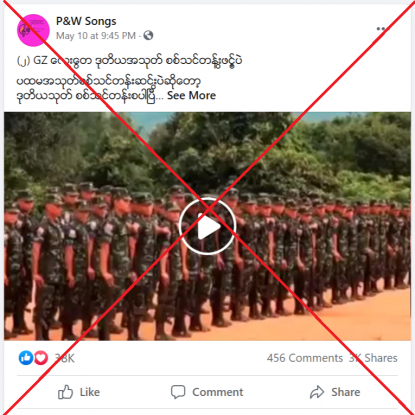 The screenshot of the misleading post, taken on May 12, 2021

More than 770 civilians have been killed in the junta’s crackdown on protests, AFP reported here on May 10, 2021.

The video was also published here on Facebook alongside a similar claim.

A keyword search on Google found a longer version of the video shared here on YouTube on May 28, 2020.

The video was uploaded to a channel associated with the Karen National Union (KNU), one of the largest armed ethnic groups in Myanmar. The KNLA is the armed wing of the KNU.

Below are screenshot comparisons of the video in the misleading posts (L) and the KNU Channel’s video (R): 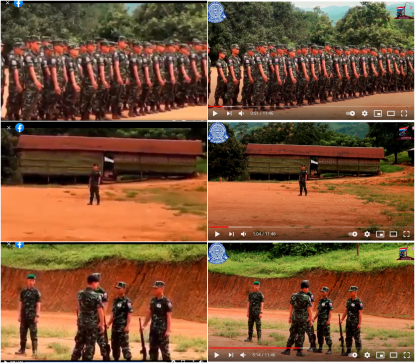 In the clip, KNLA troops are shown standing on a training ground. The group’s leader can be heard talking about the training exercise.

In the video shared in the misleading posts, parts of the officers’ conversations with the soldiers were removed.

Padoh Saw Taw Nee, head of the KNU’s foreign affairs department, told AFP that the original video was officially published by the KNU.

“This is military officer training in 2017 posted by "Thoolei News" Department of Information, KNU”, he said.