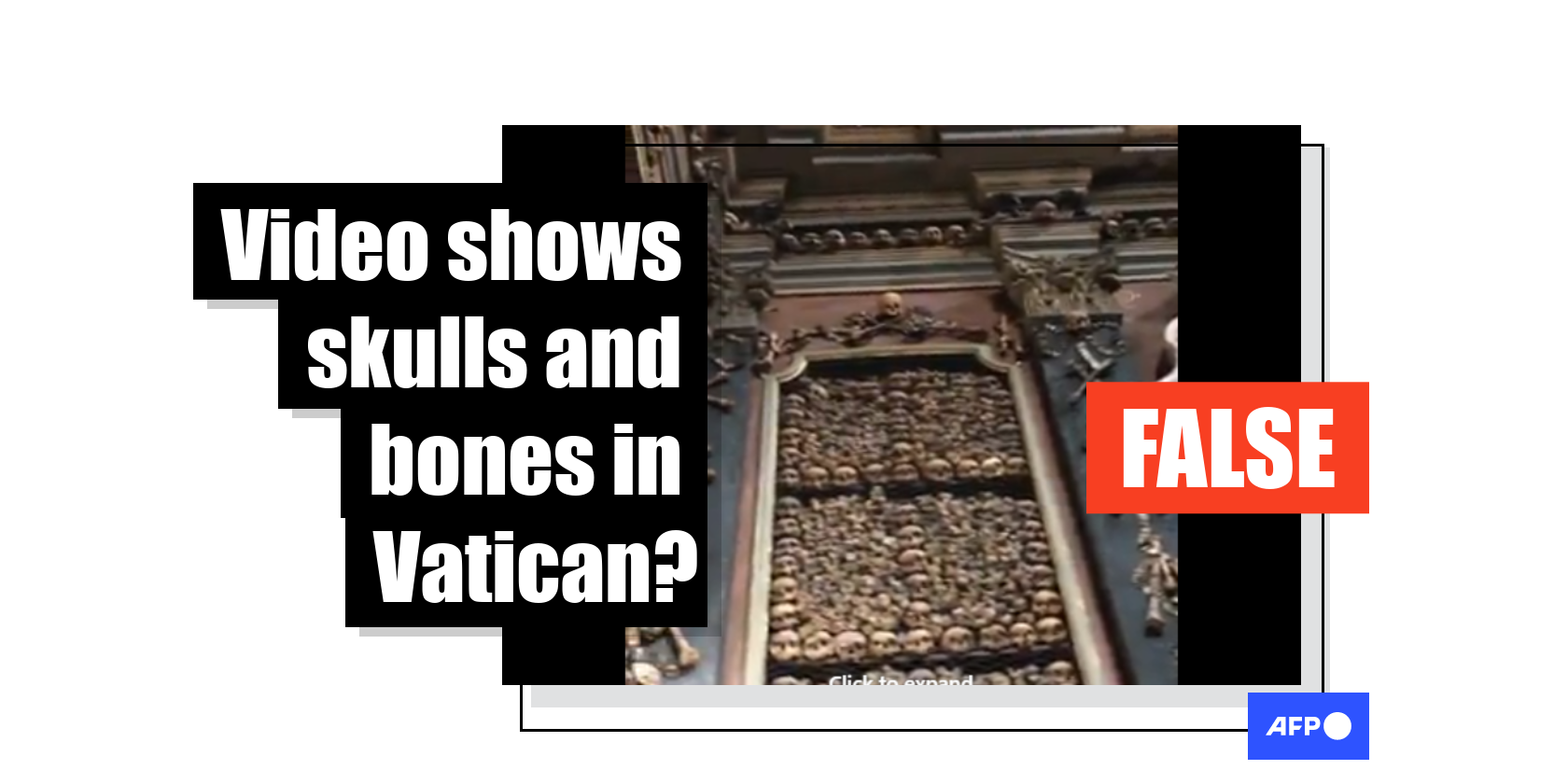 A video showing human skulls and bones stored in a church has been shared hundreds of times on Facebook, alongside the claim that it depicts “human skulls in the Vatican”. This is misleading; while ossuaries exist in Vatican City, the footage shows an ossuary in a church in Milan, Italy – hundreds of kilometres away.

“Video evidence of THE SKULLS AND BONES OF DEAD HUMANS IN THE VATICAN. CATHOLICS, I NEED AN EXPLANATION! THIS CULT MUST LEAVE OUR LANDS!,” reads the caption in the post, shared more than 350 times and archived here. 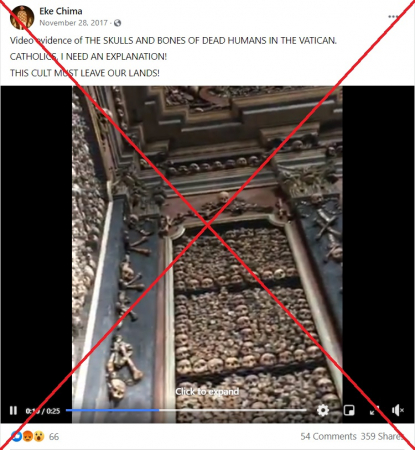 A screenshot taken on March 24, 2021, showing the false post

Published in 2017, the post has recently been shared again in Nigeria.

The claim about the location of the skeletal remains, however, is false.

Many comments below the post believed the claim that the video was taken inside Vatican City, spiritual home of the Catholic church. Some said the video shows the remains of Israelites and saints of the Christian faith.

However, one commenter disputed the claim and shared a link to a Wikipedia article to show the video was taken elsewhere. “This is an ossuary built in Milan, Italy. It was meant to store the remains in the 1200s when the nearby cemetery filled up,” wrote user Christina Baker in February 2021.

Using Google Maps, AFP Fact Check matched the video in the post to images and videos of the Church of San Bernardino alle Ossa in Milan, northern Italy. 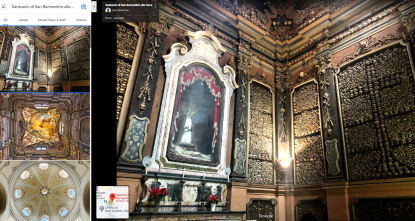 A screenshot taken on March 24, 2021, showing images of the church and ossuary in Milan on Google Maps

According to the church's website, a building was erected at the bottom of a local graveyard in the early 13th century to house the remains exhumed from the cemetery itself, which had run out of space after decades of use.

In 1268, the church was built adjacent to the cemetery. Hundreds of years later, a tower collapsed, destroying the church and the storage facility for the bones. Both were rebuilt and continue to serve as both a Catholic church and an ossuary.

Ossuaries, which are places where skeletal remains are kept, exist throughout Italy and Europe, as well as many other countries around the world. Some of them have become tourist attractions, like the ossuary in the Catacombs of Paris.

In Vatican City, two underground ossuaries were unearthed in 2019 during a search for a missing girl who disappeared decades ago. The leader of the forensic team concluded that "no bone structure dating back to a period later than the end of the 19th century" was found in the ossuaries. These bones were found under the floor of the Pontifical Teutonic College, which flanks a graveyard.

The anti-Catholic sentiment expressed in the post is not common on social media in Nigeria. About half of the country’s population of more than 200 million are Christians, and Catholics number about 20 million, according to a 2010 Pew Centre estimate.