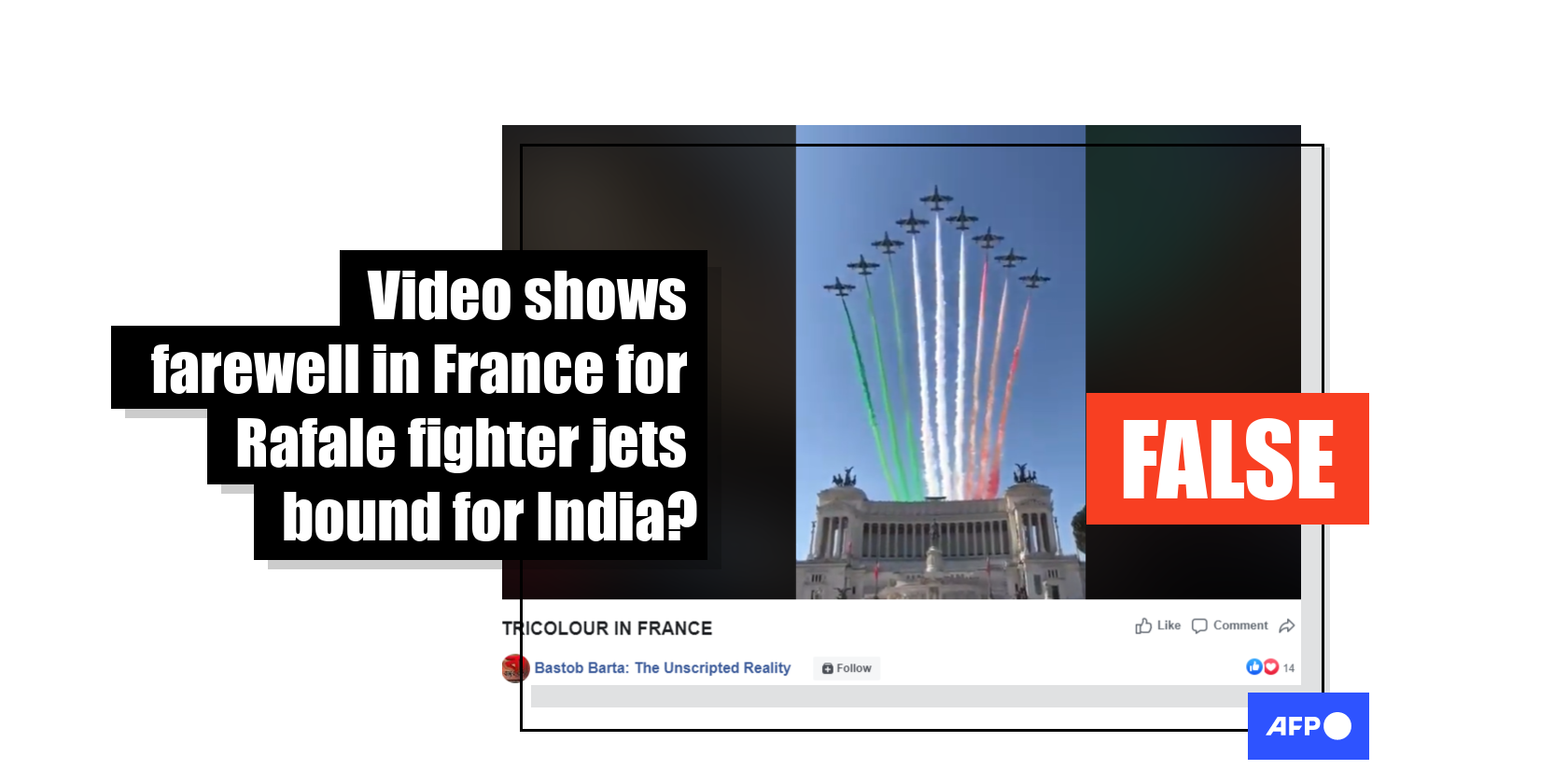 A video has been viewed thousands of times in multiple Facebook and Twitter posts alongside a claim it shows a farewell performance in France for Dassault Rafale fighter jets that were sent to the Indian Air Force in July 2020. The claim is false; the video shows a performance by the Italian Air Force to mark Republic Day in the Italian capital of Rome. 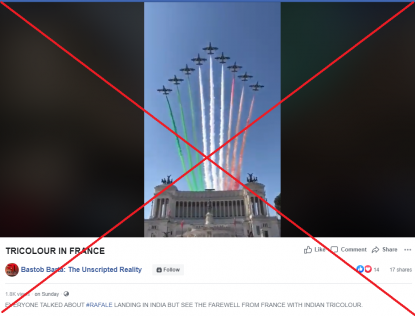 The post’s caption reads: “Everyone talked about #Rafale landing in India but see the farewell from France with Indian tricolour.”

The post circulated days after several French-made Dassault Rafale fighter jets arrived in India as part of a major contract with the Indian Air Force (IAF). The IAF published photos of their arrival here.

A reverse image search of keyframes extracted from the video found it shows the Altare della Patria, an Italian national monument in Rome.

The tricolour smoke trail -- which creates the green, white and red Italian flag -- over the Altare della Patria is an annual performance by the Italian Air Force during the country's Republic Day on June 2.

Below is a screenshot comparison of the video in the misleading posts (L) and the Italian Air Force footage of the 2019 tricolour flyover (R): 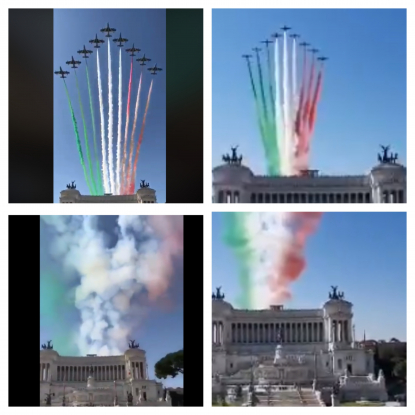