A video has been viewed tens of thousands of times in Twitter, Facebook, YouTube, Reddit, Tiktok and Weibo posts that claim it shows actual drones playing volleyball. The claim is false: the video in fact shows a digital animation project created by a visual effects artist.

The video was shared here on Chinese microblogging platform Weibo on March 3, 2021, where it has been viewed more than 19,000 times.

It purports to show two drones hitting a ball back-and-forth. 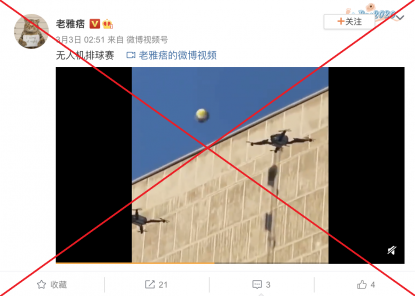 A screenshot taken on April 6, 2021 of the misleading Weibo post.

A reverse image search on Google found the video shows a digital animation.

Iran-based visual effects artist Hamid Ebrahimnia shared the original video on Instagram on February 26, 2021. He states in the post's caption: “I did all animations in Cinema 4D, tracked in Mocha and composited in [Adobe] After Effects.”

Ebrahimnia’s video has been mirrored in the misleading posts.

Below are a set of screenshot comparisons of the video in the misleading posts (L) and the video posted by Ebrahimnia (R): 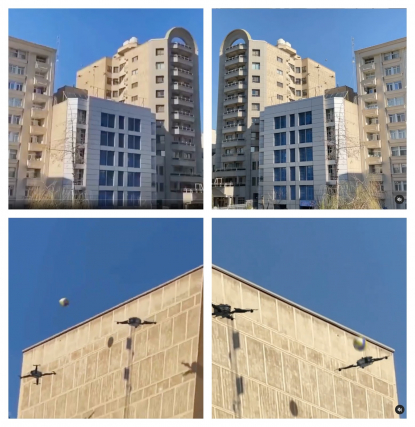 A screenshot comparison of the video in the misleading post and the video posted by Ebrahimnia.

In an email on April 6, 2021, he said: “That video is not real. I made it with VFX as I did a lot of visual effects artworks. The video is a visual motion artwork and has messages inside it: spreading the message of COVID-19 and staying home.”

He shared a video that shows how the animation was created using raw footage and computer-generated effects.

Below are screenshots of select frames taken from this video: 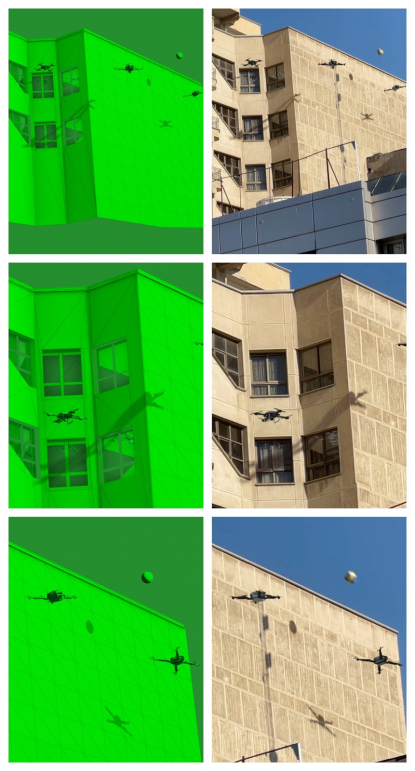 A screenshot comparison of the selected frames taken from the video.

The misleading post was also debunked by US fact-checking organisation site Snopes.