A video has been viewed tens of thousands of times in multiple Facebook posts which claim it shows an Indian Hindu monk's speech at a religious conference in the US in September 1893. The claim is false; the video shows an actor impersonating the monk in a Hindi film which was released in 2011, more than 100 years after the monk gave the original speech. 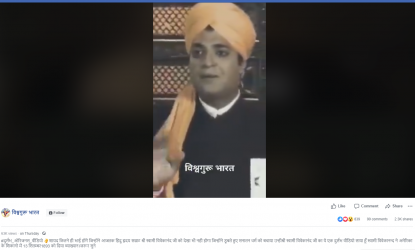 The video’s Hindi-language caption translates to English as: "Rare and original video. Many brothers have not seen the king of Hindu hearts Swami Vivekanandji, who saved the sinking Sanatana religion. I have brought this rare video of the very Swami Vivekananda. Please listen to his speech delivered on September 13, 1893 in Chicago, USA."

Swami Vivekananda refers to Hindu spiritual leader, who was born in eastern Indian state of Bengal on January 12, 1863. Sanatana Dharma refers to a sect within Hinduism, according to the Britannica Encyclopedia.

The claim is false; the video shows an actor impersonating Vivekananda in a Hindi film which was released in 2011.

A search on Google’s video section by keywords ‘Swami Vivekananda’ found this two-hour and seven-minute film published on YouTube on September 28, 2018.

The video clip posted in the misleading Facebook post can be seen from the 13 minute 34-second mark in this video.

Hindi-language text seen at the beginning of the video translates to English as: “Swami Vivekananda, his life’s story in his own words. A film based on a book.”

Below is a screenshot of the Hindi text: 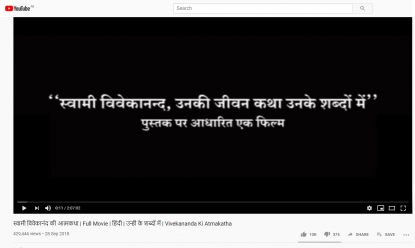 Actor Balaji Manohar played Vivekananda in the film, according to the YouTube video’s caption. Manohar also included the film in a list of his past projects on his LinkedIn page here. 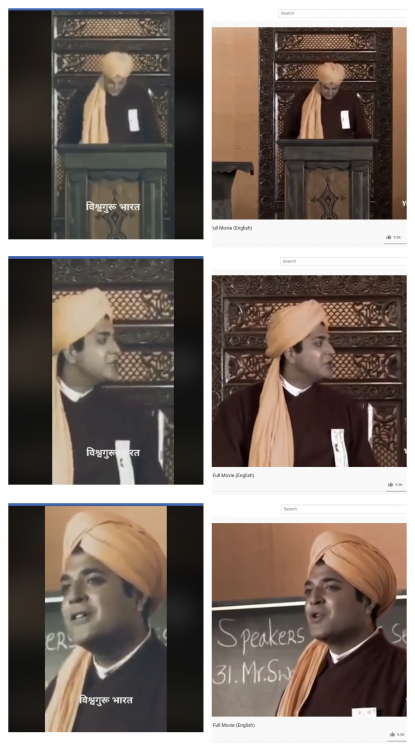 A document issued by India’s film certification board states that the film was released in 2011.

Below is a screenshot of the film listed on the board’s website: 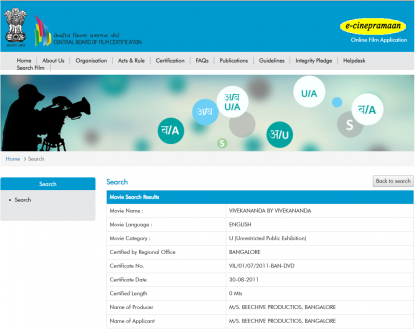 Vivekananda attended the World’s Parliaments of Religions in Chicago in 1893. A photo of him at the event was published here on the Parliament of the World’s Religions website.

The website’s report states in part: “A captivating Hindu monk, Swami Vivekananda, addressed 5,000 assembled delegates, greeting them with the words, “Sisters and brothers of America!” His declaration introduced Hinduism to America.”

Below is a screenshot of his photo: 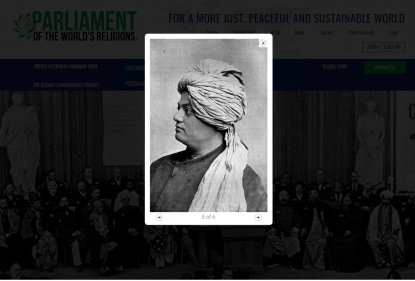 The world’s earliest colour film was shot by Edward Turner in London in 1902, almost ten years after Vivekananda’s speech, according to this report published by UK newspaper the Daily Telegraph.

These photos do not show meningococcal disease cases in the Philippines; health officials said the disease is 'sporadic' and not spreading