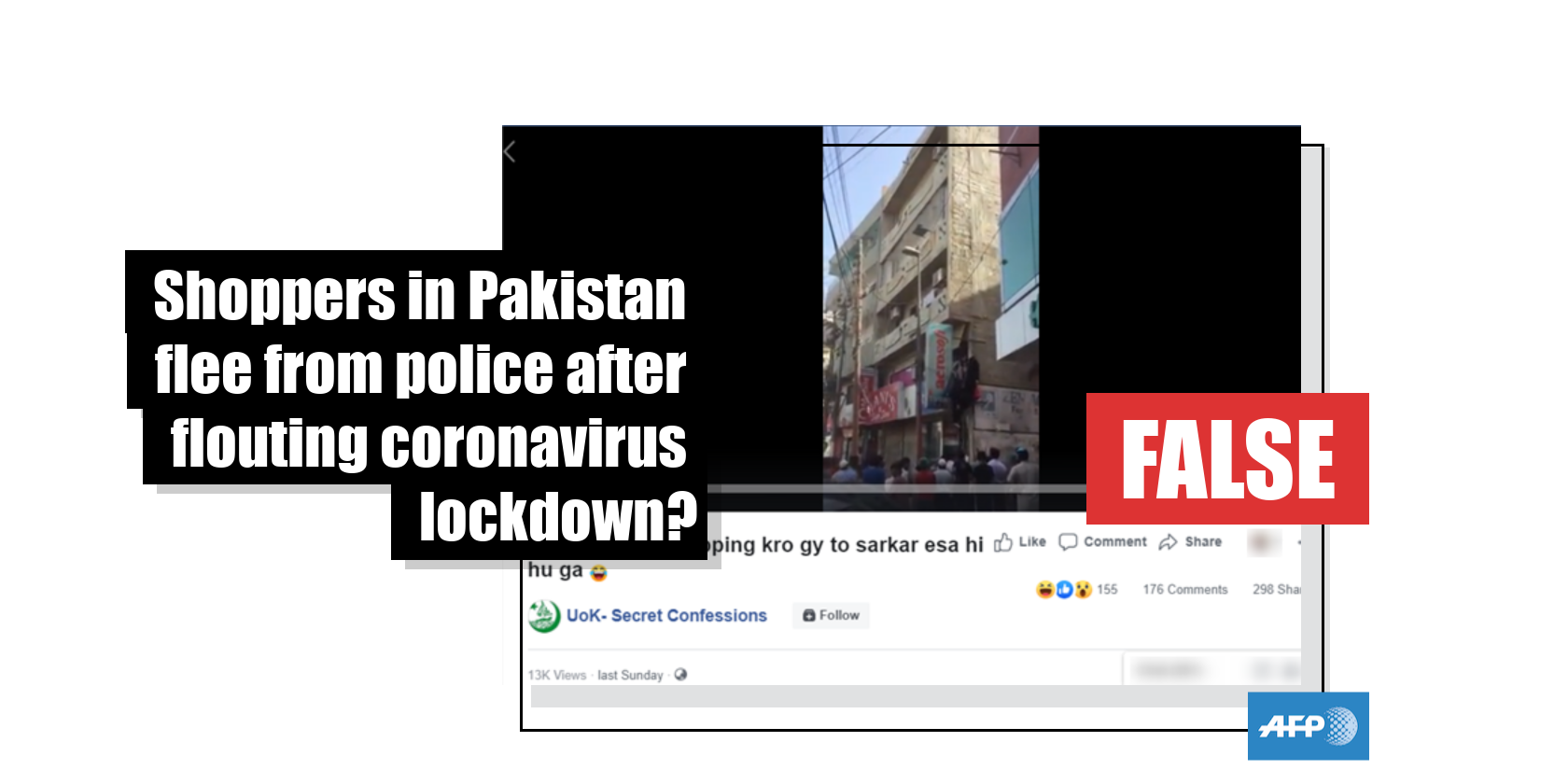 A video of people climbing down a building has been viewed tens of thousands of times in multiple posts on Facebook, Twitter, YouTube and WhatsApp alongside a claim it shows shoppers attempting to flee a shop after police discovered it had flouted Pakistan’s coronavirus lockdown. The claim is false; the footage has circulated online since at least 2015 in reports about a police raid on a brothel in Pakistan.

The three-minute two-second video has been viewed more than 13,000 times after it was published on Facebook here on May 4, 2020.

The post’s Urdu-language caption translates to English as: “#Admin. This is Tariq Road, Karachi where women were shopping. Police sealed the shop for violating the lockdown.These women had hid themselves in the storage of the shop. After the police left, they came out from the balcony. My dear mothers and sisters, sale was going on downstairs why did you go upstairs.”

The video’s title in romanized Urdu reads: “This will happen, if you do shopping during the lockdown.” 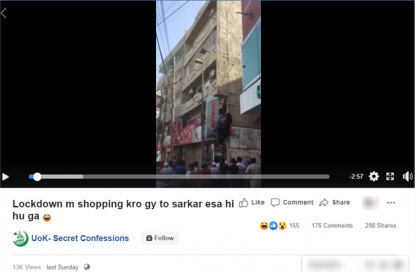 Various lockdown measures have been implemented in Pakistan since March 2020 in a bid to curb the spread of COVID-19. The government eased its nationwide lockdown on May 9, 2020, allowing businesses to reopen in phases in an effort to alleviate the economic burden on daily wage earners and labourers, AFP reported.

The footage has circulated online in reports about a police raid on a brothel in the Pakistani city of Karachi in 2015.

It was published here by ARY News, a Pakistani television network, on June 13, 2015. The video was uploaded to the network’s official account on Dailymotion, a video sharing platform. The video is captioned: “Watch exclusive video of sex workers fleeing after [Federal Investigation Agency] raid at a brothel in Karachi.”

Below is a screenshot comparison of the misleading Facebook post (L) and the ARY video (R) with publishing dates circled in red:

The misleading posts’ claim that the incident occurred on Tariq Road in Karachi is also false.

Neighbouring restaurants and shop signs show that the footage was in fact filmed in Karachi’s Khadda Market, as seen on Google Maps here. The area is about eight kilometers from Tariq Road by foot, according to Google Maps.

Below is a screenshot comparison of the Google Street View of Khadda Market (top) and the video in the misleading Facebook post (bottom) with corresponding signs circled: 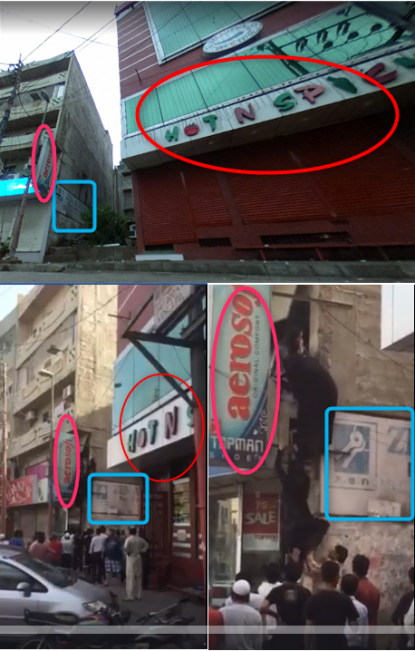 “It is an old video, no such incident happened during the current lockdown and the venue is not Tariq Road, but Khadda Market,” Khattak told AFP on phone on May 8, 2020.

The video was also published in June 2015 alongside descriptions about a raid on a brothel on YouTube here, on Dailymotion here and on Facebook here.