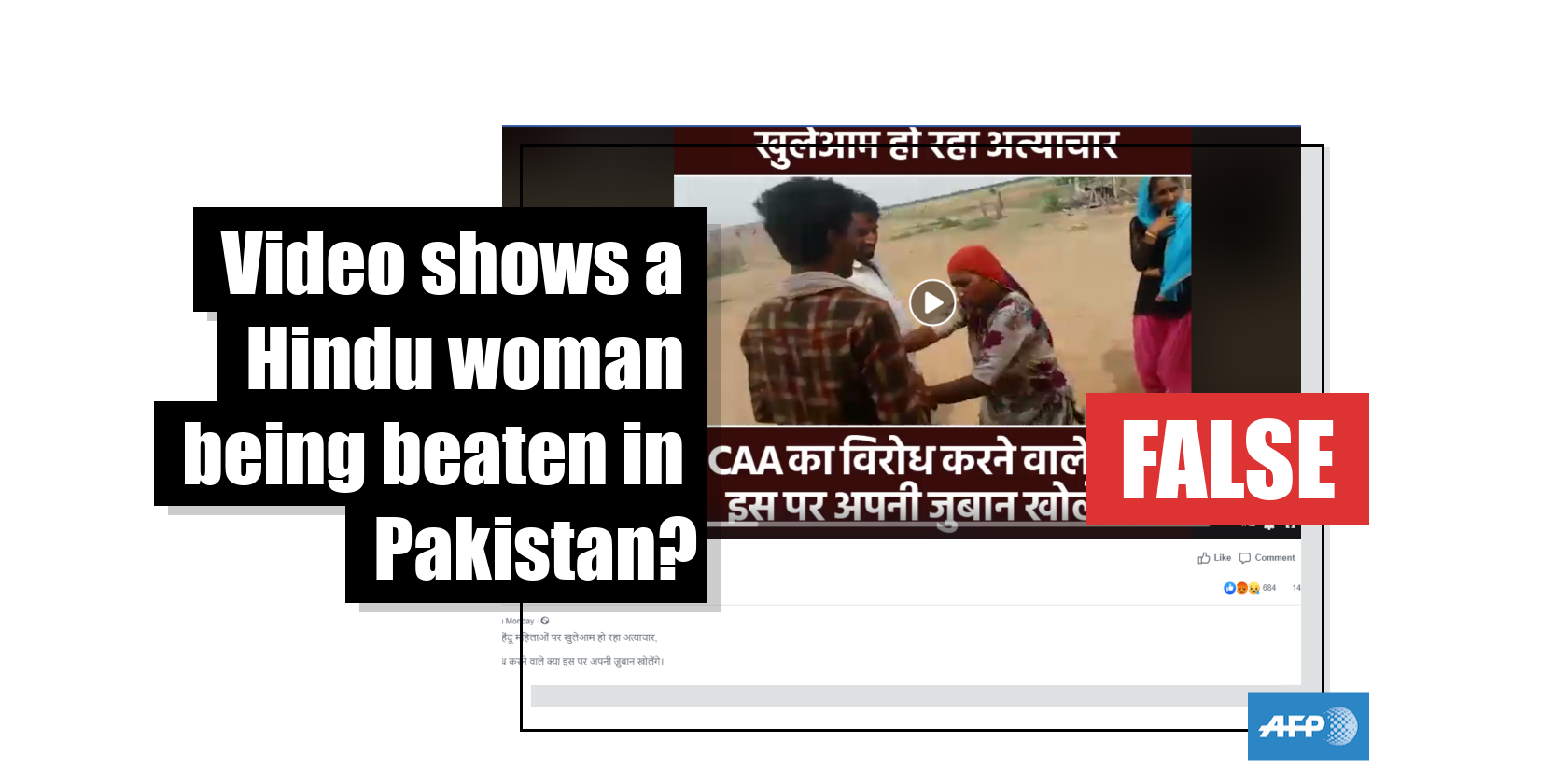 A video has been viewed hundreds of thousands of times in multiple Facebook posts in January 2020 that claim it shows two men in Pakistan beating a Hindu woman as they attempt to kidnap a young girl. The claim is false; the video has circulated in media reports about an alleged child abduction in the Indian state of Rajasthan in 2017.

The video was published here on Facebook on January 14, 2020.

The post’s Hindi-language caption, identical to the text embedded in the video, translates into English as: “Hindu women are being openly victimised in Pakistan. Will the people, who are opposing CAA ,say something on this?”

CAA refers to India’s Citizenship Amendment Act, a law passed on December 11, 2019, which grants citizenship to non-Muslim immigrants from Afghanistan, Bangladesh, and Pakistan. Critics have labeled the law “anti-Muslim”, sparking violent protests nationwide, as reported by AFP here on January 7, 2020. 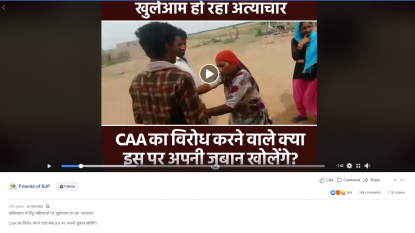 The claim is false; the video has circulated in media reports about an alleged child abduction in the west Indian state of Rajasthan in 2017.

A reverse image search on Google using keyframes from the video found this video published on the YouTube channel of Indian Hindi-language newspaper Rajasthan Patrika on September 24, 2017.

The video title reads: “JODHPUR: woman beaten up brutally while her daughter abducted in Jodhpur.”

Jodhpur is a city located in the Indian city of Rajasthan.

Below is a screenshot comparison of keyframes from the video in the misleading post (L) and the video on Rajasthan Patrika’s YouTube channel (R): 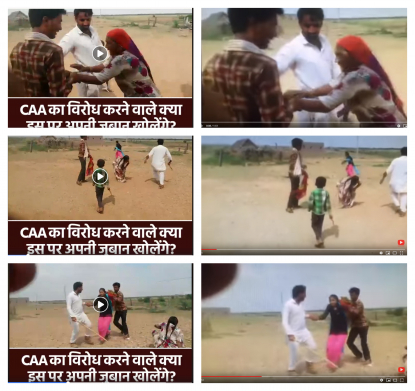 The report translates to English in part as: “In Kalu Khan's Dhani of Bap police station area in Jodhpur, two youths entered a residential house and assaulted a married woman and kidnapped her minor daughter. Bhanwarlal Vishnoi, senior police officer the region said that a woman has filed a complaint report which mentions an incident from September 12, 2017, when she was working at her house, Ilyas and Shaukat, local residents entered her house and assaulted her and forcibly took her minor daughter in a tractor.”

Below is a screenshot of the Patrika report: 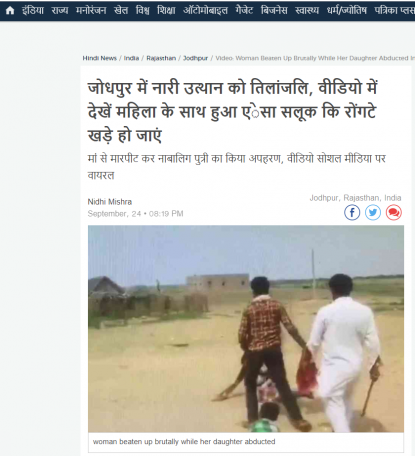 The same incident was also reported by other local media here and here.