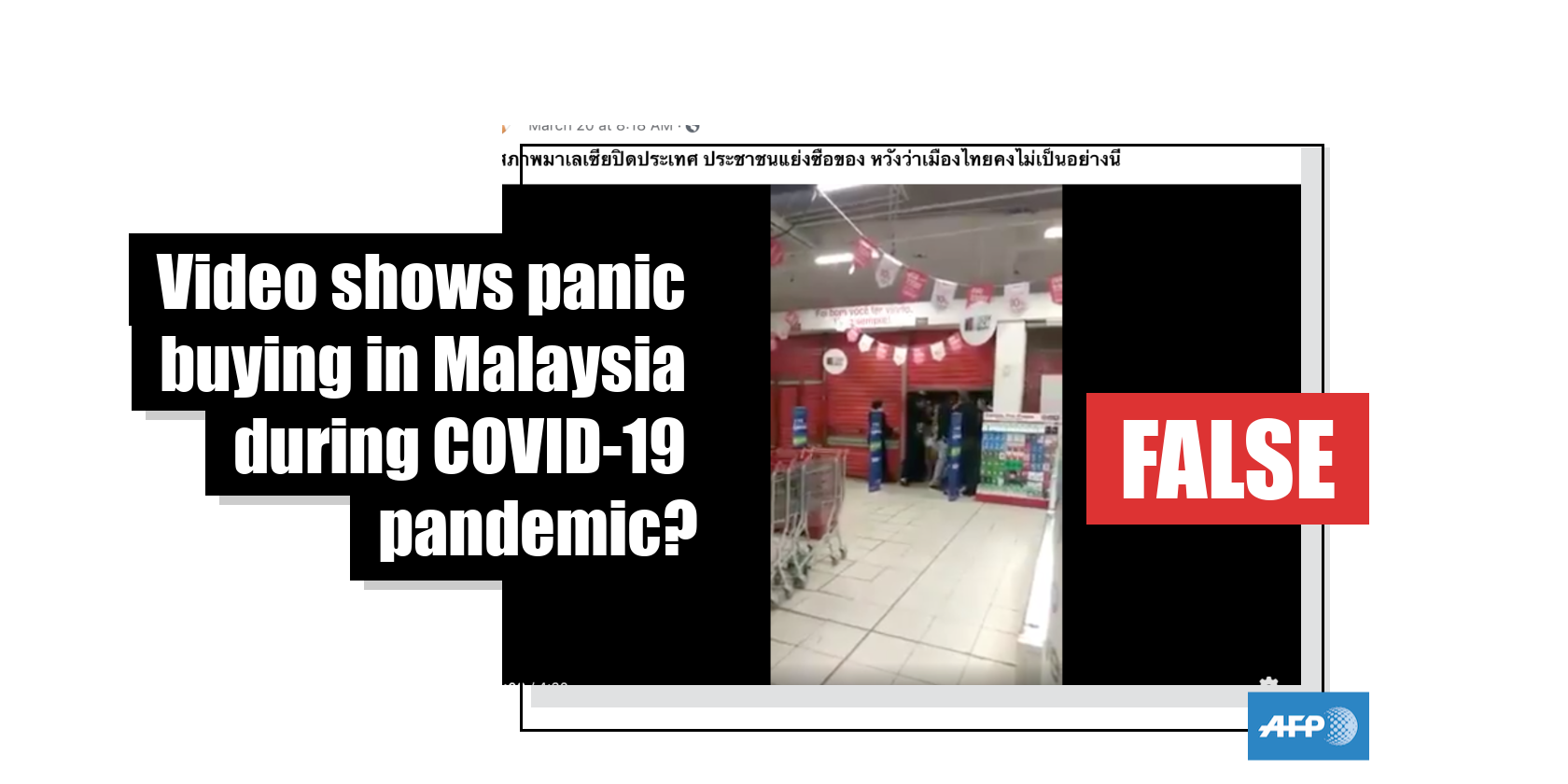 A video of people storming into a store has been viewed hundreds of thousands of times on Facebook alongside a claim the video shows people panic buying in Malaysia during the country’s novel coronavirus lockdown. The claim is false; this video has circulated online in reports about shoppers on Black Friday, an annual day of sales, at a store in Brazil in November 2019, weeks before the novel coronavirus was first detected in China. 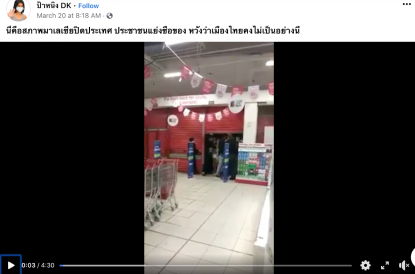 The post's Thai-language caption translates to English as: “This is how the Lockdown in Malaysia looks like, many people try to go shopping, hope Thailand won't be like this.”

Malaysia has enacted restriction measures aimed at curbing the spread of the novel coronavirus. COVID-19 has killed at least 77 people and infected 4,817 others in Malaysia, according to World Health Organization figures published on April 15, 2020.

The same video was shared alongside a similar claim on Facebook here, here, here and on various websites here and here.

The Portuguese-language title translates to English as: “Black Friday Confusion In Lojas Americanas”. 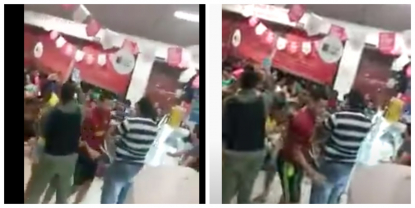 Other footage from the same incident was also published on November 29, 2019, on YouTube here and in this report by Costa Norte, a Brazilian media network.

Costa Norte reported that a “desperate crowd destroyed a Lojas Americanas unit in the early hours of Friday, the 29th, in a shopping center” in the northeastern Brazilian city of Recife after the company opened the store early to celebrate Black Friday.

Below is a screenshot comparison of the video in the misleading Facebook post (L) and the other footage, which is filmed from a different angle, from the Costa Norte report (R): 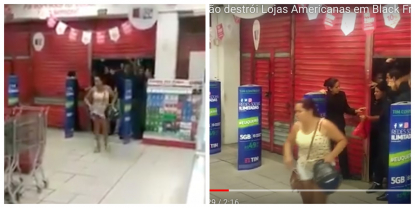 Screenshot comparison of the video in the misleading Facebook post (L) and the other footage, which is filmed from a different angle, from the Costa Norte report (R)

Leiaja, a Recife-based news website, reported here that the incident took place at the Lojas Americana store on Sete de Setembro Street. The report includes photos showing the aftermath of the chaotic scene that match images of the store seen on Google Maps here.