A video has been shared repeatedly in multiple Facebook and Twitter posts in December 2019 alongside a claim it shows police in India detaining a Muslim man who disguised himself as a Sikh in order to protest against the country's new citizenship law. The claim is false; the video has circulated online since at least March 2011 in reports about police removing a Sikh man's turban as they detained him at a protest in Mohali, Punjab.

The 13-second long video was published here on Facebook on December 26, 2019.

CAA refers to Citizenship Amendment Act, a new citizenship law passed by the Indian parliament on December 11, 2019. The law triggered widespread protests across the country after it granted Indian citizenship to non-Muslim nationals from Afghanistan, Bangladesh and Pakistan. Here is an AFP report about the protests. 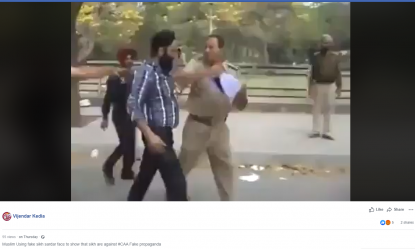 The claim is false; the video has circulated online since at least March 2011 in reports about police apprehending a Sikh man during a protest by rural veterinary pharmacists in Mohali, Punjab.

A keyword search on Google found the incident was reported here by SikhNet, a global Sikh community news platform, on March 31, 2011. 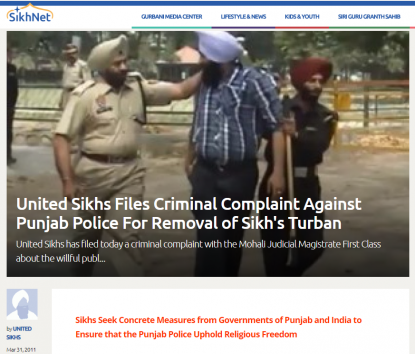 A subsequent search found a longer version of the video published here on YouTube on March 31, 2011. The video, which also includes a musical soundtrack, has been embedded below.

Below are two comparison screenshots of the video in the misleading posts (L) and the YouTube video (R): 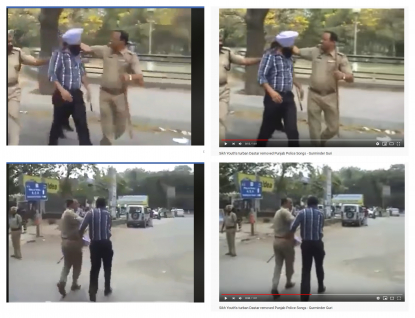 Mohali police told AFP two officers who detained the Sikh man in the video were suspended over the incident.