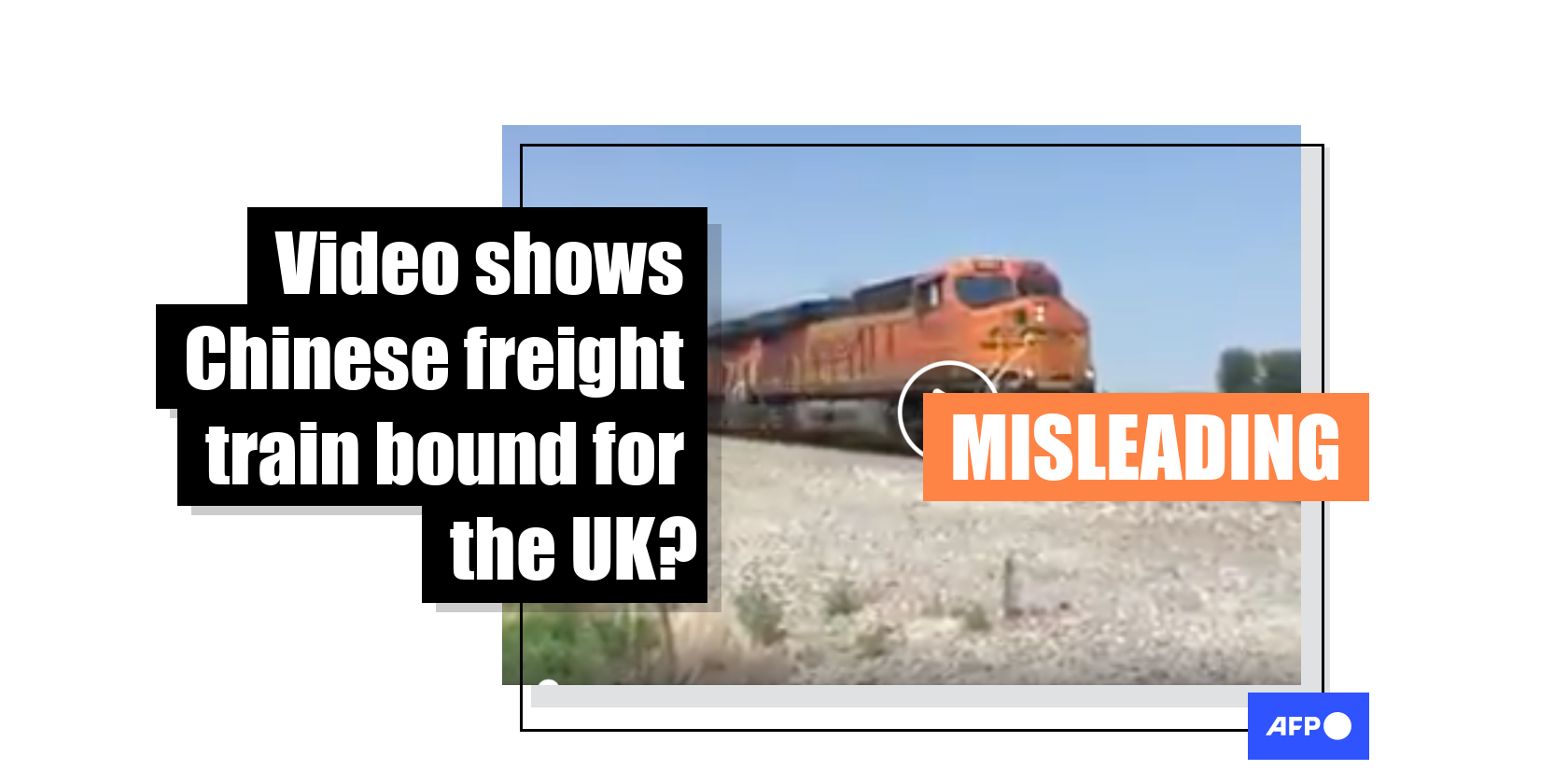 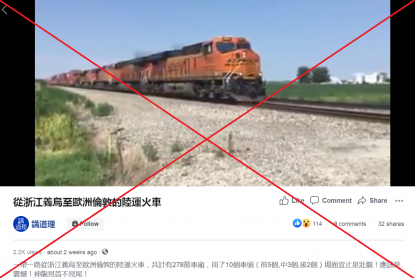 The video’s traditional Chinese title translates to English as: “Train from Yiwu, Zhejiang to London, Europe”.

The post's caption translates as: “The Belt and Road train from Yiwu, Zhejiang to London, Europe, with a total of 278 carriages and 10 locomotives (five at the front, three in the middle and two on the end). It’s more than spectacular! It is astonishing!”

Yiwu is a city in China’s Zhejiang province.

China's Belt and Road Initiative is a global project that aims to reinvent the ancient Silk Road land routes to connect Asia with Europe and Africa. The initiative includes massive investments in maritime, road and rail projects -- with hundreds of billions of dollars in financing from Chinese banks, as noted in this AFP report.

Closer examination of the video revealed the letters "BNSF" at its 21-second mark.

Below is a screenshot of the video with the letters circled in red:

A further keyword search found that the logo matches that of a major US freight train operator, BNSF Railway.

The train seen the misleading video matches the photos of those seen on the BNSF’s website, as seen below:

In an email to AFP on September 8, 2020, a spokesperson for the company said: “BNSF Railway operates in 28 US states and three Canadian provinces. We do not have routes outside of North America nor do we run trains outside of our system.”

A map of BNSF’s train routes, published here on its website in September 2020, also shows it only operates in the US and parts of Canada: 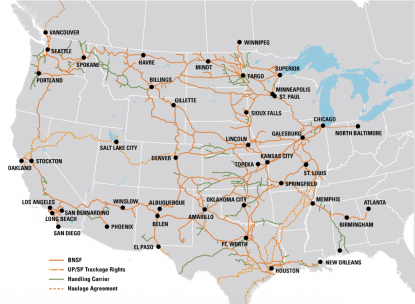 Screenshot of the map of BNSF's train routes on BNSF's website