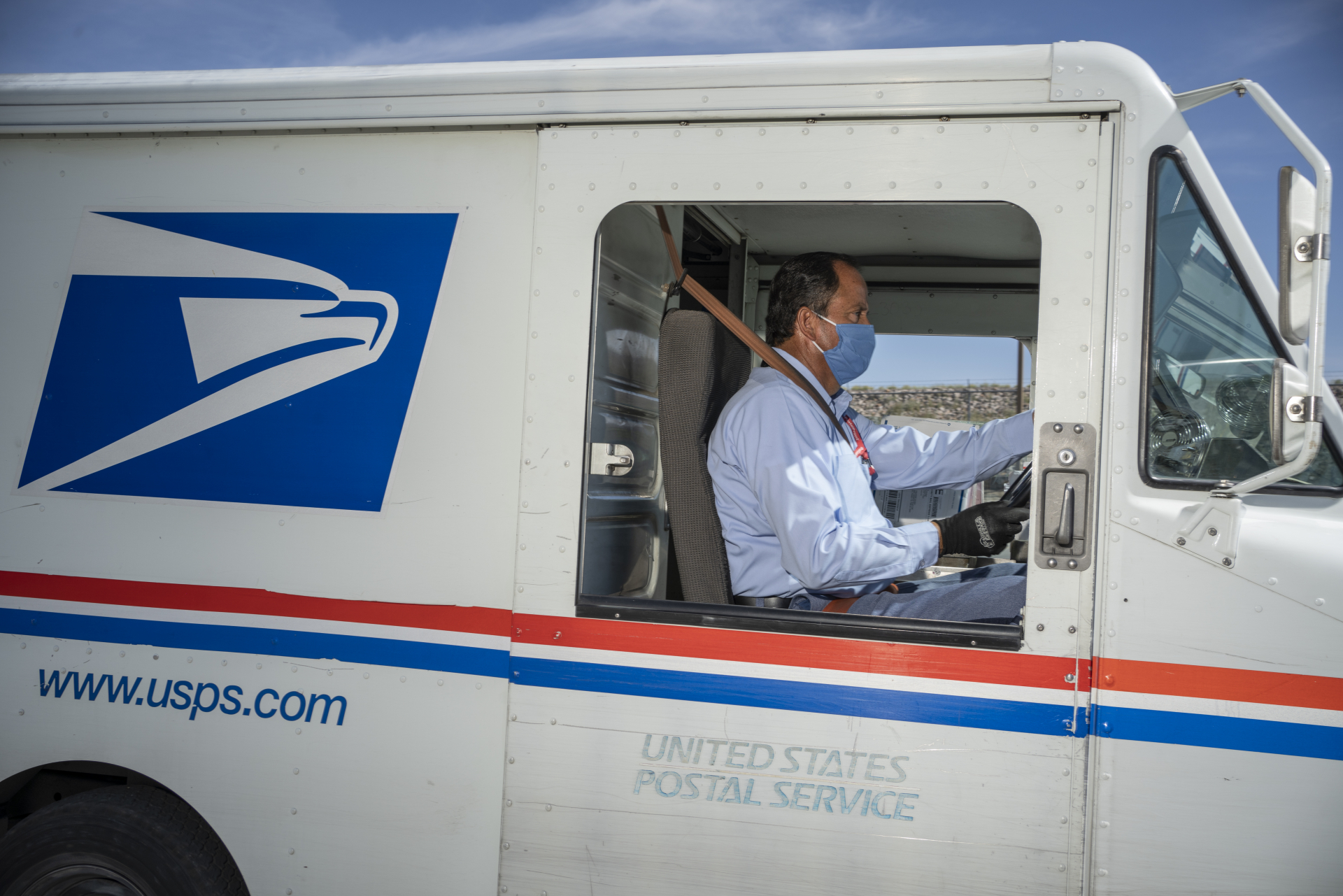 An image retweeted more than 100,000 times appears to show an advertisement from the American Postal Workers Union (APWU) saying that fascism will not stop the mail and calling on people to “save” the post office ahead of the presidential election, when mail-in voting will be key. The claim is false; an APWU spokesman said the image is not from the union, and a San Francisco-based graphic designer said she created it.

The August 13, 2020 tweet shows a list of items crossed off in red: SNOW RAIN HEAT NIGHT FASCISM," then says, "Nothing stops the mail.” It includes a United States Postal Service logo and a URL leading to the legitimate APWU website.

The user who posted the image included the caption: “Absolutely baller content from the postal workers union.” 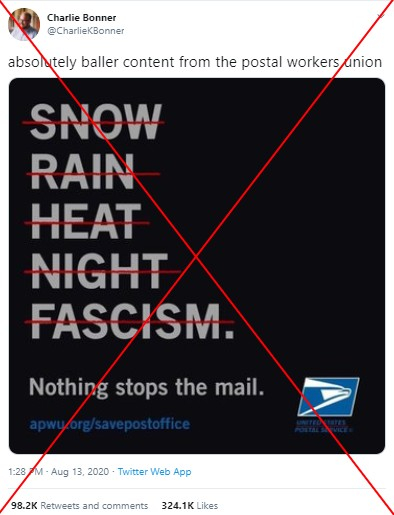 Asked if the flyer was real, a spokesman for the postal union confirmed to AFP by email:  “The answer is: NOPE. While we might agree with the message, our lawyers would have killed us if we stole the USPS logo.”

And San-Francisco-based graphic designer and small business owner Robin Winters told AFP via Twitter that she created the image on August 10, 2020, saying it was intended as a political cartoon.

“I made that meme!” she said, adding: “My company wouldn't exist without USPS.”

While it may have been intended as political commentary, many users appear to have reshared it as official content from the postal workers union, including Mike Madrid, co-founder of a group run by dissident Republicans who have targeted Trump with slick TV ads.

The Lincoln Project’s Madrid retweeted the image with the message: “I’ve never pushed out a union message before but damn...they’ve nailed it.”

More examples of users who appear to have reshared the image as official content are available on Twitter here and here, on Facebook here and in an online article here.

Mail-in ballots are a safer alternative to in-person voting for Americans fearful of the novel coronavirus, which has killed more than 170,000 people in the US, the highest toll of any country.

With the appointment of Postmaster General General Louis DeJoy, a frequent Republican donor, by the USPS Board of Governors and new cost-cutting policies came anxieties that the mail will be slower come election time.

Trump has repeatedly claimed that mail-in voting for the presidential election will result in widespread fraud, although there is no evidence to support such claims, which AFP Fact Check has previously addressed. Trump even suggested delaying the November 3 election, something which has virtually no chance of being accepted.

Critics, including Barack Obama, say Trump is trying to undermine the postal service to win the election.