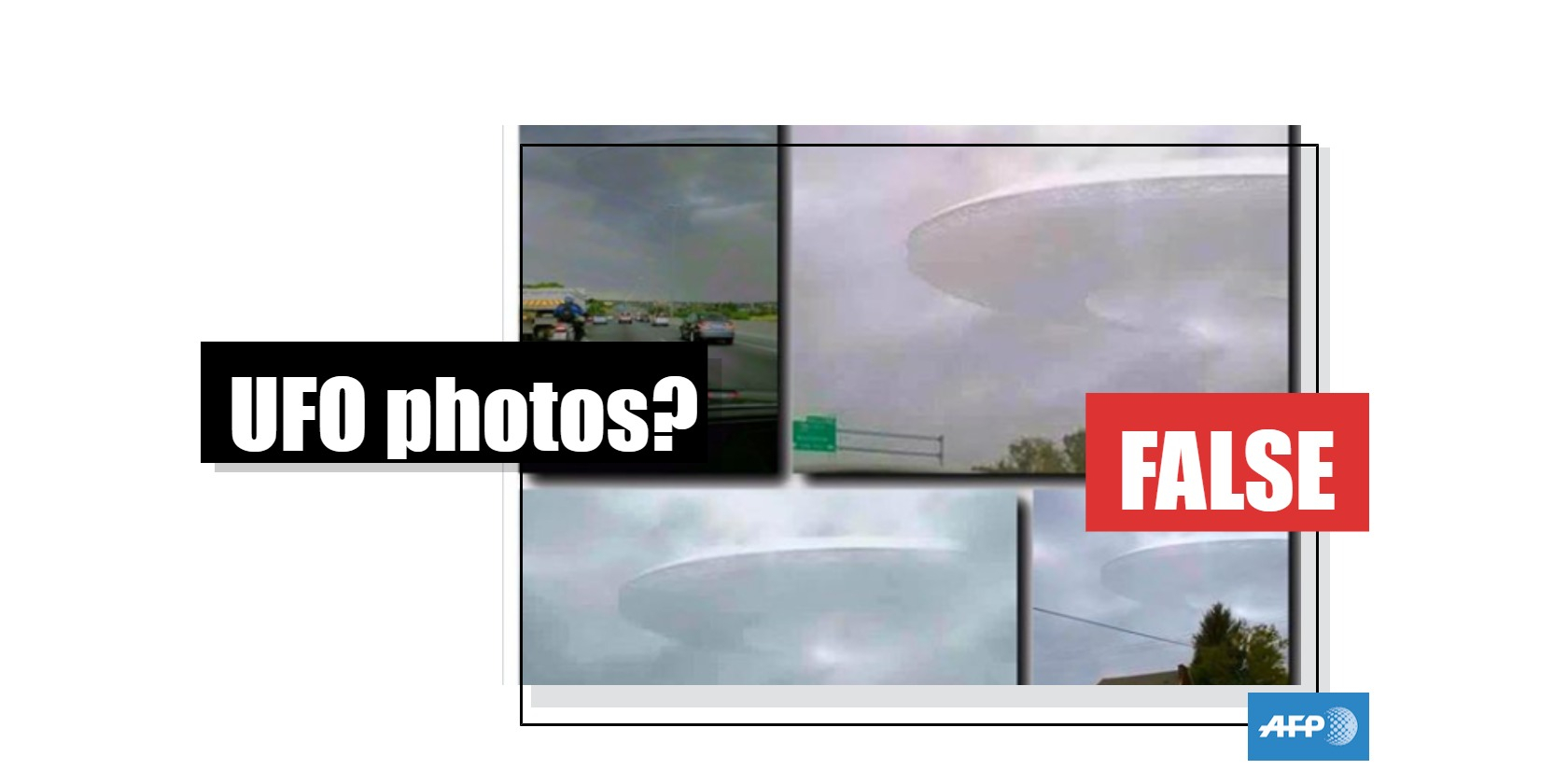 Several Facebook posts, each shared tens of thousands of times, report UFOs in the sky and the subsequent censorship of all photos of the alleged occurrence. The photos are part of a hoax which sprang up after a 2015 contest when the same image of a flying saucer was edited into ordinary photos.

“Yesterday afternoon in Memphis 4-6 random people posted these pictures on social media,” Facebook user Ashley K wrote as a caption for the UFO photos in a post referencing a city in the US state of Tennessee shared 49,000 times. “Why isn't this being broadcasted on all major media outlets?” she wondered. The post is a collection of four photos of four different locations, which all feature the same immense white flying saucer hovering in the sky. 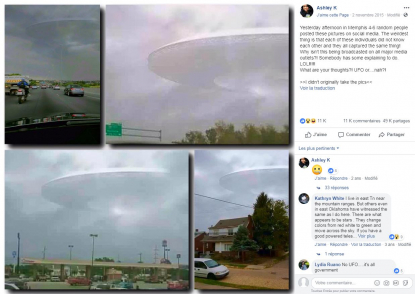 The fabricated photos date back to 2015 and have already been identified as false. Despite this, recent publications in English and in French were shared several hundred thousand times. 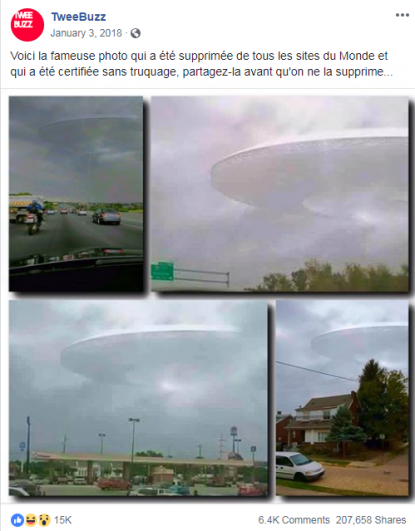 Several details demonstrate that the photos and the information they attempt to convey are false. The flying saucer is the same in all of the photos, no matter where in the world the photos were allegedly taken. It is always shown at the same angle, with the same part hidden by clouds. The brighter spots on the top and bottom center of the UFO are identical despite the varying weather and time of day of the photos, which shows that the same image was added to each photo.

The image used in all four photos was actually designed by a Finnish artist and science-fiction enthusiast in 2006. In October 2015, Camera360, a photography application, launched a contest on social media to promote a new filter, “Endwar.” The filter allowed users to add UFO images to their own photos. Users then shared their creations on Facebook, Instagram, and Twitter, using the hashtag #heyufo. 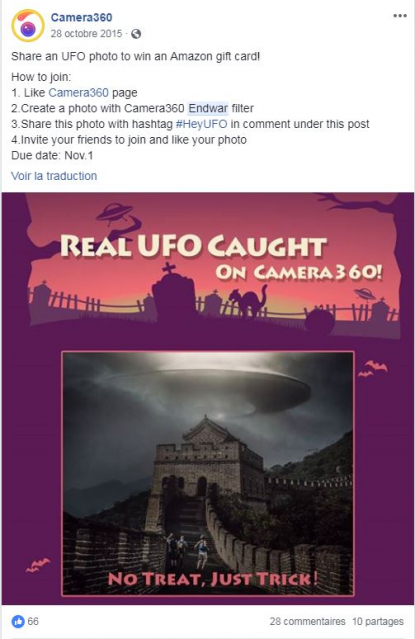 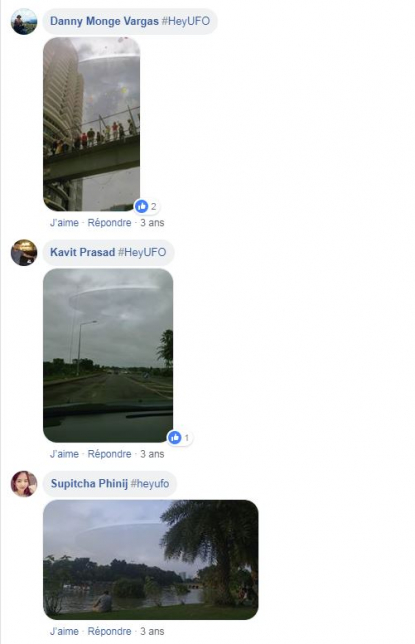 Several of the images above include the same flying saucer that was used in the viral posts. Those post first appeared on social networks around the same time the contest took place, between late October and early November 2015.