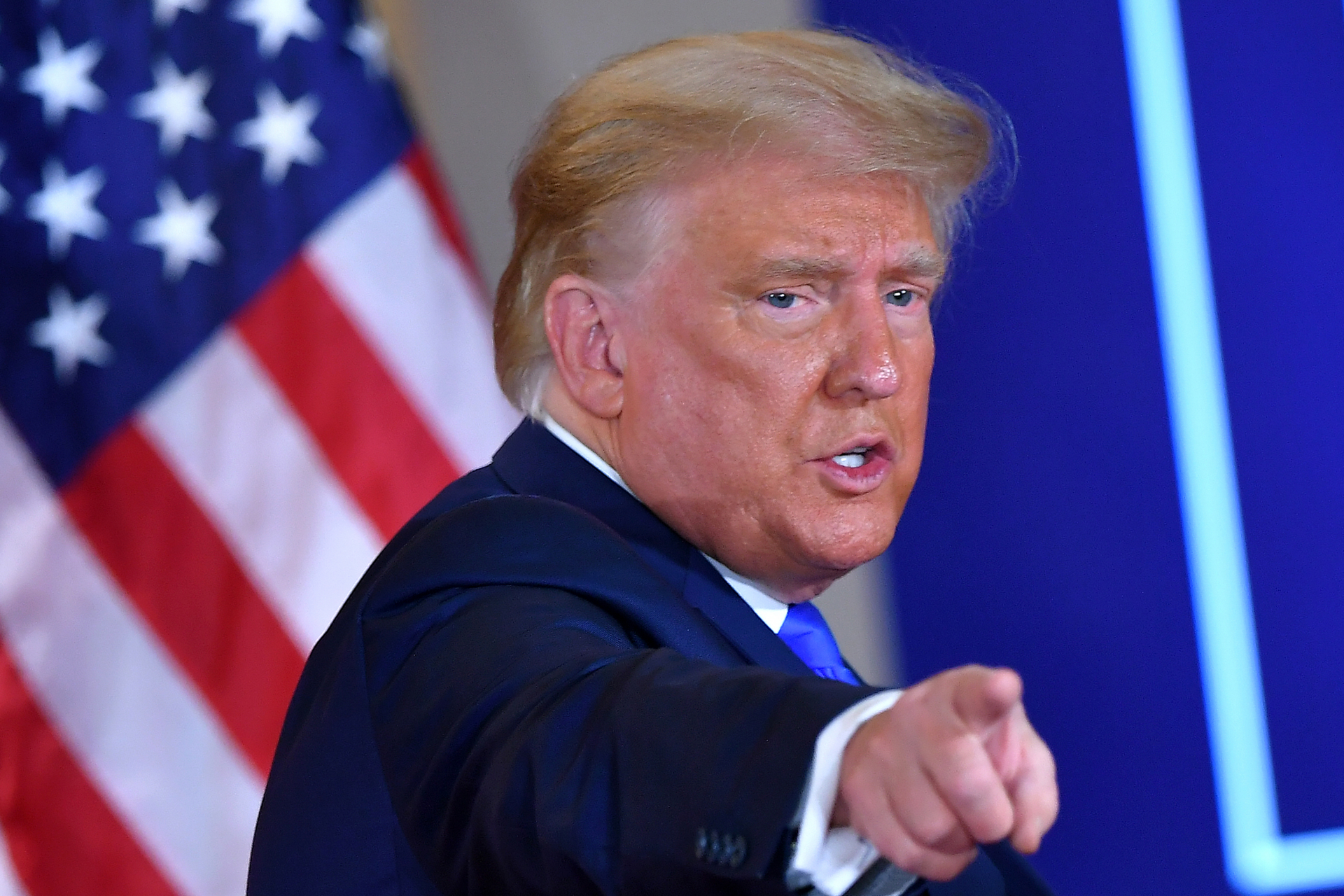 Former US president Donald Trump claimed in an interview with Fox News that his controversial wall on the Mexico border is nearly complete. But US Customs and Border Protection (CBP) data shows that almost 300 miles of planned construction has not been finished, and President Joe Biden plans to end the project.

“The wall is almost complete, we just had to fix little sections, complete little sections,” Trump told Fox’s Maria Bartiromo on March 16, 2021, adding: “They could have it finished in a month and it would be just magnificent.”

Trump’s push for a wall on the southern US border was a central part of his run for the presidency in 2016, a move that enthralled his supporters, with chants of “Build the wall!” a frequent feature of his campaign rallies. He promised that Mexico would pay for the barrier -- something that did not occur.

Biden opposes the wall and called it a “waste of money” in a January 20 proclamation in which he ordered that existing construction projects be paused, and said that it “shall be the policy of my Administration that no more American taxpayer dollars be diverted to construct a border wall.”

Trump’s claim on the state of the wall is contradicted by information from the CBP, which shows that out of 738 miles that were funded, only 458 had been finished as of January 2021 -- most of it replacement of existing barriers. 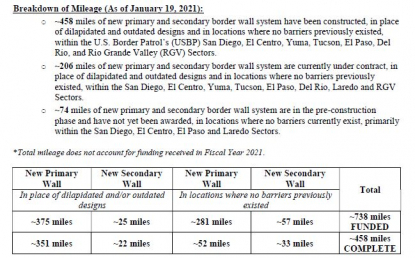 A screenshot taken on March 17, 2021 shows data from US Customs and Border Protection

According to the CBP, “458 miles of new primary and secondary border wall system have been constructed, in place of dilapidated and outdated designs and in locations where no barriers previously existed.”

A further 206 miles were under contract, while 74 miles were “in the pre-construction phase and have not yet been awarded.”

A wall covering the entire border would have to stretch nearly 2,000 miles in total. It was not Trump’s plan to cover the whole boundary between the US and Mexico.

Speaking about vaccines against Covid-19, Trump said of Biden in the interview: “We gave up to 1.3 millions shots a day before he even took over.” This is inaccurate.

According to data from the US Centers for Disease Control and Prevention, daily vaccinations did not reach that figure until it was surpassed on January 20, Biden’s first day in office.

According to the US Energy Information Administration, America was a net importer of oil for most of Trump’s presidency, though it became a net exporter for part of 2019 and much of 2020.

Even in months when exports exceeded imports, the US was still buying oil from foreign sources, meaning fluctuations in the international market impacted the country, which also imports other sources of energy.