These three icons of the 1960s never posed for this photo

“You may think you're cool but you'll never be as cool as Bruce Lee and Jim Morrison chilling while Jimi Hendrix snaps a selfie in 1969 cool,” claims the caption of a photo shared thousands of times on social media over several years. 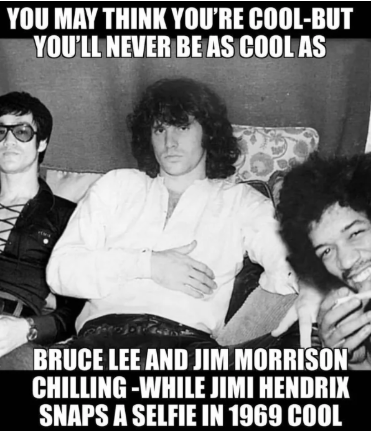 Although it has been debunked by Snopes and AfricaCheck, the fabricated image has persisted online, whether on Twitter, Facebook, as a meme or just as a photo.

However, a reverse image search reveals the photo is nothing more than a composite of three different photos taken at different times.

The background of the photo came from a 1967 photoshoot by Gloria Stavers, editor-in-chief of 16 magazine. In it, Jim Morrison poses alone while sitting in the center of a couch.

The photo and others from the photoshoot are available for sale on various websites, one of which specifies that the back of one photo includes the mention “in Gloria Stavers Apt. N.Y. 1967.” 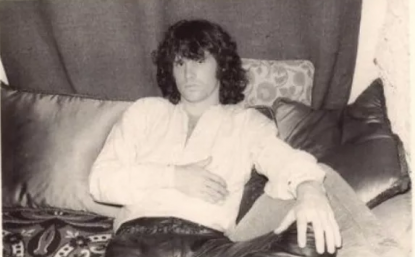 Screenshot of a Morrison photo on a memorabilia website taken on May 15, 2019 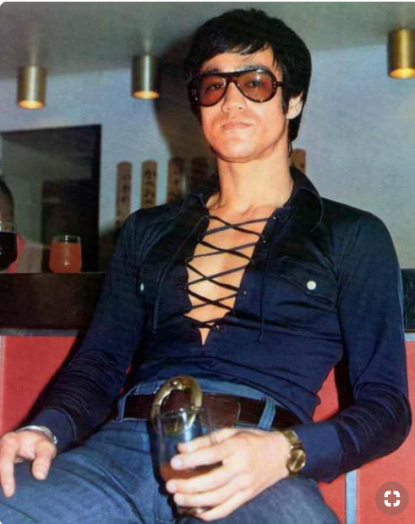 Screenshot of a photo from the Bruce Lee Family Company archive

Two identical versions of the Jimi Hendrix photo bearing the signature, “Love Always - Jimi Hendrix” written with different pens can be found online on these memorabilia websites. The exact origin of the photo could not be verified. 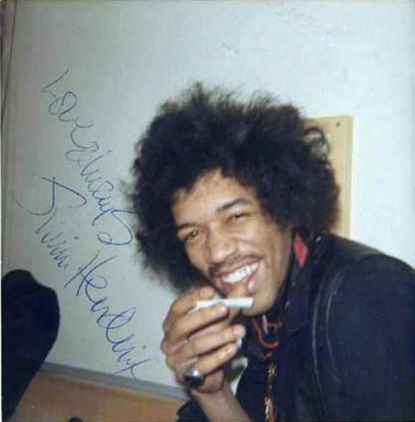 Screenshot of a Hendrix photo from a memorabilia website 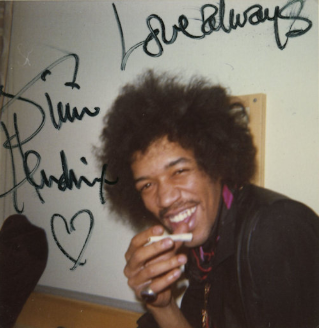 Screenshot of a Hendrix photo from a memorabilia website

Although Hendrix, Morrison and Lee never posed together for a photo, at least not one publicly available online, all three were popular culture icons of the 1960s, and all died at a young age, in 1970, 1971, and 1973 respectively.

Morrison and Hendrix knew each other well enough to have jammed together on several occasions, the recordings of which were subsequently turned into albums.